Lumiere Photo is back; The Yards winter art residency kicks off

"You Want it Darker"

Following a heart attack in February 2017, Lumiere Photo founder Bill Edwards came to the grim conclusion that he had to close up shop in the end of March. Lumiere remained partially operational for months while Edwards focused on healing and discussed selling the business to potential buyers. Throughout 2017 Lumiere still offered digital printing and limited framing services to customers, but against the odds, the business is fully operational once more, and last week hosted its second First Friday event since returning to full-time hours in late November.

Despite the brutal temperatures, a dedicated crowd came out for the reception for "You Want it Darker," an exhibit of layered, digitally-manipulated "emotional landscapes" by JFK/AJVK (the art appellation of John Kosboth) and Sasha Rose Herbert's large-format photomontages from her "Inbeneath" series. The evening also included live music by Matt Sauer and Eric Witkowski and a poetry reading by Harlow Crandall.

Installed on the walls of the business space, JFK/AJVK's work is a dreamy crash of faces and places that reads like a remix of reverie and imagination, and pairs well with Herbert's enigmatic, interrupted and repetition-heavy imagery that's installed in the building's long hallway.

In addition to offering framing, the business provides digital retouching and fine art and wide-format printing services. The team plans to get its online store up and running in a matter of weeks; , through the web, they'll offer frame and mat kits as well as archival supplies and accessories.

Edwards retained his role as president of Lumiere and oversees the overall business. Framing Manager Rheytchul Kimmel runs the day-to-day business of designing with customers, ordering supplies, housing, matting and framing works, and installation if the customer desires. Nikki Miller is handling digital printing services and Ginny Byers is the off-site accountant.

Lumiere began participating in First Friday art openings again in December: "Welcome Back" featured paintings by Diane Elmslie and Jeana Bonacci-Roth. Going forward, the space will host monthly art openings, with music and poetry readings at least every other month — with stepped-up frequency beyond First Fridays as the weather improves. Kimmel says that artists should watch Lumiere's Facebook page for calls for work that will include opportunities to participate in gallery shows, pop-up shops, music events, and more.

Slideshow "You Want It Darker" at Lumiere Photo 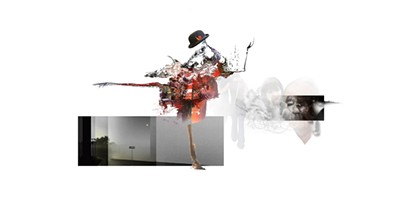 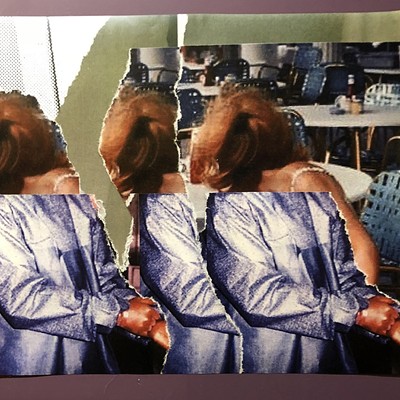 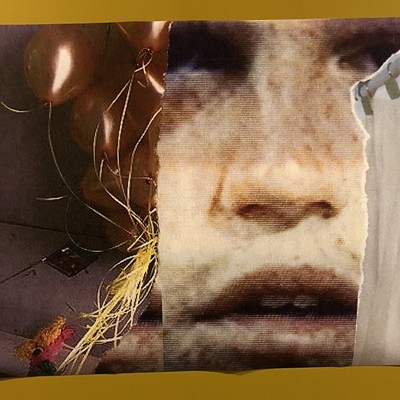 The 2018 edition of The Yards Collaborative Residency kicked off over the weekend with open studio hours during which visitors could chat with this round's artists as they settled into the space. Now in its sixth year, the residency draws not only local makers but also artists from elsewhere, like Caleb Sarvis, who's based in Myrtle Beach.

Sarvis says he's interested in how individual memories and experiences impact how his work is interpreted differently by each viewer. His current paintings incorporate elements of typography and stylized shapes, as well as stream-of-consciousness observations in hand-written cursive.

Brooklyn-based artist Annalisa Barron will be creating wearable and performative sculpture, including an optical Theremin that will be played by Rochester-based soundscape and spoken word outfit, The Velvet Noose, whose members Alyson Trombulak and Harold Taddy are also taking part in the residency.

In the group of Rochester-based artists is Christie Nesbit, who creates collages and assemblages reflecting her concern with the coexistence of joy and pain within memories. The work has a distinctly vintage tone to it — she gets her materials by treating consignment shops, antique stores, and estate sales like an art supply store.

Rose Richter creates intricate portraits of natural elements — frogs, birds, and bugs — using charcoal she harvests directly from the fire. Accustomed to drawing sketchbook-sized paper, Richter says she's interested in making more impactful, larger-than-life drawings during this residency. Lisa Marie Rickman is planning to create ink, watercolor, and gold leaf illustrations that merge the myths and aesthetic styles of her dual heritage — her mother is Dominican and her father is German — to create a new pantheon that represents various archetypes. At the moment she's engaged in researching and doing warm-up sketches.

Rebecca Lomuto wasn't yet set up in the common space when I visited — her own studio is at The Yards — but you can read CITY's profile on Lomuto and her work in the most recent Emerging Artists feature.

The public can track the artists' progress each Saturday in January from 10 a.m. to 2 p.m. At the residency's conclusion, a First Friday studio showcase will be held Friday, February 2, from 6 p.m. to 11 p.m. 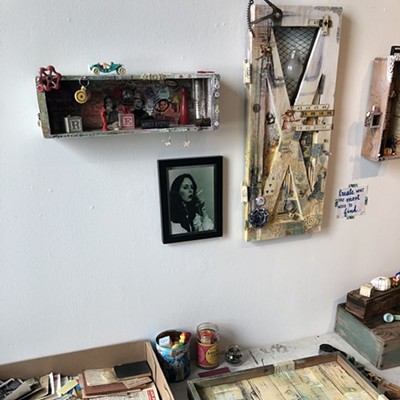 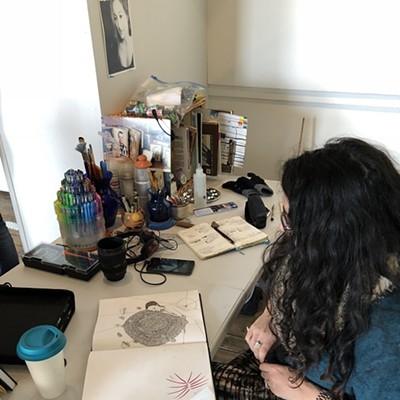 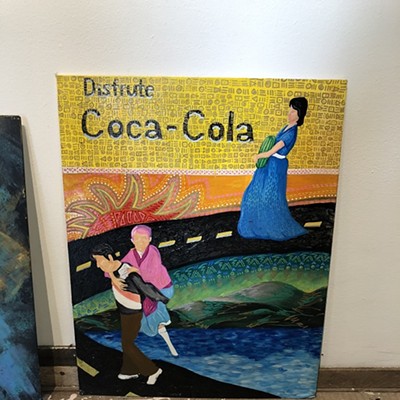 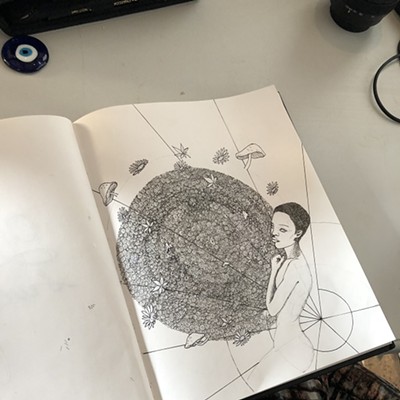 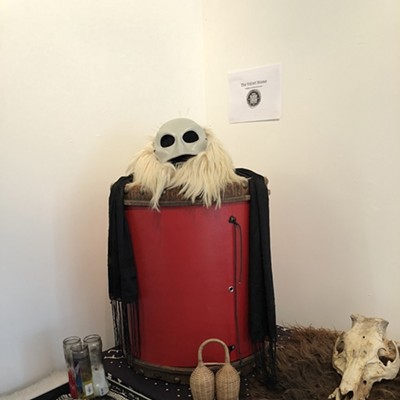 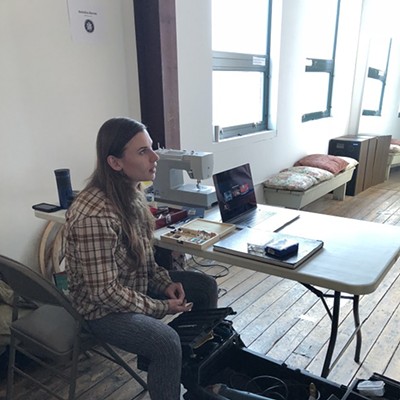 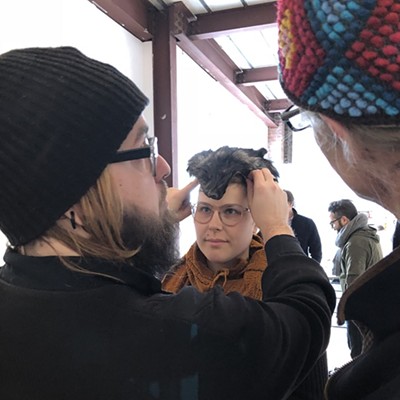