Lucinda Storms stands out across styles

December 23, 2015
You can find more work by Lucinda Storms at pinterest.com/luxinda

On a recent chilly, rainy morning, painter and glass bead maker Lucinda Storms and I drank tea and discussed her work in her cozy space at the Hungerford Building, where she has had studios on and off for 20 years. Currently, she's situated in a long space on the third floor, her row of windows providing an excellent view of the bustling train yard below. With bundles of colorful glass rods and dishes of paint tubes organized by hue, the studio looks like the art equivalent of a candy store.

Storms shows and sells her paintings at Best Coffee at the Market (50 Public Market). Currently, the roastery and café has some of Storms' large-scale paintings of geese and ducks floating on gently rocking water, and another with a thick cluster of roses emerging brightly from dark foliage. 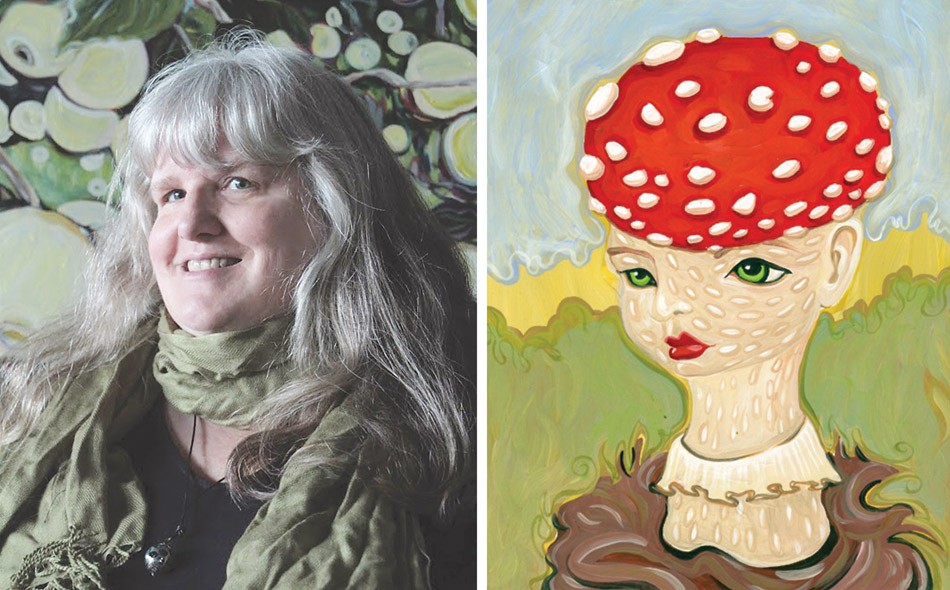 She paints in reverse from the way most people do, beginning with darker hues and building lighter, luminous layers on top. Her brushstrokes insinuate motion, building a world vibrating with energy.

"A lot of my work used to be super political," she says. "I was very interested in the dichotomy of things that were very difficult to look at, but made with very beautiful paint."

Storms says she became disillusioned with the responses she was getting, and felt like she was mostly preaching to the choir.

She still has a painting she made 15 years ago, which she describes as her 'transition' work. "It's a painting of lotuses, and it was about serenity," she says. "I just never went back."

Storms' concern with social issues still comes through, albeit in a subtler way. Her ongoing "Pet Privilege" series of pet portraits — mostly of small, pampered dogs — is her way of bringing light to a huge discrepancy between the way people care for pets and other Rochesterians.

"One day I was looking at my dogs," she says, "and I was like, 'Do you know that you live better than 90 percent of the children in this city? You're always warm, fed, have adequate medical attention ... you eat organic food!'"

Storms began painting images of the pets owned by her circle of friends, and asks her buyers to send the money to Foodlink. She encourages them to send a check that matches their expenditure on pet food.

The project is not meant to condemn people who take great care of their furry companions, she says. "But we have to wake up and think about all of these children in this city ... it's really bad."

Slideshow The artwork of Lucinda Storms 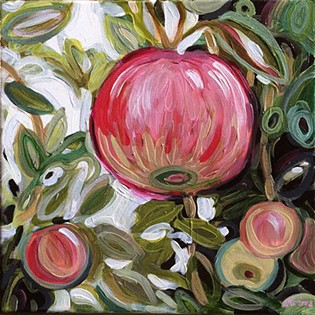 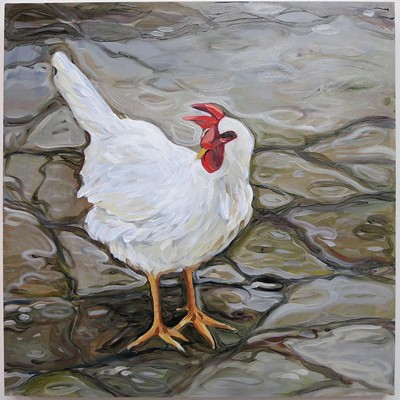 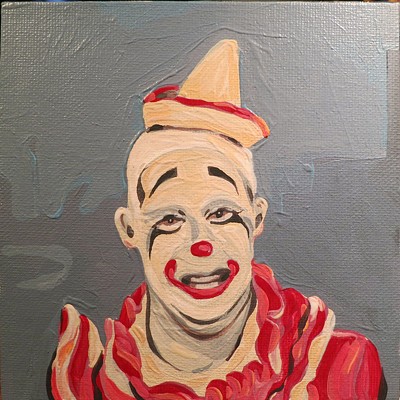 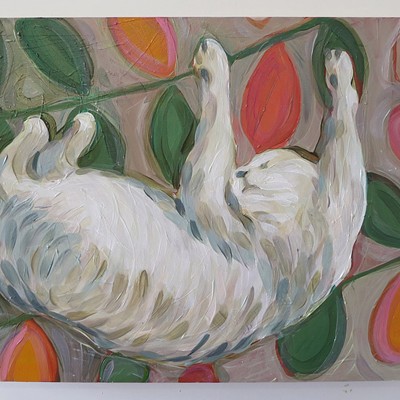 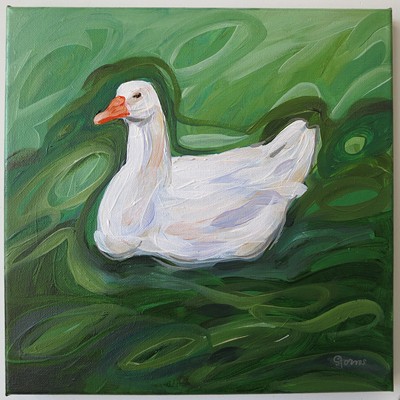 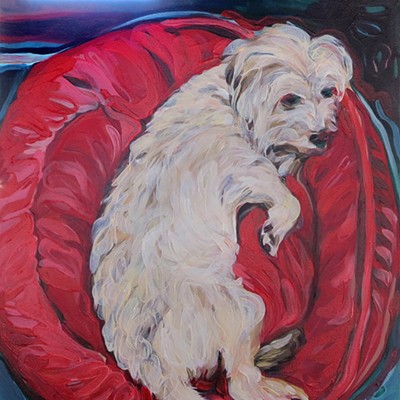 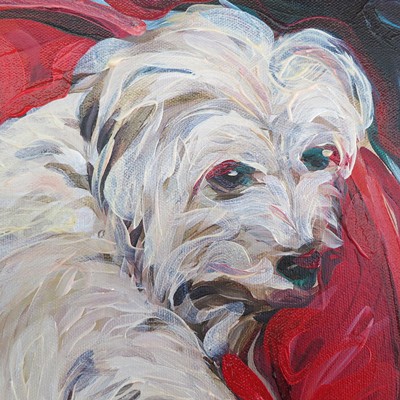 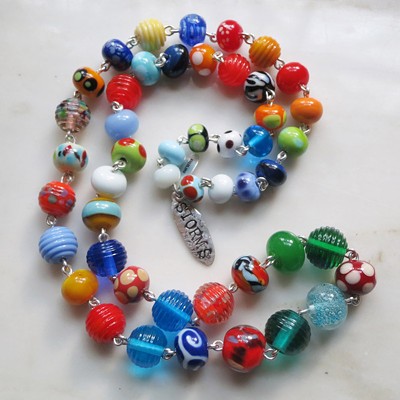 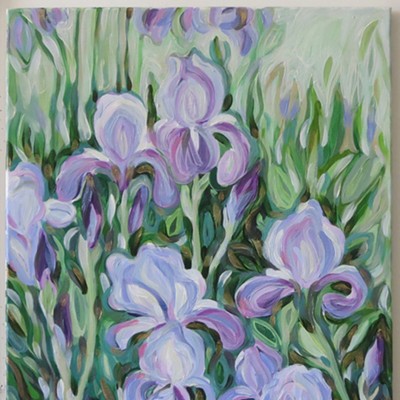 Though her nature paintings appear to have been made on-location, Storms paints exclusively indoors.

"I always paint nature, but I never paint from life," she says.

Sometimes Storms will go on excursions with plein air painter friends. "But I tend to end up wandering around with my camera, looking for paintings," she laughs. "Everything is painted from a photograph, but it goes through a long process on the computer until I have the image that I want."

Storms is an ace with Photoshop and editing. For almost a decade after college, she worked in advertising, making television commercials and all kinds of print ads. She worked for some big companies, including cigarette giants, an experience she describes as "horrific."

"That's when I met Richard," she says, speaking of her husband, who owns The Record Archive. "I had never really been around anyone who was self-employed."

Within two years, the company she worked for imploded. She was a new mother to Margaret, who is also an artist. "I decided, 'I'm not going back to this. I'm done. We're gonna make this work.'"

In addition to painting, Storms creates charm bracelets and other jewelry from glass beads she makes, she designs band posters and business cards, and makes mountains of music- and pop-culture oriented pins.

She started making glass beads more than a decade ago, at the behest of her friend Elizabeth Lyons, owner of More Fire Glass.

Storms' highly layered paintings can take months to finish, so Lyons suggested she take a class in lampworking for a quicker creative fix.

"I knew I would like it, because it was fire," Storms says. "I was the child who set everything on fire — my father had a pit in the backyard, and he said, 'Okay, just, here. You can burn anything you want, as long as you know it's not dangerous to burn, right there. In the hole.'"

There are a few Lucinda Storms paintings out there that, while well-executed, are less than representative of Storms' oeuvre. These were the result of an unsavory interaction with a rude studio visitor, who wasn't what you'd call "concerned about supporting artists."

During a First Friday open studio night last winter, a well-dressed woman asked Storms if she would again donate paintings of birds for the annual 6x6 show at Rochester Contemporary, because she'd like to scoop another this year, "on the cheap."

Each artwork in the fundraiser is sold for $20, and Storms has similar paintings in her studio for just $40 — not an insurmountable expense for this woman, Storms imagined. The woman reiterated her request for bird paintings, and left.

That year, Storms submitted three clown paintings to 6x6 (all of which sold).