Louis C.K. to perform in Rochester in September 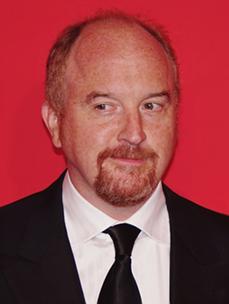 Comedian Louis C.K. is scheduled to perform in Rochester in September as part of an extensive tour aimed at relaunching his career after it imploded in 2017 following his admission of sexual misconduct.

He is to take the stage at Kodak Center on Sept. 19 following a stop in Syracuse the previous night. The show is part of a 50-performance tour across 30 American cities spanning five months. The tour begins in New York City on Aug. 13 and concludes in Boston on Dec. 11, with stops in Albany and Binghamton in between.

Next year, the comedian has plans to tour Europe, stopping in The Ukraine, Romania, Denmark, and Germany, according to his website.

He later issued a statement in which he confirmed the allegations and expressed regret, but did not make an overt apology.

The backlash to his acknowledgement of his behavior, which came at the height of the #MeToo movement, was swift. Plans for a television series and feature film in which he was to star were quickly canceled.

Louis C.K. has performed stand-up occasionally since the scandal, but has not gone on tour.

In an email to fans announcing the tour, the comedian wrote, “Hello Person that you are being right now, I am writing to you today because I am going to be touring around the United States of America….I’m really looking forward to seeing your faces as I tell some rather impolite jokes and stories,” according to the New York Post.