When local public schools teach students about segregation and the Civil Rights movement they focus on people and things like the Rev. Dr. Martin Luther King Jr., Rosa Parks, and the Jim Crow-era South.

The 1964 uprising in Rochester is largely absent.

Students aren’t always taught how New Deal-era lending laws segregated the region — especially the city of Rochester — through a system known as redlining, or about how laws, policies, and prejudices of the past and present laid the foundation for structural and systemic racism today. 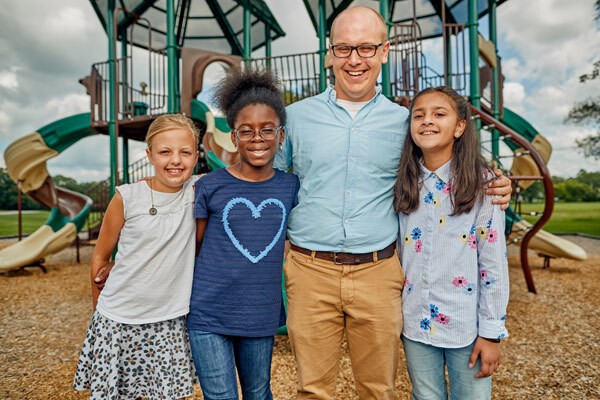 But a group of local educators is aiming to change that, starting this fall, by offering up an antiracist curriculum for Monroe County schools to use. The Webster, Fairport, Rush-Henrietta, West Irondequoit, Rochester, and Spencerport school districts, as well as Allendale Columbia School in Pittsford, have already signed on to pilot the curriculum this year.

“Kids are hungry to understand the world that’s going on, whether it’s coronavirus or protests,” said Shane Wiegand, a fourth grade teacher in the Rush-Henrietta district whose own curriculum work is providing the foundation for the effort. “What we want to do is help teachers have a way to give kids context, think critically, and draw their own conclusions about what’s happening and how we make our world a more just and equitable place.”

Wiegand and Kellie McNair, co-principal at Longridge Elementary in Greece, are co-leading the effort through the PathStone Foundation, an arm of the PathStone nonprofit community development organization, which supports housing and anti-poverty programs. They’re working with other educators and community leaders to develop curriculum for grades 2, 4, 5, 8, 11, and 12 focused on Rochester’s history and present-day reality of structural racism, as well as resistance against it.

The effort builds on a curriculum that Wiegand first put together for his fourth-graders eight years ago and that he’s continued to develop. He had just finished a unit about segregation in the South, the civil rights movement, and King, when a student asked him if anything similar had happened in Rochester. Wiegand didn’t have an answer but told the student he’d find out. He began doing in-depth research that proved to be a learning experience for him as well.

“It was the first time that I learned that we had an uprising in 1964 and that there was redlining,” said Wiegand, who attended Webster schools.

Wiegand has since trained 200 teachers in the Rush-Henrietta, Webster, Rochester, West Irondequoit, and Pittsford districts on the fourth-grade curriculum he developed.

Individual teachers can incorporate elements of the curriculum into their classrooms, though ideally the plans would be implemented district-wide with the approval of superintendents and administrators in charge of instruction, Wiegand said.

The expanded curriculum employs an inquiry-based approach, in which students conduct research using primary sources, including an extensive catalog of old newspaper articles; deeds that restricted future owners from selling houses to Black people, Italians, and members of other racial and ethnic groups; maps; reports on local demographic data, and interviews with local Black leaders and trailblazers, that Wiegand has compiled.

The curriculum and classroom projects, which Wiegand and McNair said would be consistent with state requirements, will build in complexity as the students progress through the grade levels.

For example, second graders would likely focus on topics such as students’ identities as well as acceptance and understanding of people from different groups, McNair explained.

A higher grade level might begin a lesson by looking at a census map of the city and transitioning into research and discussions about how federal lending policies — and the banking and real estate industries — segregated black people in certain city neighborhoods, Wiegand added.

The curriculum will also be paired with professional development for educators, especially around helping white teachers identify their privilege and readying them for difficult conversations with students.

Wiegand said that’s something he had to learn through experience. Students have asked if he benefited from redlining and he explained that both of his grandparents got mortgages to buy houses that people of color couldn’t get mortgages for, in turn helping his family build wealth, helping send him to college, and helping him buy a house.

McNair, who is part of the Greece District’s culturally responsive education training team, noted that educators who are going to teach an antiracism curriculum need to understand how their race impacts their lives and how a student’s race impacts theirs. For white teachers, that means understanding how they have benefitted from the systems they’ll be discussing.

“There’s got to be that first awareness for yourself and then awareness of others,” McNair said.

This article has been updated to include additional schools and districts that have signed on.