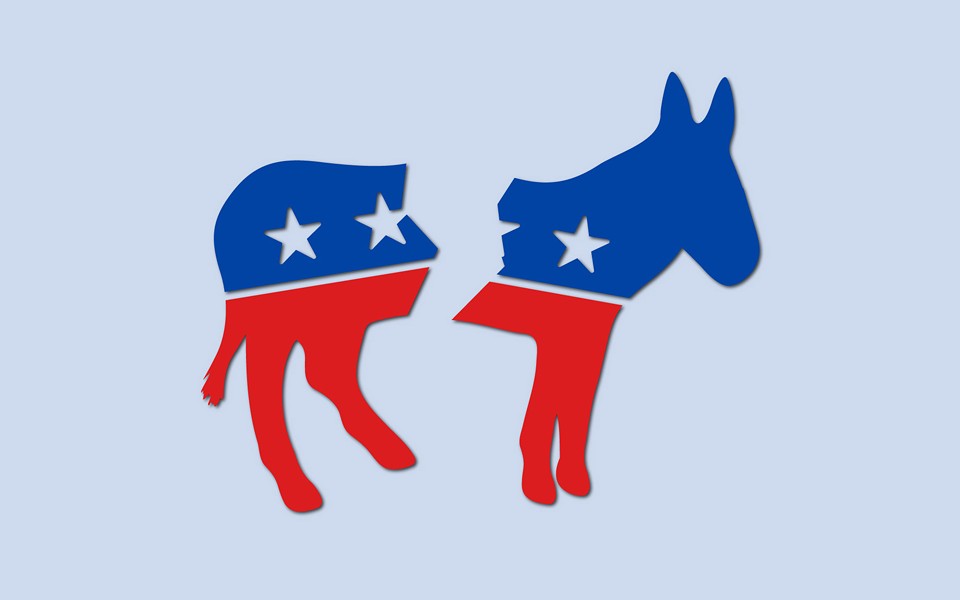 ILLUSTRATION BY RYAN WILLIAMSON
Several members of the Monroe County Democratic Party and its former chairman sued Democratic county legislators on Monday to stop them from moving forward with choosing an elections commissioner.

In their petition for an injunction, the plaintiffs implied that legislators taking action to install a new commissioner would be akin to stealing an election and cause irreparable damage to the integrity of the Monroe County Board of Elections.

“A stolen election always results in irreparable harm,” the petition read. “Impropriety and the appearance of impropriety erode our community’s faith in our leaders and, more importantly, the democratic process itself.

“Practically speaking, if an appointment is made for a Board of Elections commissioner and the appointing is subsequently overturned as unlawful, there will be several irreparable, adverse effects that can and must be prevented.”

The lawsuits marks the latest salvo in a simmering intra-party feud over the process to select an elections commissioner. It was filed in state Supreme Court and named as defendants, in addition to Democratic legislators, the Monroe County Democratic Party and its chairperson and lawyer.

Vincent Felder, the Democratic minority leader of the Monroe County Legislature, called the lawsuit “baseless” and “completely stupid,” and chalked it up to political posturing by enemies of Mayor Lovely Warren and the emerging party base loyal to her.

The mudslinging comes as the Board of Elections prepares for a complex election season amid a pandemic that has upended traditional voting.


HOW DEMOCRATS GOT HERE

The Board of Elections, like other elections boards in New York, is overseen by a pair of co-commissioners, a Republican and a Democrat.

The position of Democratic commissioner has been vacant since March 5, when the former commissioner, Colleen Anderson, resigned to take a job in the administration of County Executive Adam Bello.

The process for selecting an elections commissioner, as laid out in state Election Law, is straightforward.

When a vacancy occurs, the leaders of the respective party — in this case the Monroe County Democratic Party — are to recommend a candidate for commissioner to the county Legislature within 45 days of the seat being open. Legislators are then to vote within 30 days to formally appoint the candidate.

The county Democratic party did not formally recommend Boose to the Legislature within 45 days of the vacancy.

Felder, the Legislature’s Democratic minority leader, announced late last month that his caucus would select an elections commissioner in the absence of timely action taken by the county Democratic Party.

Applications were due to the Democratic caucus last week. Felder said the caucus received eight submissions and would interview candidates this week. He did not know when an appointment would take place.

The party had initially planned to fill the commissioner vacancy by having a small committee vet candidates and make a recommendation. But, after some enrolled Democrats objected, the party agreed to hold a convention, in which hundreds of enrolled Democrats could have voted.

As the lawyer for the party, Nathan Van Loon, has told it, though, the convention was derailed by the pandemic and state executive orders barring gatherings that made holding a vote impossible.

The plaintiffs contend, however, that the process was dragged out by backroom politics over whether to install Boose.

Boose has little experience at the Board of Elections but has previously worked on several campaigns and was publicly supported by Warren in two bids for public office that were ultimately unsuccessful. Boose was named deputy commissioner in August.

“This is a faction of the party, mostly, a faction of people who hate the mayor,” Felder said of the lawsuit. “Because LaShana Boose has been in this job for two months and because she’s associated with the mayor, they’re viewing this as a proxy fight to take a shot at the mayor.”

Warren last month publicly called on Democrats in the legislature to select an elections commissioner, but made no mention of Boose. She has said that the Democratic wing of the Board of Elections is not functioning properly because Boose’s “acting” status has prevented the hiring of a new deputy.

The plaintiffs in the lawsuit include four members of the county Democratic Party’s executive committee, former party chair Dave Garrettson, and a former county legislator and candidate for the commissioner post, Saul Maneiro.

Last week, the executive committee members among them called a mail-in vote to election a new commissioner — a move derided by some party leaders as useless and one that put the factions on a collision course for court.

Meanwhile, the Legislature’s Democratic caucus is moving forward with its interviewing process.

It recently issued protocols that called on legislators to, among other things, not publicly discuss or publicize the contents of the interviews publicly, not record the proceedings, and restricted the phrasing of questions posed to commissioner candidates.

One legislator, Rachel Barnhart, of Rochester, bristled at the demands. Despite being a defendant in the lawsuit by virtue of her elected office, she opposes the notion of legislators choosing the next commissioner.

“This is an elected position, not a private job interview,” Barnhart said. “There is a lot of evidence this is a corrupt, rigged process: restricting what legislators can ask, scheduling at the last minute, not allowing recordings, and not allowing 1,700 committee members to vote. This is the kind of stuff Putin would do.”

The protocol also demands that eight of the 14 Democratic legislators agree on a candidate. If legislators cannot reach a consensus, no candidate will be appointed.

With the presidential primary, the general election, a host of vacancies in local seats, and the pandemic complicating traditional voting, the 2020 election is one of the most complex for local elections officials in years.