ILLUSTRATION BY RYAN WILLIAMSON
A coalition of Monroe County Democratic Committee leaders has called a mail-in vote to elect a new county elections commissioner — a move that intensifies a simmering dispute within the party and puts the warring factions on a collision course for court.

The group of MCDC executive committee members unveiled its plans in a news release Thursday, a week after the Democratic minority leader in the county Legislature announced that his caucus would choose the next commissioner.

Both sides claim to have the law on their side and, if neither relents, the matter is almost certain to end up in court, party representatives said.

At issue is the selection of a county Democratic elections commissioner, who, with a Republican counterpart, runs the Board of Elections and ensures the sanctity of the democratic process.

The procedure for choosing a commissioner is a relatively straightforward one outlined in state Election Law. But the process has been marred by intra-party bickering and the pandemic, and placed the current acting commissioner, LaShana Boose, at the center of the controversy.

In a nutshell: Some party leaders want Boose appointed permanently, while others do not. 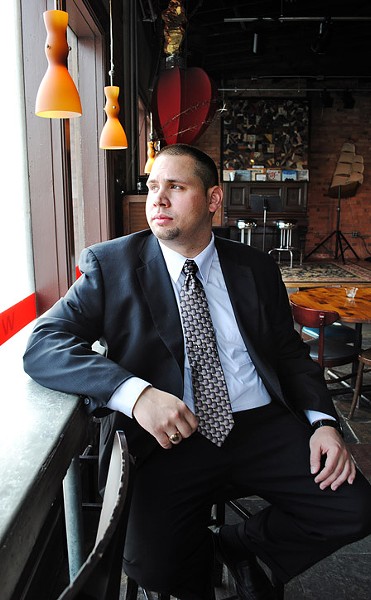 “This is a manufactured crisis to guarantee the outcome for one candidate,” Anthony Plonczynski-Figueroa, a Democratic leader of the city’s 21st Legislative District committee, said in reference to Boose.

Plonczynski-Figueroa is among the 12 executive committee members spearheading a mail-in vote. His group has set a May 20 deadline to nominate candidates and plans to mail ballots to more than 1,700 committee members on May 22.

Committee members would have until May 29 to return ballots in the mail and the count would take place June 3, according to the plan.

Ploncszynski-Figueroa contends the mail-in election is supported by state Election Law, guidance from the state, and a legal opinion from the county attorney, John Bringewatt.

“This is what should have happened in the beginning of March,” Plonczynski-Figueroa said.

WHERE IT ALL BEGAN

The dispute began to unfold in late February, when the former Democratic commissioner, Colleen Anderson, announced her resignation. When she stepped down on March 5, her deputy, Boose, was elevated to acting commissioner, as required by state law.

If the party does not recommend a candidate, or legislators do not act on the recommendation within 30 days, legislators from the party in question — in this case Democrats — may appoint the commissioner.

But the coronavirus pandemic, and the shutdowns associated with it, threw a wrench in the gears.

The coalition of executive committee members argue that a mail-in election can effectively replace the convention, and should be used to do so.

The party’s lawyer, Nathan Van Loon, disputed that argument and said that because the 45-day clock has expired, the matter is now in the hands of the Legislature.

“It’s noble in intent,” Van Loon said of the mail-in election push. “There’s no provision in the bylaws for what they want to do.”

Plonczynski-Figueora responded, “If they try to challenge this, we’re going to court.”

The push comes after Mayor Lovely Warren in late April publicly called on legislators to appoint a commissioner, arguing that the MCDC’s clock had run out and that the Board of Elections was not fully functioning. For instance, there is no deputy Democratic commissioner.

In response, some Democratic county legislators requested a legal opinion from the county attorney, John Bringewatt, who subsequently advised them in a three-page memo that it would be “premature” for legislators to act.

Felder, like the mayor, has made his support for Boose known. Boose has been with the Board of Elections since August, when she was tapped by Anderson to be the deputy commissioner.

Felder’s announcement caught some legislators off guard, however. Legislators Rachel Barnhart, Yversha Roman, and Linda Hasman issued a statement arguing that the governor’s shut-down orders effectively stopped the clock on MCDC to act.

On Thursday, Barnhart said she believes the law is with the executive committee members and that she was relieved to see the group taking action.

“I have been deeply concerned about the county legislature potentially engaging in a rigged process that doesn't conform with the governor's executive orders,” she said.