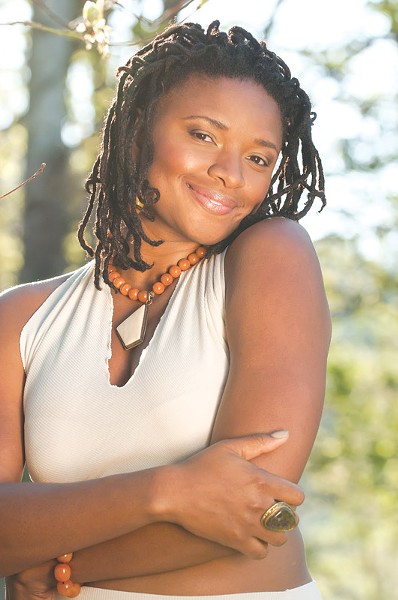 When I caught up with vocalist and composer Lizz Wright by phone, she was in New York City getting ready to sing at a benefit for The Innocence Project. Wright, who synthesizes R&B, jazz, folk, blues, and gospel music, is still basking in the glow of her excellent new album, "Freedom & Surrender."

Produced by Larry Klein, who has worked with Joni Mitchell, Herbie Hancock, Madeleine Peyroux, and many others, the album represents Wright at this stage in her career and her life.

Wright co-wrote many of the songs, collaborating with veteran songwriters like Klein, Jesse Harris, JD Souther, and David Batteau.

"It was wonderful," Wright says. "I set out to write with a lot of people because I wanted to be quickened in my own craft, and I knew that everybody had a different approach. I really wanted to feel their pace and how they worked."

"This record was one of love songs, and I wanted to give voice to different types of archetypes we slip into and the roles we play, but I didn't have a kind of beautiful narrative in the mix," Wright says. "'River Man' is just kind of a beautiful sketch of a life that could really hold many stories."

"That was Larry's suggestion," Wright says. "I wasn't sure I could do it because I'm so in love with Nina Simone and Roberta Flack's versions of it. Larry suggested that I do it with a gospel take. He said maybe I could bring it home. I said, 'What do you mean?' And he showed me. I said, 'Man, I'm supposed to come up with that.'"

Wright laughs at the irony because, growing up in Hahira, Georgia, she was steeped in gospel music.

Her father works on the Moody Air Force base, "but he was also a minister and was very strict about our intake of modern media," she says. "When I was in middle school and high school, he'd read to us and we'd act out plays from the Bible. He was a huge fan of Shakespeare and read it to us all the time."

She also listened to classical music and jazz played on National Public Radio, "and Aretha Franklin — her gospel record was a staple around the house."

When she's not traveling around the world, Wright lives in the mountains of western North Carolina.

"It's a beautiful change of pace," she says. "I'm a writer and a thinker and I have to make space for it. It's a balance for me to go someplace where I have the freedom and safety to really slow down, and to be very still. And to practice and study, and to sit on the porch with my neighbor who is 92 and tells me about something that happened in '34.

"I like having conversations with people who come from another time, someone who's seen so much life. A lot of material comes from there, too. I just can't always be in the middle of the current. I like to slow down so I can take it in deeper."

For one thing, it's impossible to sing with the range and beauty of Wright without being in top shape.

"Singing is very physical. It has a lot to do with health. I love being on tour because I run a lot. My ideal experience is to run a couple of miles in the morning or afternoon and have a concert in the evening."

She also cites the importance of her classical training at Georgia State University in Atlanta and the New School in New York.

And one more thing: "It's also about being emotionally stable but emotionally available to use the colors of my own feelings and ideas to emote in songs," Wright says. "I have to emote enough to be real, but I can't get lost in the water. Not feeling it is something you can't get away with."

Wright is not immune to letting the spirit carry her away, as she found out at the New Orleans Jazz Festival.

"I played there a couple of times, and I developed this habit where I'd go to a little boardwalk area and look at the Mississippi for a while; just watch it churn. We played a set and I remember feeling such elation and joy, which is really not what I'm known for so much.

"It just bubbled up so strong and I felt so close to the people. I found myself on stage, with my shoes off, jumping. I was like, 'I don't jump!' It was just a different kind of joy, such a surge of energy. Every audience draws something different out of me and I have incredible moments like that."