Alberta Willingham will be 43 in a few months, but she's lucky to be alive. A normal T-cell count in a healthy person is somewhere between 500 and 1,500. Several years ago, Willingham's was down to 5.

T-cells are the white blood cells that mount the fight against fungi, bacteria, and viruses that invade the body. A low count, below 300, is a common indicator that the immune system is battling HIV.

"I was on my way out of here," she says. "I kept having seizures, and I was in and out of the hospital." But after several years of treatment: "Now it's at 800-something."

"I was out there doing business that I shouldn't have been doing, selling my body," Willingham says. "I got addicted to crack cocaine. I know that's what gave it to me, sleeping around with guys and unprotected sex."

Willingham didn't tell anyone she was HIV positive until about 2006, she says. She was still wrestling with her addiction, and she was in and out of treatment for both problems.

In 2012, there were more than 52,000 people who, like Willingham, were HIV positive in New York State, according to the state's Department of Health. For more than 79,000, HIV had progressed to AIDS.

In the Rochester region, more than 1,200 people were HIV positive, and roughly 1,400 were living with AIDS.

New medications for the treatment and care of people who are HIV positive can often make the virus nearly undetectable. And most experts agree that being positive doesn't necessarily shorten a person's life as long as medical care is being provided.

But for those people, the health problems HIV poses are still serious. 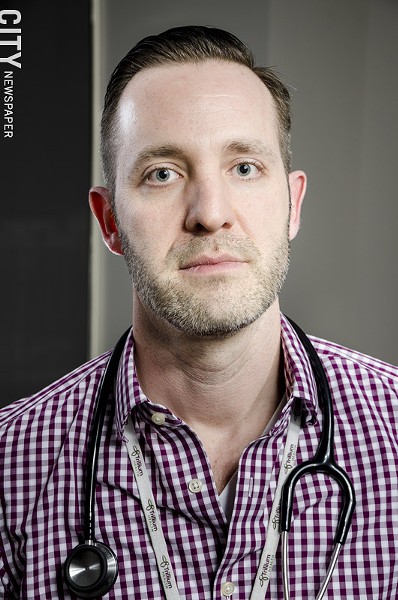 "They certainly are at an increased risk for a host of illnesses that are disproportionately greater," says Bill Schaefer, a physician's assistant and director of Trillium Health's clinical operations. "The three major ones are cardiovascular disease, increased risk of cancers across the board, and significant neuro-cognitive problems – memory loss and early onset dementia."

And the psychological challenges of being HIV positive are sometimes more difficult to manage than the physical ones. Few diseases are as controversial and provoke as many biases as HIV/AIDS.

Willingham says she does have hard days, but she is doing much better. She spends most days visiting relatives and going to church, where she likes to sing. She has a smoky, soulful voice like a young Gladys Knight.

"I've got a momma, three brothers, and I don't have kids," she says. "But I have plenty of nieces and nephews who all love me unconditionally. I want to live."

She takes her medications regularly, she says.

And she's been clean and off crack for six years, though it hasn't been easy, she says.

"That man upstairs is looking out for me," Willingham says. "He's working on me. He's trying to get me to do the right thing, and I am. Alberta is going to be all right."

David Jones – not his real name – is an African-American gay man in his mid 30's. The former history teacher has been HIV positive for nine years, and is currently on disability. He says he was shocked when he first found out that he was HIV positive.

Now he is taking between five and seven pills daily, and learning to take his medications correctly so that they don't upset his stomach has been a challenge.

"I do it mostly at night because if I am going places during the day, it can mess with my stomach," Jones says. "I could eat something that might not agree with that medication. But I've gotten down to a regimen of what I should eat and when I should take the medications."

Jones says the medications tend to make him sleepy, and he has a lot of pain in his joints. But the physical problems haven't been as bad as the emotional ones, he says. When he eventually told his mother, brother, and sister, it was extremely difficult, he says.

"Oh lord, it was crying, crying, and more crying," he says.

His mother's religious views about homosexuality coupled with his HIV status have made it hard to look to his family for support, Jones says.

"She says she loves me, but she can't accept the fact of my sexuality," he says.

And since he told his sister that he was HIV positive, there have been times when he hasn't felt welcome in her home.

"I threw up my hands," he says. "God, are you really serious? I'm your family, and you got to go in there after me and bleach the bathroom? That really upset me. It disrespects me. You all say you accept me, but then you stick me with this stigma."

Jones says that he no longer goes to Sunday dinner at his sister's home.

Jones says that he also tries to be honest and transparent with the people he meets, and he's open about being a gay man and about his HIV status.

"But there's no easy way of telling people what your status is," he says. And he gets mixed reactions when he says he's living with HIV and that he's doing well. While they might be empathetic learning that someone has cancer, "when you got HIV, people are just something else," Jones says. "They really are terrible."

And he may probe to see what kind of reaction he will get before revealing his status. "I ask questions sometimes to get a sense of how they think," he says. "And if they're receptive, then I'll say, 'Well, this is who I am and I'm dealing with this [HIV]. How do you feel about it?"

Even people in the LGBT community can be subject to fear of people who are HIV positive. Bruce Smail is executive director of the MOCHA Center, an organization that supports HIV prevention in LGBT people of color, and he recalls being with a man at a party a number of years ago.

"We were dancing, and he tells me that he was positive," says Smail. "And I had this reaction, the typical HIV-phobic response, like, don't touch me. There was a slow song and he wanted to dance close to me, and I pushed back."

Smail says it was a life-changing moment for him.

"I remember distinctly how traumatized I was and how offensive I was being to this person, so much so that the next day I tried to have a conversation with him and apologize," he says. "It caused me to realize how much I was stigmatizing this person. Ironically, a few years later, I was positive."

He says he doesn't think of himself as a religious man. "But I think in many ways, God prepares you," Smail says.

Decreasing the stigma associated with HIV/AIDS is essential to driving down new infection rates. The combination of stigma, fear, and shame causes many people to avoid getting tested and to delay treatment. Trillium's Schaefer says he recently began treating an older man who had delayed testing so long that he's now in the early stage of AIDS.

The success rate of early diagnosis and treatment is helping reduce the stigma. But it also seems to have created a false sense of security. Schaefer says that when he discusses HIV risk reduction with patients now, many aren't worried about becoming infected. They tell him, "Oh, I can just take a pill for that."

Comparing HIV to manageable diseases like diabetes helps to reduce stigma, but that doesn't mean that being HIV positive isn't a big deal, he says. Schaefer cites a young man who is barely 20 and who recently learned he is HIV positive. Even though he's otherwise healthy, he'll need to have a doctor monitor his immune system every few months for the rest of his life.

And the fairly constant rate of new HIV infections, particularly among men who have sex with men, has some experts worrying that the warnings about HIV's seriousness have become less effective.

MOCHA'S Smail thinks part of the problem may lie in the advice about protection. "When it comes to the prevention message," he says, "I think that we're having the wrong conversation. There's such a denial around the realities of raw sex. But it's happening in all of our communities, whether it's gay, bisexual, or heterosexual. A lot of people have unprotected sex."

"I mean, can I in an HIV prevention organization talk about having unprotected sex?" he says. That subject is "so taboo," he says, that the health care community isn't being realistic with people about how they can reduce their risk of infection.

Further complicating matters: a new HIV preventive medication, what researchers call PrEP, or a pre-exposure prophylactic. PrEP is up to 92 percent effective at preventing HIV infection when it's taken daily, according to the Centers for Disease Control and Prevention's website. And the drug can provide even greater protection for someone who is HIV negative, the CDC says, when used in combination with other safe-sex practices, such as using condoms and reducing the number of sexual partners.

Some health care workers, however, fear that PrEP will encourage high-risk behavior, and that it will dilute the awareness about the importance of safe sex that's taken them so long to build.

Schaefer says it's becoming harder to communicate a clear HIV prevention message. Too many people think that on one the hand, if a person becomes HIV positive, there are medications that will keep it in check, he says. "And on the other, if you don't want to be careful, we've got something easy to take for that."

Cody Gardner is HIV negative, and he's been taking a PrEP medication for about two years. He takes only one pill daily, and he says it's given him little trouble in the way of side effects.

Gardner, a well-educated person who also works in the HIV-prevention field for the Rochester Victory Alliance, says he certainly knew how to be safe during sex. And he says he knew he was taking risks with his health, especially after a couple of STD scares, which could have easily resulted in an HIV diagnosis.

But he says the conversation around safe sex often gets oversimplified.

"I don't think it's as cut and dry as saying, 'You should always use a condom,'" says Gardner. "There are a lot of barriers to that."

There are negotiation skills people can use in a sexual encounter, and Gardner says he just wasn't the best at it.

"If I bring it up, is he going to think that I have an STD?" says Gardner. "Or will he think that I think he has a STD or HIV? It gets complicated. If you're trying to enjoy the moment, it's easier not to bring up the conversation. That's not the best thing to do, but it's a natural thing to do."

And some people don't like using condoms, mostly because pleasure is often diminished, says Gardner. Coming from a public health standpoint, he says, he doesn't endorse not using condoms. But he says he understands why it's not happening as much as it should.

Gardner says he would never want to minimize the impact of an HIV diagnosis. It's still a huge health threat, he says. "The phrase going around the public health community now is that it's not a death sentence, but it's a life sentence," Gardner says.

But that's why he strongly advocates having options, such as PrEP, to reduce the risk of infection. And he says taking the drug hasn't encouraged him to engage in riskier behavior.

"Sex is a natural, good thing that people should be experiencing," Gardner says. "I thought it [PrEP] would make me feel better and take away a lot of the worry, which it has, quite frankly."

Want to know more? Information about HIV treatment and care in the Rochester area is available from Trillium Health, (585) 545-7200. Counselors are available at the New York State HIV Counseling Hotline, (800) 872-2777.