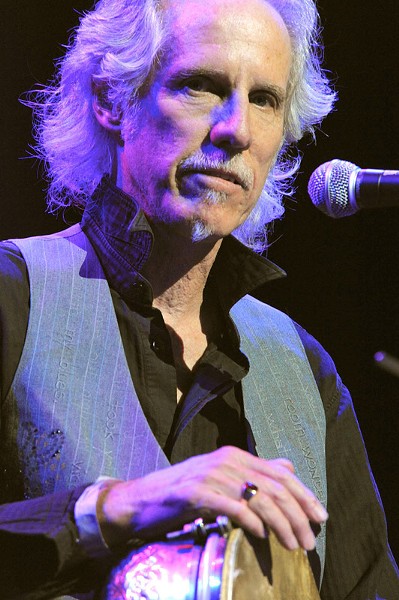 Legendary rock drummer John Densmore is one hardcore dude. As a founding member of The Doors, Densmore was part of a pivotal time in music when the worlds of entertainment, social consciousness, and spiritual awareness collided. And, as it still does, corporate America wanted a taste of the windfall. For The Doors, and in particular its late front man Jim Morrison, it was no dice. Over the years, the band has been approached to license its music in exchange for a ton of pocket salad. Whereas other members have warmed to the idea, Densmore has remained steadfast and vehemently opposed. A tall order when millions of dollars are concerned. And though still active, Densmore has not participated in the undoing of the band's original cool by participating in any Doors reunions. He's written "The Doors Unhinged" to document this court battle with his former band mates and his quest to maintain the band's majesty and legacy. This week he'll come to the Record Archive (33 1/3 Rockwood Place) to sign copies of the tome. You can pre-order the book directly from the Archive and receive a wristband to get it signed along with one other item.