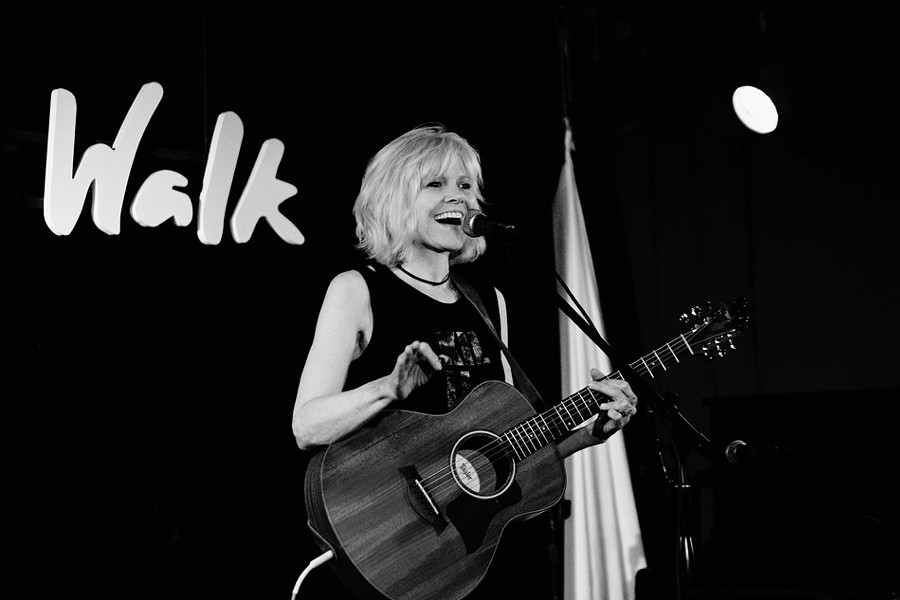 For more on Lisa Winter and her music, check out lisawintermusic.com

Lisa Winter's songs are like little prayers sent up on gossamer wings. They're lyrically impactful yet melodically gentle. The Rochester singer-songwriter is a compelling performer in her raw simplicity that's seemingly couched in a pervading melancholy. The music shines regardless; you can blame it on her voice — a voice that comes off coquettish but not contrived.

Winter is as honest as her songs. It wasn't always easy for her; she had to overcome stage fright to get what was in her out. Ultimately her music is what rescued her and what has drawn fans to her. She now has several albums out, including her latest, "Comfort."

Winter came in to the CITY offices to explain. An edited version of that conversation follows.

CITY: You were a bit of a late bloomer?

Lisa Winter: I really didn't start singing in front of people until I was 18. It was a talent contest at my high school, the very end of my senior year. I didn't really play the guitar, but I learned to play two songs. It was just something I had always wanted to do, though I was shy about singing in front of people, including my family. My parents didn't know I sang; they would leave the house and I would sing.

How did you get over this?

I started playing and singing out a little bit. I went to Geneseo for a year and sang at some coffeehouses around there. But it was really challenging; I had terrible stage fright. I would get so nervous my voice would shake, my knees would shake. I couldn't sing the way I knew I could.

I'd sing here and there — a wedding ceremony — and get pretty discouraged about it. Just the whole experience of performing was excruciating. I just felt I wasn't doing a good job because I was so nervous.

I didn't play for a long time and that was more painful. So I started playing at Starbucks like three times a week. I was committed to go, so I had to play no matter how I felt. And I discovered that even on my worst days, those were my best performances. I'd play to the emotion I felt at the moment. I'd try not to perform; I was emoting. That's when I learned this was awesome, a very healthy process. This is helping me sort through stuff, it's a release. So I started looking forward to performing.

Your songs are gentle and lyrically compelling. Did it bother you being relegated to the background?

I did want to be listened to, but I needed to develop myself. People were in there talking and having coffee. I would definitely get attention, but I could still kind of disappear and become atmosphere.

What type of venues do you play, now?

I play house concerts; I play listening venues. I do play other venues as well, it's just that some are more conducive to the style of music I do. I prepare for the type of venue it is. If I'm going to play a little wine bar or the type of venue that has dinner or something like that, I know that I'm providing atmosphere for people; they're not going to be solely focused on me, which is totally fine. You want your music interesting enough melodically so the listener can enjoy the melody if they're not totally focused on the song.

What is it with you and words — the word "comfort" in particular?

I love words. I collect words. I love the meter of them, the double entendre. I love grammar and figures of speech. When we were looking for a title for the CD, that word came up for each of the songs. It seemed like each song brought comfort in its own way. It just seemed appropriate

Lyrically or melodically? How do you write?

When I write music, I will hear a sound, a chord, something. And I will be inspired by that sound to write a thing. When I write a thing, whether it's a lyric or a little piece of a melody, then I'm looking for the sound I hear in my head.

Do you have studio fright?

Initially yeah, but now after I've done it a few times, I can sit back and listen.

I'll never do heavy metal. But I do like rock music. I suppose I could have gone that direction a long time ago.