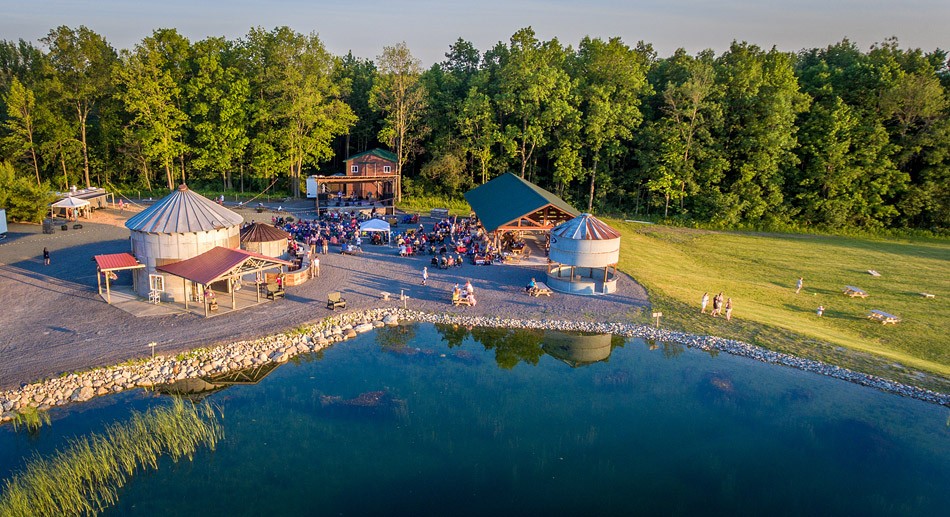 After having invested in residential properties for over a decade, local business owner Brian Mastrosimone longed to serve the community in a different fashion. He says there was a sense of community empowerment that he felt driven to facilitate, an opportunity that didn’t necessarily feel available through property investment in the city of Rochester. Selling all of his city properties — more than 500 units — he is now occupied with one vast, bucolic property by Canandaigua Lake.

In summer 2016, Mastrosimone broke ground on an entirely outdoor venture called Lincoln Hill Farms, which opened officially this summer. Occupying upwards of 90 acres of land, the nascent arts and culture venue combines live music (with performances Thursday through Sunday) with a truly idyllic, photo-worthy scene. A performance stage, complete with a hi-fi sound system and lights, is buffered by a sizable gazebo and pond.

Colin Jones, a Rochester-based guitarist involved with the fusion-rock projects Haewa, Stereo Nest, and Ocular Panther, has played the Lincoln Hill stage several times. Since his initial gig there, he knew he wanted to return often. “The stage is absolutely gorgeous to play on,” he says. “The whole place has a rustic yet modern feel to it that is refreshing.” According to Jones, the inspiring setting makes it easier to plug into the music.

The site also includes a food truck, local beer, two dozen “glamping” sites, domesticated animals such as goats and chickens, and agriculture — including hemp, hops, sweet corn, and sunflowers. It can make for a novel concert experience for musicians and attendees alike. “It’s a big park, and you feel that onstage,” Mastrosimone says. “You’ve got the sunset, the views of the pond, the silos; you’ve got the fields, you’ve got the hops.”

Since acquiring an initial 70 acres of land in autumn of 2014, Mastrosimone has worked with an evolving cast of architects and engineers to refine his vision for celebrating the resources, amenities, and businesses of the surrounding Finger Lakes region. He describes Lincoln Hill Farms as a “craft venue,” in that the goal is to source all features from other craft establishments — from the food available at the food truck to the beers at the silo bar. “We’re going to be doing a lot of alfresco dinners, pairing up with other breweries and restaurants,” Mastrosimone says. “What we’d eventually like to see is everything coming locally.” 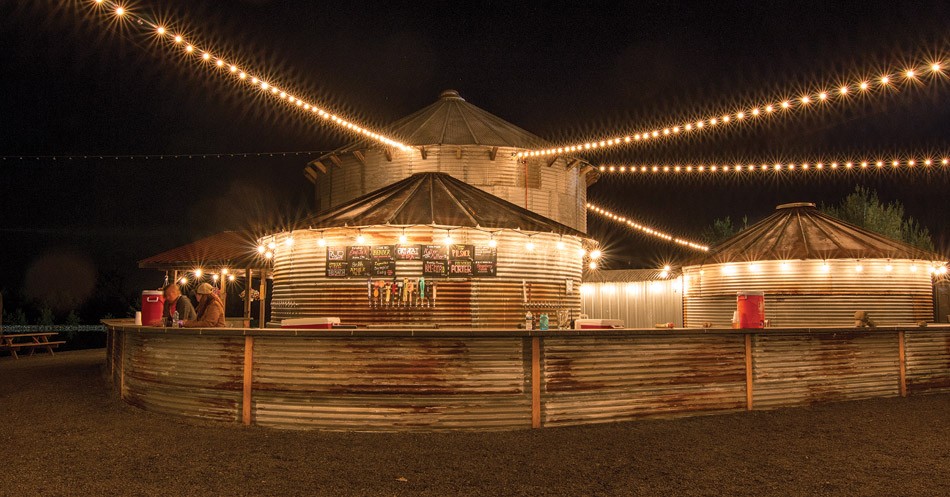 Lincoln Hill Farms has also established a relationship with nearby CMAC. Included with the price of admission (generally ranging from $7 to $25; ages 16 and under are free), Lincoln Hill offers shuttle rides to CMAC when both venues are hosting shows. “The ultimate goal is to be the pregame party for CMAC,” Mastrosimone says. Sundays are Family Fun Days, which are always free.

Phase one of construction at Lincoln Hill Farms is wrapping up as the offseason approaches. Phase two is set to include the development of a six-acre plot for fruit, running water and electricity throughout the park, as well as the completion of a wedding barn and full kitchen. Additionally, there are aspirations to partner with Finger Lakes Community College’s agriculture and music programs to involve local students and provide them with first-hand experience in their fields.

Mastrosimone refers to Lincoln Hill as “a very holistic farm” that he hopes will provide visitors with an overview of what the Finger Lakes region has to offer. “Eventually, we’ll be able to offer kayaking, foods, music, gardening, fly fishing, walking through the woods, goat yoga,” he says. He’d also like to involve more local vendors, and host a monthly festival, which he’d call “Touch of the Finger Lakes.”

All ticketed concerts are free for ages 16 and under. For more information, call 563-8846 or visit  lincolnhillfarms.com.