Levantine's brings flavors of the Middle East to the west side

Back in the early 2000s, I regretfully passed up a chance to go on a weekend tour of Damascus. My friend reported back to me that Syria's capital was a gorgeous place of thousand-year-old architecture standing steadfast among newer edifices, partially inspired by the still-existing predecessors. The streets were full of vibrant colors and art. The food was fresh and delicious, and eating in Syria was a social event where everyone was treated like an old friend returning from a long journey. I missed a chance at what would have been an adventure.

Fortunately, if I'd like to enjoy the fare and hospitality of The Levant, I just need to head to the west side to taste the East. Since early August, 750 Elmgrove Road has been the home of Levantine's Café, Mohammad AlFayad's restaurant that boasts a wide variety of dishes from his home region. 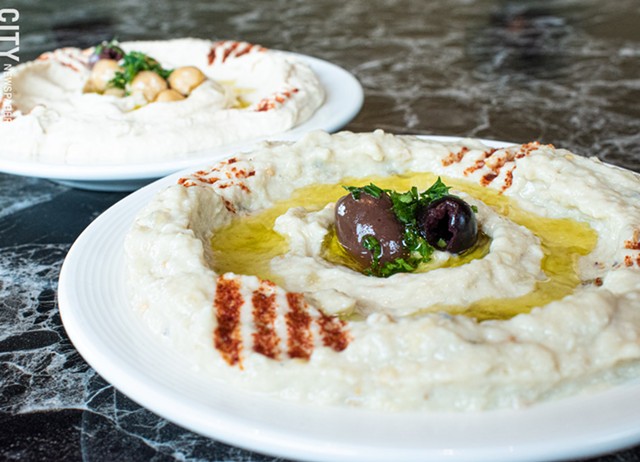 AlFayad got into cooking the way many of us do: by bugging his mother incessantly. When he was a young boy back in Syria, he would follow her around the kitchen with his questions while she prepared meals for the family. She would shoo him away, but he kept returning, eager to learn. She eventually relented, and AlFayad's culinary skills blossomed. He came to the States in 2012 and settled here in Rochester.

Many things about Levantine's invoke nostalgia for his birthplace. The name "Levantine's" itself is derived from a classic name for the region; "The Levant" refers to the eastern Mediterranean coastal regions, including Syria, Lebanon, Palestine, Israel, and Jordan, as well as the western regions of Iraq and Saudi Arabia. It's a 15th century term derived from the French word for "rising," as the sun rose and shone on that region before Europe. And it's still used today by archaeologists and anthropologists when they discuss the wealth of science and culture that comes from the area.

Levantine's provides food that can't claim origins in one specific country. All the dishes AlFayad makes have been around for centuries, perhaps with a few small tweaks in the recipe or description from region to region. 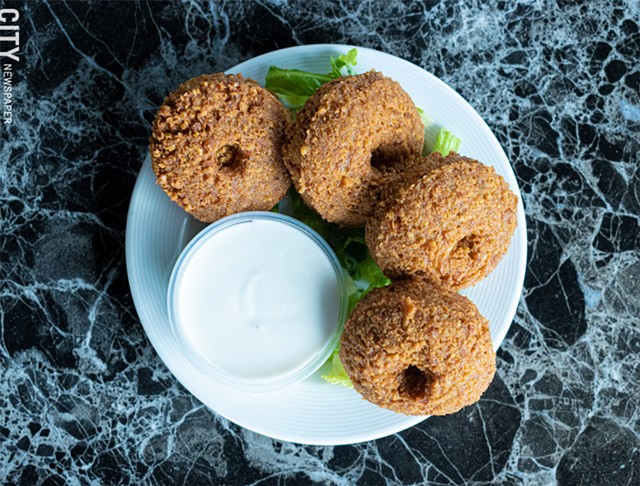 The walls of Levantine's are a bright, muted tan-green supporting a dark colored ceiling. It reminds me of the bright sun-washed houses I saw in Cyprus and Kuwait. Wall-mounted copper pots host spider plants. In many homes in Syria, a family would establish their plots with a tree or a few small plants and then build their house around it, essentially making a flourishing courtyard and garden at the center of their home. Even the niches in Levantine's walls host glossy ceramic plates that reminded me of the elaborately designed tiling that I saw in a palace once. It turns out AlFayad bought them from Home Goods, but the influence on the artist is obvious.

The very first thing that made me feel welcome in Levantine's was the wood room divider that separated the kitchen from the checkout and dining area. On each of the four panels was the phrase "Welcome," "To Your Health," "Fresh," and "Thank you" in large English letters, in calligraphic Arabic, and spelled out phonetically. True to the sentiment, Fraser, the person taking my order, was more than happy to explain and describe everything on the menu I didn't quite understand. 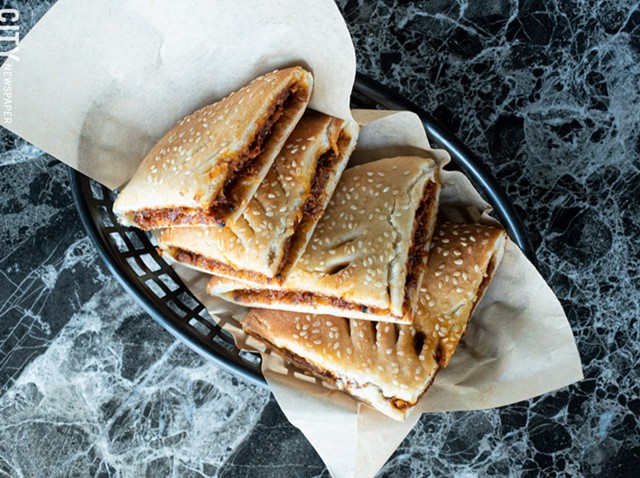 I wound up getting fulmudammas ($5), a pot of fava beans stewed with tomatoes, parsley, and dry spices, followed by an order of manakeesh ($8 for 2), which is kind of like a savory turnover. One was stuffed with spinach and onions, and the other filling was muhammara, a smoky red pepper and tomato paste. To cleanse my palate, I had an ayran (pronounced EYE-ron) ($3), a thin yogurt drink that I was initially doubtful about, but turned out to be very refreshing.

This menu would be a vegetarian's dream, by the way. Many times, people think of Middle Eastern food as just lamb and beef kebabs, or shawarma seasoned to various spice levels. Though there are plenty of chicken and beef pitas and kebabs on Levantine's menu, there are just as many fresh salad plates and small vegetarian plates. No one will leave hungry. 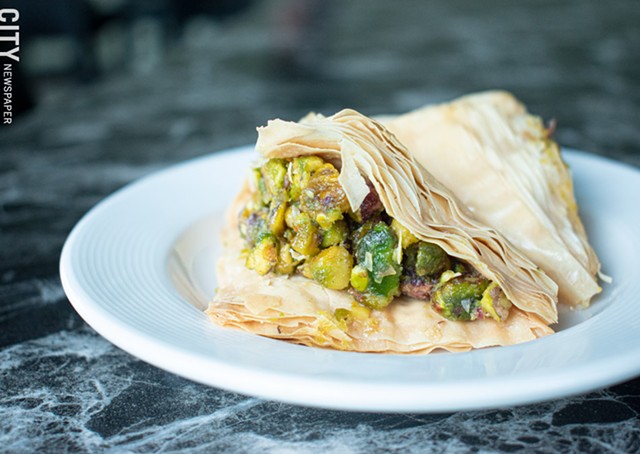 AlFayad says he is excited to expand his menu to offer daily specials and a traditional Syrian brunch on Sundays, family-style: dining groups sharing many small plate dishes for one price.

For now, though, he's focused on presenting a positive image of his home country. When he first arrived in the States, not many folks he encountered had even heard of Syria. But now when he says where he is form, the only things that come to people's minds are conflict and war. In fact, some of his employees are refugees from the conflict, and he says he's thankful that he could provide them a safe place to work as they settle and support their families. But Syrian and the greater Levantine culture are much more than conflict; the region has been a source of art and knowledge for generations, for literal millennia. AlFayad says he hopes that he can provide the community with a positive perspective of his home land. 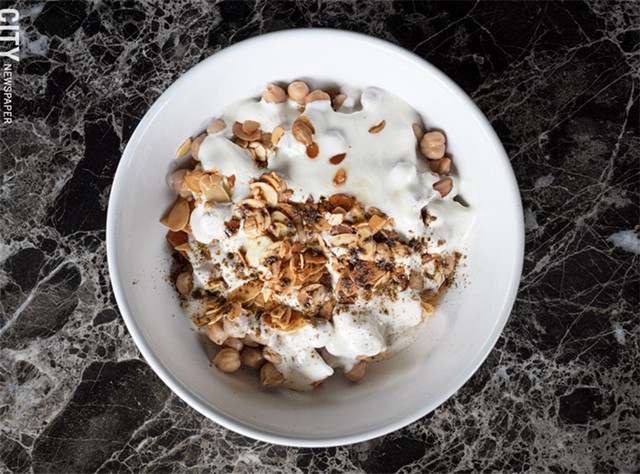