Let us have lettuce in Webster

December 17, 2019
Some residents in a corner of Webster believe that if a proposed lettuce farm goes in there, they can kiss the town motto, “Where Life is Worth Living,” goodbye.

A group calling itself Webster Citizens for Appropriate Land Use (WeCALU) intends to sue the town this week in an effort to reverse a planning board decision allowing a lettuce-growing operation to set up shop on 147 acres of farmland off State Road. 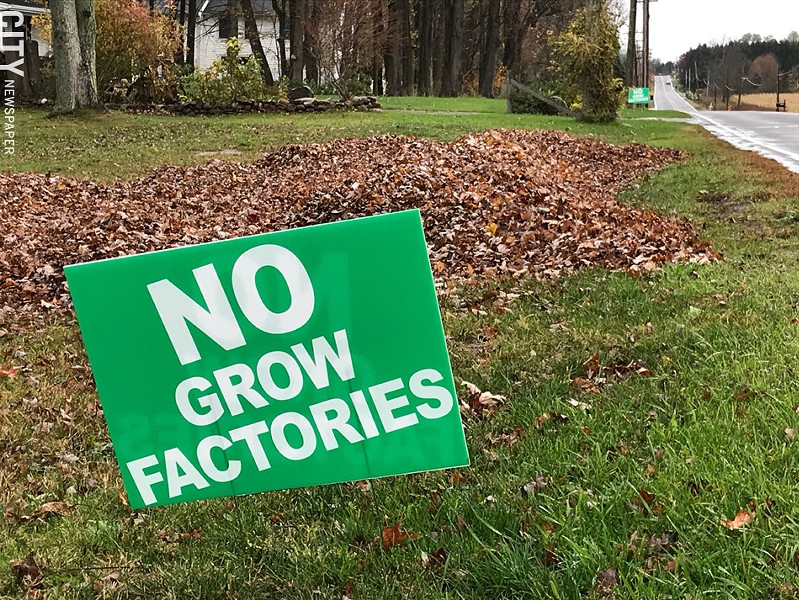 The shop would be a modern farm consisting of seven giant greenhouses, each containing its own packaging departments, with roads connecting them. The company behind the farm, CEA Fresh Farms, envisions investing $200 million and employing 375 people.

WeCALU claims the planning board ran roughshod over zoning and state environmental laws in approving the farm. As of the other day, 45 people had donated $7,770 through an online fundraiser to finance the group’s lawsuit.

In other words, they don’t want to see greenhouses.

“I know there are people out there that immediately raise the NIMBY (not in my backyard) flag,” Tim Young, a spokesman for the group, said. “But we aren’t just running around whining and sniveling about this factory being built next to homes and farms.”

As one resident who bought his home nearby 40 years ago told Spectrum News of his view of the farmland, “I was like 24 years old at the time, and it’s been like this ever since and we don’t want to see it go away.”

“Look at this place, it’s gorgeous out here,” he said. “It’s one of the last spots in Webster that’s wide open, and they want to put a factory in a residential area.”

Few people would look at the land, and the hundreds of mostly vacant acres surrounding it, and think “residential.” The land is a whole lot of nothing, with a handful of homes nearby.

The land is technically zoned “large lot residential,” which, according to the town code, means it could be used for a variety of purposes, including schools, churches, fire stations, cell phone towers, and agricultural purposes.

Growing lettuce is an agricultural pursuit, whether that lettuce is cultivated in soil or hydroponically in greenhouses. The state Department of Agriculture and Markets said as much in a letter when the planning board sought its advice on the matter.

Tony Casciani, the head of the planning board, called the decision to approve the lettuce farm “difficult.”

“It’s understandable that folks are upset,” Casciani said. “It’s been an open space land. But open space doesn’t mean it’s forever open space. It’s open space until somebody wants to buy it and develop it. If it meets the criteria for development, then it’s allowed.”

There are two broader issues at play here that concern more people than those in a corner of Webster.

First, if humanity is to make meaningful progress on climate change, farms must become radically more efficient. That was the crux of a sweeping study issued last year by the World Resources Institute, an environmental group.

The authors concluded that, due to population growth, the world will need to produce 56 percent more calories by 2050 than it did in 2010, preferably on existing agricultural land. Greenhouses allow farmers to do that.

Second, the effort to oust the lettuce farm is the second time in three years that Webster residents have galvanized to chase away hundreds of millions of dollars in investment and hundreds of jobs in their town related to greenhouse farming.

Recall that residents in 2016 ran a proposed tomato greenhouse operation out of town that would have employed 100 people. That company now farms in Wayne County.

Everyone complains about the lack of investment and jobs in greater Rochester. Yet when opportunities like these surface, residents too often shout them down because they threaten to alter a landscape they’ve always known.

Residents in Webster say the lettuce farm would be better suited to Xerox property no longer in use. Perhaps. But that’s not an option on the table.

Before they bought their homes “Where Life Is Worth Living,” they ought to have heeded another motto of real estate: “Never buy a house for the view unless you own the view.”

This column was updated to correct the location of the tomato farm. The original version stated incorrectly that it was located in Ontario County. It is in Ontario, Wayne County.