Let there be light

Long before there were the Xerox Rochester International Jazz Festival, Rochester Real Beer Week, or the Park Avenue Summer Art Fest, there was the inaugural Song and Light Festival held at Rochester's Highland Park in 1915. Created by local architect Claude Bragdon, the event's innovative means of lighting through the use of lanterns and electric lamps changed the way the community experienced its environment. 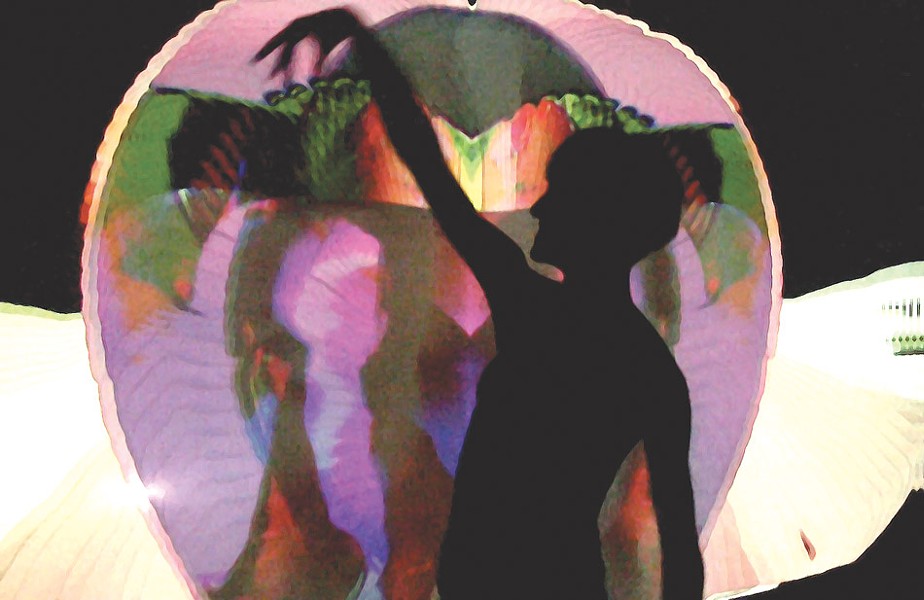 One hundred years later, the significance of this event will come full circle on Friday, July 17, and Saturday, July 18, with ROC the YOL's A Street Light Festival at the Village Gate. Festival Founder and Executive Producer Rachel DeGuzman — also president and CEO of the local arts consulting firm 21st Century Arts — conceived of ROC the YOL and its main event, "A Street Light Festival," as a celebration of Rochester's arts scene and the city's commitment to photonics and optical technologies. ROC the YOL would coincide with the International Year of Light 2015, a United Nations initiative to raise awareness of light science and its applications.

"We don't have enough faith in our art and we don't invest enough in our arts," DeGuzman says. "And so the whole idea [of] creating this cross-sector alignment between arts and sciences that the Year of Light presented was attractive to me."

In teaming up with Artistic Director Margot Muto, DeGuzman found a partner who shared her desire to make Rochester an essential player in a worldwide discussion about light and related technologies. "I think the vision for the festival has to do with a much bigger picture," Muto says. "It isn't just about our local artists and Rochester having another festival, but really having a festival that has the impact and is part of a global conversation."

Muto sees WALL\THERAPY — with its initiative to display mural art on Rochester city buildings — as a prime example of a project that asserted itself as a prominent part of a global phenomenon. And though A Street Light Festival has yet to introduce international artists alongside regional creators, as WALL\THERAPY has done, the plan is that the festival will become an annual event that expands to welcome international artists in the coming years.

After extending an open call for submissions to the inaugural Street Light Festival, Muto and other members of the festival's jury panel selected projects combining creativity and technological advancement from artists, engineers, scientists, and members of the "maker movement" spanning a variety of races, ethnicities, and ages. "What's important to me in a community event: We really are walking the walk as far as diversity and inclusion," DeGuzman says.

The exhibitors include FuturPointe Dance and Mariah Maloney Dance, an audiovisual collaboration between VJ Mike Celona and DJ Riley Beats; Marla Schweppe, Chair of 3D Digital Graphics at RIT; and Dan Schneiderman of the Rochester Mini Maker Faire, who will be helping festivalgoers create magnetized LED lights that will then be displayed on a large metal wall.

The festival will also feature the work of Syracuse-based exhibitor Lorne Covington, whose NoirFlux projects utilize computer software, electronic hardware, Kinect-style cameras, and algorithms that enable participants to play with light and interact with their environment. Along with NoirFlux's existing "Electric Heliotrope Theater" installation, Covington will present a new "soft sculpture" installation with interactive inflatables called "Lumia Centuria" to commemorate the centennial of Bragdon's first "Song and Light Festival.

"Most art is about the object," Covington says. "You're making an object or some manifestation — there's a thing there, and so people view it and get what they get from that thing. Really, what I'm working on is what's happening in that moment. It's not the thing, there is no object. Most of my stuff, if you don't do anything, the screen's black. You have to do something to create something."

Covington designs his projects to respond to a person's movement in ways that are unexpected and enchanting. "So it starts becoming this thing you sort of play with and explore to try to figure out its own internal logic," Covington says.

And though Covington's contribution to the festival will not be in collaboration with the dance performances on the bill, he is fond of using dance as an analogy when explaining his work. "If the piece is a really good dance partner, then I've succeeded," he says. "And if your dance partner was just mirroring everything you do, it would be a really boring dance partner."

Ultimately, it is clear that a primary goal of "A Street Light Festival" is engagement and inclusivity. "I've been working in this field for 14 years, and at most events they're very segregated, either to age or community or race," DeGuzman says. "But if you go to the fireworks, they draw people from all over, and I think that there's something in our humanity that's drawn to light. But I wanted to do something that was more contemporary and certainly incorporated a lot of the technology and a lot of the new media that is available to us today. So it's kind of reimagining something that we've done for centuries for a new generation."