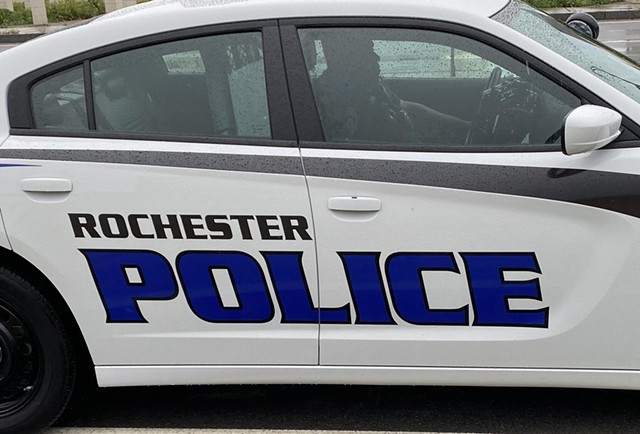 Three Rochester men are seeking a federal monitor for the Rochester Police Department as part of an excessive force and false arrest lawsuit they’ve filed against the department.

In a complaint filed Thursday in federal court, the three men allege that they were physically assaulted by a Rochester police officer whom top brass neglected to discipline and remove from patrol as a result of a previous excessive force complaint.

“They should have taken this guy off the streets,” their lawyer, Elliot Shields, said.

The claim by Craig Puritt, Anthony Hall, and Shamell Killings stems from an incident that allegedly took place on Monroe Avenue near Meigs Street during the early morning hours of May 27, 2018.

According to the complaint, the trio were walking on the sidewalk on Monroe when Puritt, who was trailing by about half a block, attempted to walk around Rochester police officer Michael Stephens, who was making an arrest. The complaint states the Puritt didn’t interfere with the arrest, but “without cause or justification, Stephens pushed Mr. Puritt in the chest, seized him, attempted to throw him on the ground and punched him in the face.”

Puritt put his hands above his head and said “I’m not resisting,” but two other officers, Sgt. Bryant Johnson and Officer Michael Munier allegedly put him in a headlock and choked him, then handcuffed his wrists behind his back, according to the complaint. Stephens then allegedly punched Puritt in the body and pepper sprayed him in the eyes.

Hall and Killings saw what was happening and approached the scene with their phones in hand to record the incident, according to the complaint. Stephens allegedly knocked the phone out of Killings hand, kicked it, then struck Killings in his right knee, which was in a brace due to a previous injury.

Stephens also allegedly struck Hall’s phone from his hand and tried to throw it into a trash bin, before striking Hall in the head with his baton, according to the complaint. Several officers seized and handcuffed Hall, who at the time worked in the city’s Pathways to Peace program, and Stephens allegedly pepper sprayed him in the face from inches away, according to the complaint.

All three men were charged with obstruction of governmental administration, but the Monroe County District Attorney’s Office dropped the charges after two court appearances.

The incident was recorded on officers’ body-worn cameras and a city blue light camera at Monroe and Meigs. The Police Department’s Professional Standards Section substantiated that Stephens falsely arrested them and used excessive force against them, according to the complaint.

But the three men argue in their complaint that “Stephens should not have been on the street as a patrol officer on May 27, 2018 — as the city and the RPD knew he had a long history of using excessive force and seriously injuring people but had never disciplined him.”

Hall Puritt Killings complaint
The complaint specifically mentions an Aug. 21, 2014, incident in which Stephens punched a handcuffed Dudley Scott repeatedly in the face and shocked him with a Taser three times. Scott was left permanently blind in his right eye.

Scott filed a federal lawsuit against the city in January 2017 and the city ultimately paid him $750,000 to settle the case. The settlement was brought to light by Rochester for All, a now-dormant project by former journalist Rachel Barnhart, who is now a county legislator.

A Police Department spokesperson said the department doesn’t comment on pending lawsuits. A city spokesperson did not immediately return a call seeking comment.

In their complaint, Puritt, Hall, and Killings argue that the city and Police Department have shown “deliberate indifference to the longstanding and widespread use of excessive force by RPD officers.” The lawsuits cites several instances throughout recent years in which officers were accused of using excessive force and apparently never disciplined

“It creates a culture in the department where everybody thinks it’s OK,” Shields said.

The complaint asks the court to, among other things, convene a jury to hear the case and appoint a federal monitor to oversee reforms to the Police Department’s process for investigating use of force claims and ensuring offending officers are disciplined.

On Thursday, New York State Attorney General Letitia James announced that her office was filing a lawsuit against the New York Police Department in which it was seeking systemic reforms within the department and a monitor to oversee, among other things, the departments policing tactics during future protests.

Shields also represents the family of Daniel Prude in a federal lawsuit against the Rochester Police Department that asks the court to appoint a federal monitor for the department. 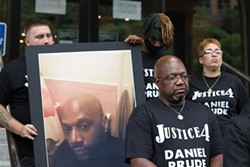 That lawsuit, which also alleged that the Police Department has a pattern of failing to discipline officers, claimed that “no RPD officer has been suspended, fired, terminated, or forced to retire in the past 10 years as a result of allegations that said officer used excessive force.”

The Prude family lawsuit, which is still pending in court, accused three RPD officers of using excessive force to restrain Prude, who was naked and handcuffed. It alleged that the officers held Prude down under the full weight of their bodies for more than two minutes until he stopped breathing and went into cardiac arrest.