Just as Lakeshore Record Exchange celebrates its 29th year in business, the beloved record store has announced that it will close. Lakeshore's focus on alternative music made it an important spot in Rochester to score American and European records and CDs in the genre.

Time and technology have changed the accessibility of these products, Lakeshore President Andrew Chinnici said in a provided statement. And as with so many other record stores that have closed their doors, "the new ways that people consume music have brought the store's purpose for being to its natural conclusion," he says. 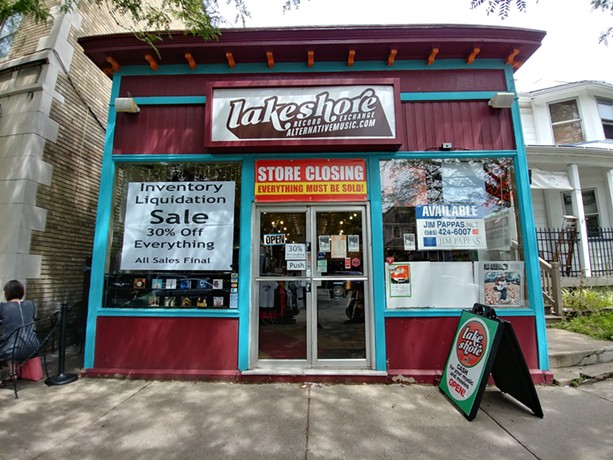 Lakeshore, which is located at 370 Park Avenue, started an inventory liquidation sale on Monday, July 24, with all stock marked at 30 percent off (except concert tickets, consignment items, and special orders that were previously placed). The store will officially close once everything is sold, but a farewell event is scheduled for Wednesday, September 20. Tickets and information are available at alternativemusic.com.

Lakeshore's Alternative Music Film Society will continue its monthly screenings of music documentaries and performance films at the MAG. And the streaming radio station, "Radio AlternativeMusic.com," will continue at alternativemusic.com.