Photo by MARK CHAMBERLIN A chili relleno at La Casa Restaurant in the South Wedge. 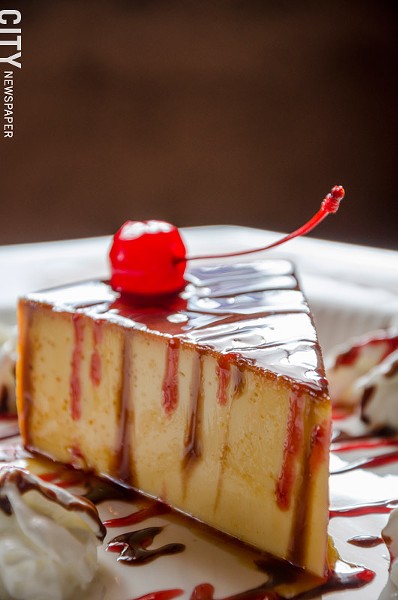 UPDATED 4/4/13 to correct the spelling of Lyjha Wilton's name.

La Casa on Alexander Street is certainly the most hotly anticipated Mexican joint in the city; countless fans and aficionados have been waiting eight years for it to finally open. A bit more than eight years ago, Omar Ramos, his wife, Mia Bocanegra, and their 10-year-old daughter Cassie opened a tiny tacqueria in the back of the now-closed Rich Port Bakery at the Rochester Public Market. Selling only tacos, with a strong emphasis on carnitas (slow-roasted pork) and seasoned potatoes, the family's Monterrey Taco was an immediate and overwhelming success. You had to get there before noon if you had any hope of getting tacos before they ran out of supplies, and even if you arrived early you could anticipate standing in line for anywhere from 15 minutes to half an hour before you even placed your order. But it was always worth it.

Monterrey quickly outgrew its space, moving next door to the Union Street Bakery building where the menu expanded and the lines got even longer. Mia Bocanegra started making transcendent posole during the winter, the selection of meats expanded, and Monterrey began offering specials like enchiladas verdes and tamales. Eventually, the Ramos family business outgrew its Union Street location, too, and found a new home, and a much larger kitchen, in Lyjha Wilton's Boulder Coffee shop in the former Java Joe's at 1 Public Market. Renamed La Placita, the enterprise continued to build on its almost cult-like following. Eventually Ramos and Bocanegra listened to their customers, and their landlord Wilton, all of whom were clamoring for them to open a restaurant so that they could get their taco fix more than once a week. In late February of this year, the couple opened La Casa in a remodeled house owned by Wilton.

Although La Casa is owned by Wilton, Ramos and Bocanegra are the guiding spirits behind the business, and their skill, determination, and willingness to put in total effort all the time informs everything done in the restaurant that they manage. While the grand opening is still more than a month away — a blow-out celebration is planned for Cinco de Mayo — you would never know that La Casa hasn't been open for years rather than barely a month. The service is nearly peerless, all of the waiters and waitresses are efficient, friendly, unflappable, and well informed. In the style of the very best table service, you almost don't notice how well and how smoothly your evening is progressing, finding yourself surprised when the check comes and it's finally time to go home.

As good as the service is, the food is better. Omar Ramos and his crew are no strangers to the rigors of a dinner rush — a dinner rush is probably relatively relaxing compared to the frenetic pace that Ramos and company experience at the Market each Saturday morning. Food at La Casa comes out remarkably quickly given that every single item, with the exception of the tortillas, is made from scratch. Salsas, rich maroon mole, deeply flavored brick-red guajillo pepper sauce, silky smooth queso fundido (a cheese sauce that deserves its fancy name), and the stocks used in their soups are all made fresh every day along with more types of beef, chicken, and pork than seems credible given the size of the kitchen staff. To say that prep at La Casa is a monumental task is to indulge in gross understatement.

If you really want to see La Casa's service at its very best, start your meal with an order of guacamole ($5.99). It is made tableside, the wait staff masterfully combining avocados with chopped tomato, onion, cilantro, lime juice, and pickled jalapenos to make an excitingly chunky dip full of rich flavors and luxurious textures. Resist the temptation to fill up on the appetizer, though, because even better things are available for you to try.

Those who are familiar with La Casa's previous incarnations will immediately gravitate toward the tacos, hand-sized corn tortillas filled with carnitas or grilled steak (carne asada), or Ramos' spicy and delightfully porky homemade chorizo. Dressed with a bit of salsa or perhaps a squeeze of lime or pico de gallo, these are as good as they are at Market, and an excellent choice. (Three tacos, with rice, beans, and salad, cost $10.99.)

But you should also branch out a bit. Any of the enchiladas are excellent. My wife is partial to the enchiladas verdes ($10.99), stuffed with shreds of slow-roasted chicken and topped with a generous quantity of cool green salsa with just the tiniest bite of poblano pepper and crumbled queso fresco. I gravitate toward the enchiladas de mole ($10.99), also filled with chicken but topped with a mole sauce that Ramos told me is made in a food processor but tastes like it was hand ground in a molina watched over by a very particular Mexican grandmother. The heat in these will build on you over time, so be sure to bring plenty of beer with you. (Although the restaurant's liquor license was just approved, it will still be a couple weeks before it rolls out its beer list, an artisanal cocktail menu, and what Wilton told me will be the most robust high-end tequila list in town.)

The mosh-pit atmosphere at the Public Market didn't allow Ramos to really spread his wings and make more complex dishes very frequently, a luxury that he now has at La Casa. That tiny amount of leisure means that he has the time to make tamales ($10.99), pockets of masa stuffed with carnitas, a spicy mixture of cheese and jalapenos, or chicken stewed in green salsa served in the cornhusks in which they were steamed. And it allows him the time to create dinner specials, including the very best chile relleno I've ever tasted ($12.99). Stuffed with subtly spiced shredded pork and potato, dipped in a feather-light egg batter, fried and served with a judicious amount of both guajillo pepper sauce and queso fundido, this dish should (and hopefully will) become a permanent fixture on the menu of a restaurant that is destined to become a Rochester institution.