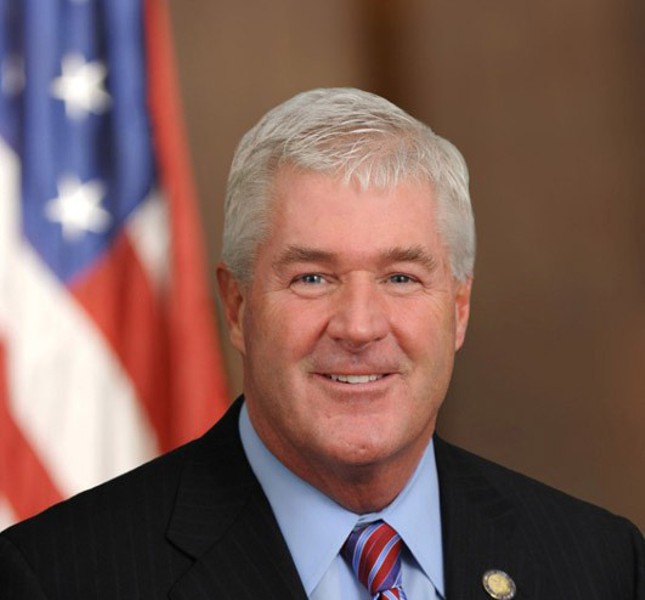 FILE PHOTO Assemblyman Brian Kolb
State Assembly member Brian Kolb, who has publicly acknowledged crashing his state-owned car into a ditch on New Year’s Eve while intoxicated behind the wheel, allegedly blamed his wife for the accident, telling a tow-truck driver at the scene, “You know how women drive.”

Kolb’s alleged finger-pointing was detailed in a witness statement taken by an Ontario County Sheriff’s deputy and submitted as part of the court record for his case in Victor Town Court.

“I observed the front driver side door was open and white male was leaning into the vehicle,” the witness, tow-truck driver Michael Scoville, said. “I saw the vehicle was running. The male stood up and put his hands up and said, ‘My wife was driving!’ He then said, ‘You know how women drive.’ I did not see anyone else around the vehicle.”

The man was identified as Kolb, whom Scoville described in the statement as slurring his words. Scoville said he called 911 to report the accident, as per protocol, because it involved property damage. The car had hit a guide wire for a telephone pole.

Kolb was charged with misdemeanor drunken driving and making an unsafe turn. The court records show Kolb registered a .16-percent blood-alcohol content on a Breathalyzer test, twice the legal threshold.

The officer at the scene, Deputy Ian Hall, testified in court papers that Kolb admitted he was the driver and that he had “four or five cocktails” at the Erie Grill in Pittsford, about 15 miles from the scene of the accident.

Kolb, 67, is scheduled to be arraigned in Victor Town Court on Thursday.

The details of the court papers were first reported by WHEC-TV.

The crash occurred days after Kolb warned against driving impaired over the holiday season in a weekly column, which was published online and in the Daily Messenger.

Kolb acknowledged his role in the accident in a prepared statement he issued on New Year’s Day. A few days later, he announced he would step down as minority leader, the top-ranking Republican post in the Assembly, but remain an Assembly member.

On Tuesday, Assembly member Will Barclay, who represents Oswego County, was elected minority leader by his Republican colleagues.