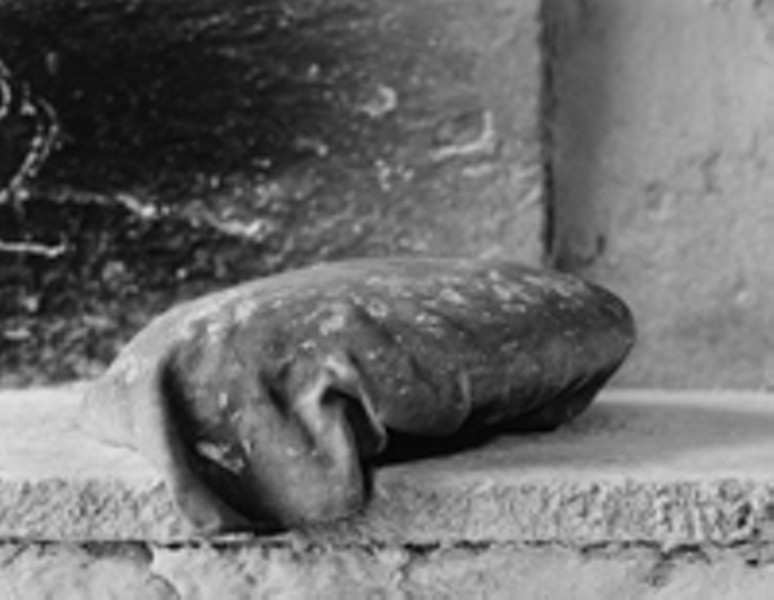 There is something about photography that allows the viewer to associate it with what it represents. There is a kind of transparency that allows the belief that somehow the photographic image is unmediated. It's as if when we look at a photograph, we are in the presence of the thing itself. Of course, we all know that it's just a picture and that what and how we see what is pictured depends on the person behind the apparatus.

Nevertheless, the photograph still has something to do with truth --- or at least some kind of connection between what's in front of the lens and what we see in the photograph. This is true no matter how manipulated the image may be. Somewhere in an image, there's the object that was photographed.

This relationship to the real has, since its invention, made photography connected to the depiction of society "as-it-is." As such, photography easily became the tool of the social documentarian to reveal the ills of a world that was corrupt, unfair, and uneven. The concern for how the other half lives has had many manifestations throughout photography's history, but mostly it comes from an attempt to humanize, and therefore, to confirm how the other is really us. Since everything out there has something to do with us, we are, in the end, always looking at some form of the social. Realism and the everyday are always already present in every photograph --- even in the most blurry one.

The work of Israeli-born Orit Raff, currently on view at the Rochester Contemporary, is anything but blurry. Actually, her photographs are crisply defined images of bakeries here and in Israel. They are, per the artist, explorations of bread not only as sustenance but also as a metaphor for creation itself. But, like much contemporary art, Raff's work is fragmented. And strategies of isolation and its resonance are, in fact, normal strategies of avant-garde works of the 20th century.

Raff's images are not populated by the people who bake the bread but instead are montages of tightly cropped ovens, aprons, and walls --- all potentially discrete and metaphorical subjects in their own right. The most palpable reference to a human presence can be found in a series of three photographs, Untitled (Insatiable #3, #2, #6), each consisting of a used white apron (or aprons) hung on a white wall. They are beautiful in a minimalist kind of way but also cool and detached. Like ready-made canvases that have been removed from their stretchers, the aprons beg for a wall --- not in a bakery, however, but in a gallery.

Indeed, the photographs are insatiable. Yet, the sense of insatiability is not that of the hungry who greedily eat the bread that comes out of the ovens. It is in the photographs' need for space and for us. They need us to look at them, to love them. In a way, they are not really even for us, but are for their own sake. Maybe that is exactly what Raff is trying to say.

In a video diptych, A Roundabout and a Roundabout, a constantly rotating commercial oven filled with bread plays alongside the artist tearing up a small, round loaf of artisanal bread. We are told in the press release of the associations that come from the juxtaposition: "fecundity, conception and birth, impurity and lust, creation and destruction flow into the bread-stomach kneaded by the woman, who is dressed in white like a priestess." Sadly, what is lost here is the very basic exchange between baker and eater. In all the pseudo-mystification, the social is effaced and we have art --- pure, clean, and untouched and untouchable. Something we cannot eat.

Meanwhile, in the much smaller Members' Lab Space at RoCo is an exhibition of photographs by Joel Swartz. In an instance of brilliantly synergistic curating, part of the series includes several photographs of handmade breads from different local bakeries. They're small photographs and they're also for sale; $50 will get you a nice slice of homey truth to hang on your wall. It is refreshing work that attempts to deal with the everyday, which in our culture has a tenuous relationship with this "thing" we call "art." But it's only in our culture that it is this way.