Kimberly and Beck are off the air. But for how long? 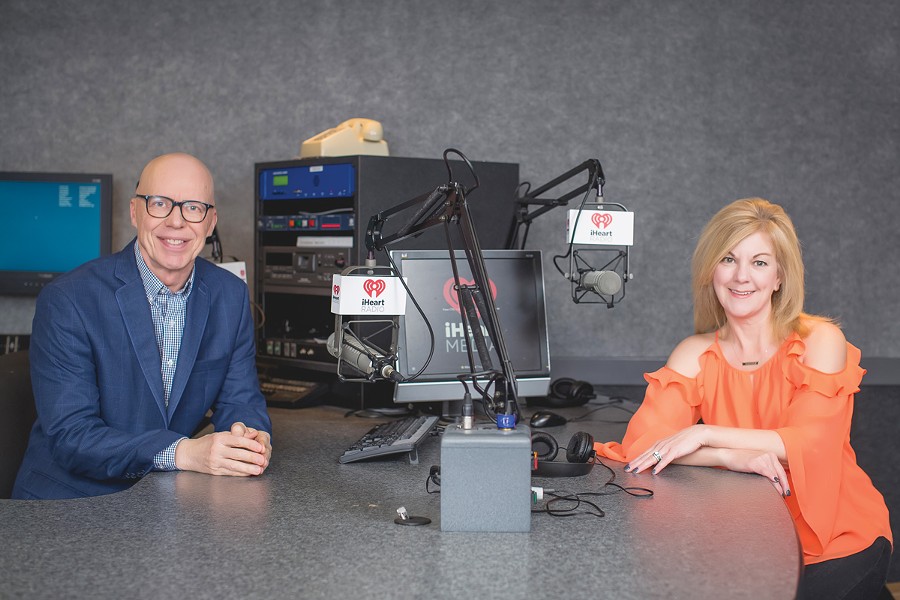 But considering the fickle, ratings-chasing universe of FM radio, one could be excused for wondering how long their banishment will last.

Across the nation, shock jocks up and down the dial have been fired for abhorrent rhetoric or gags, only to lay low for a few months before resurfacing at a station in another city and seemingly picking up where they left off. Sometimes their old stations hire them back.

Sometimes they find a new stomping ground across town. That’s how Kimberly and Beck, as the duo is known, landed at 95.1.

It is a scenario that Robert Thompson, a mass media professor at Syracuse University’s Newhouse School of Public Communications, said has been synonymous with shock jock radio since its infancy.

“In many ways, people need to look at this whole genre of programming with a cynical idea that these stations are willing to hire these people that say the kinds of things that are going to be shocking,” Thompson said. “And then, they seem surprised when they say something they actually have to fire them for.”

Take high-profile radio figures like Doug Tracht. Dubbed “The Greaseman,” Tracht was put on leave in 1986 from his gig at DC101 in Washington, D.C., for mocking the newly-created holiday of Martin Luther King Jr. Day.

“Why don’t they shoot a few more so we can have the whole week off?” Tracht said. He spent a month off the air before getting back behind the microphone.

In 1999, he was fired for another racist remark at a different Washington station. That time, he showed his distaste for a Lauryn Hill song by referencing the murder of James Byrd, a black man who was dragged behind a truck by white supremacists in 1998.

“No wonder people drag them behind trucks,” Tracht said.

By 2002, he was back on the air — this time in Maryland — and later bounced around the dial in the area until his semi-retirement in 2018. Tracht still does occasional radio and web shows.

Ray and Beck have a history of using racist, homophobic, and transphobic rhetoric. They were fired for it once before by another Rochester radio station, 98.9 The Buzz, an Entercom station.

That happened in May 2014, after they went on a 12-minute transphobic tirade in which they ridiculed a transgender high school student and called people seeking gender reassignment surgery “nutjobs” against a backdrop of Aerosmith’s “Dude Looks Like a Lady.”

By that September, after issuing a public apology, they were jockeying at 95.1.

Their firing on Wednesday occurred after Ray asked on the air a day earlier whether the attackers in a viral video of a woman being viciously beaten on Monroe Avenue in the aftermath of Saturday’s Black Lives Matter protest were “acting n-wordish” and “acting n-wordly.”

The video has been widely circulated on social media, including being retweeted by President Donald Trump, as an example of the brazenness of the violence that enveloped some cities following demonstrations.

But many social media users have commented that the woman called her assailants the n-word prior to the attack. The audio is unclear, but at a point in the video one of the attackers can be heard yelling, “Who are you calling a ‘n-word?’”

Beck interjected, “They were acting thuggerly.”

iHeartRadio issued a statement that read in part the company “condemns discrimination, injustice, and prejudice of any kind.”

WHAM 1180 fired Bob Lonsberry in 2003 for riffing on news of an orangutan that had escaped from the Seneca Park Zoo with a seeming reference to then-Rochester Mayor William Johnson, the city’s first black mayor who at the time was running for county executive.

“A monkey has escaped from the zoo, and he’s running for county executive!” Lonsberry said.

The station hired Lonsberry back less than a year later.

Then there was Dan Sileo, a former NFL defensive tackle-turned sports radio host.

He was fired, but picked up the following year by WQAM in Miami, from which he was subsequently fired within months for making sexist comments to Fox Sports reporter Erin Andrews.

In November 2013, Sileo was fired yet again, this time from WMEN in Royal Palm Beach, Florida, for offering a $1,000 bounty on a Miami Hurricanes player on Twitter.

Sileo found work a year later and was employed at a variety of stations until August 2019, when a contract that had him joining KGME in Phoenix, Arizona, fell through due to pressure from the Phoenix Coyotes NHL hockey team to keep Sileo off the air.

Perhaps the most prominent radio fire-hire was that of pioneering shock jock Don Imus. He was fired from CBS Radio in 2007 for referring to the Rutgers University women’s basketball team as “nappy-headed hos.”

Imus was hired by WABC in New York that same year, and stayed at the station until his retirement in 2018.

RACIAL LANGUAGE IS NOT BANNED

Thompson, of Syracuse University, noted that FCC regulations do not prohibit what Ray and Beck said.

The FCC has rules on obscenity, but racial language is not included under that umbrella. The FCC defines obscenity, indecency, and profanity as language that “depicts or describes sexual or excretory organs or activities.”

“It’s essentially poopoo, peepee, and s-e-x,” Thompson said. “Now hate speech, that has its own category, but the kind of thing we heard there is not covered by indecency rules.”

Questions about the First Amendment often arise in instances like the firing of Ray and Beck. Thompson balked at the notion.

“If they were arrested for it, then it would be a First Amendment issue,” Thompson said. “When media organizations like this, which use public airwaves under licenses given by the FCC on our behalf as citizens, when organizations like that find their standards have been broken, they ought to fire people.”

Thompson said he would be “alarmed, but not surprised” if the duo returned to the air in the future. At the same time, he said times may be changing.

“All of the events, all of the things, and all of the coverage that have been going on for the last week, and will continue to go on, may somehow move us to some new level of consciousness,” Thompson said. “Where the casual rehiring of people that have made statements like that may be something that we don’t see so much.