Keep it on ice 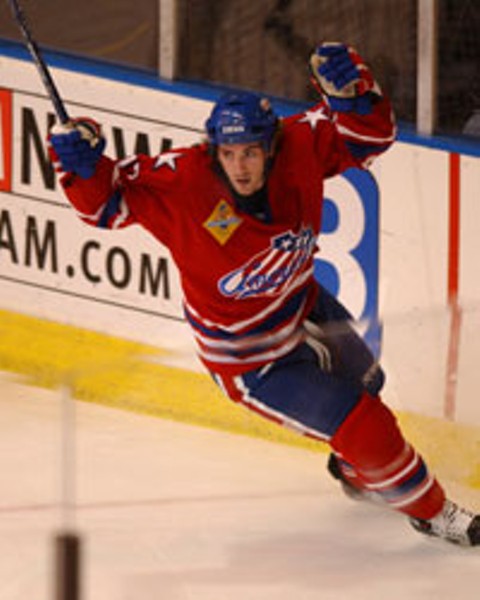 20 Toe Photo Everything they can do: Amerk Michael Ryan.

Not too many things have lasted for 50 years in Monroe County, but the Rochester Americans have.

Since the Amerks were founded a half-century ago, the demographics of its hometown have completely changed, Kodak has withered away, and countless other American Hockey League teams have come and gone.

In fact, the Amerks are one of the few Rochester institutions local residents can count on. Summer turns to fall. The leaves change. Days grow shorter. And the Amerks hit the ice.

Along the way, the Amerks have become one of the most storied minor-league hockey teams in the country. Only one other AHL team, the Hershey Bears, has been around longer, and it could be argued that no other team has a richer, more successful history than the Amerks.

And the team will celebrate its 50th season in 2005-06 by adding a second NHL parent club. The Buffalo Sabres have served as Rochester's sole parent team for 26 years, but this summer the Florida Panthers signed on as well.

The 2005-06 Amerks will also be motivated by the disappointing conclusion to last season: After posting the best regular-season record in the AHL, the injury-riddled Amerks lost to Manitoba in the second round of the playoffs.

Fortunately, most of last season's team, including coach Randy Cunneyworth, is coming back in 2005, and you can count on both owner Steve Donner and general manager Jody Gage doing everything they can to make sure the Amerks make it farther than they did last year.

With an off-season realignment by the league, the Amerks will face their division rivals in 52 out of 80 games this season. The league also preserved Rochester's heated rivalry with the Binghamton Senators, who will play the Amerks eight times this year.