Kathy reviews 'Something From Nothing (Marfa)' 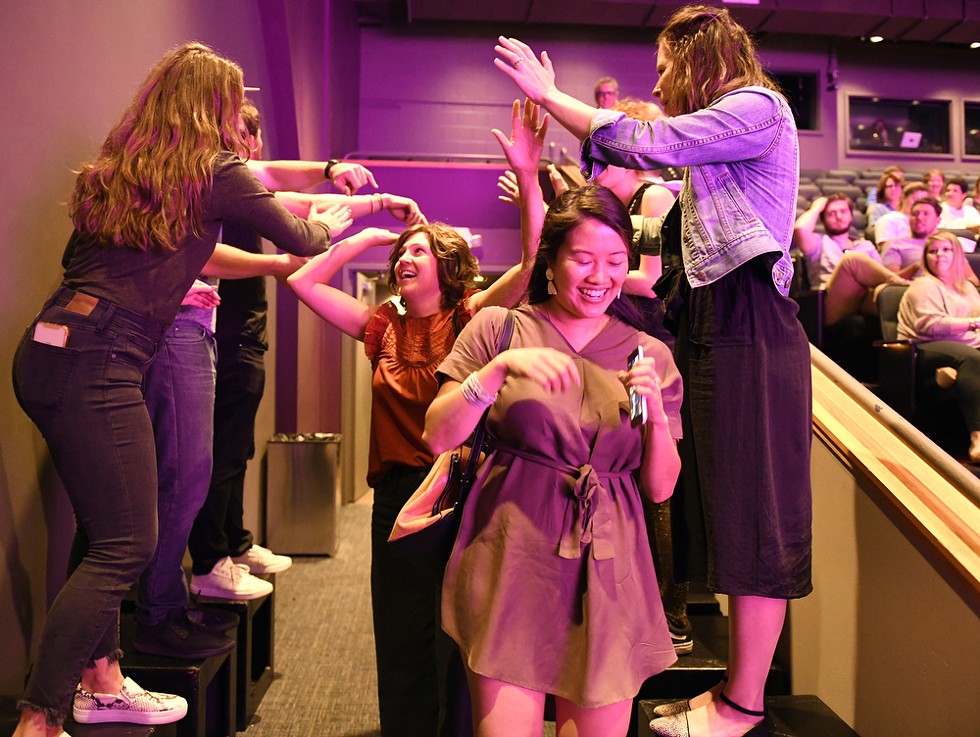 When you walk into your first Fringe show and you’re greeted by a tunnel of cast members cheering and offering you high fives, you might suspect you’re in for something a little different. That’s the case with “Something From Nothing (Marfa),” my first show of 2019. In keeping with the theme of “Leap A Little” this year, this multidisciplinary mash-up of spoken word, music, comedy, light, and sound would not be a show I would typically see. I’m glad I took a leap of faith.

The show, which is the brainchild of Mike McGinnis and (CITY Newspaper writer) Leah Stacy, is loosely focused around the ideas of light, sound, and mystery – blending everything from pop songs to classic literature and hilariously missed connections via Craigslist ads (“You’ll know it’s me by my truck,” a forlorn man writes about his would-be lover). But what appears on the surface to be a series of random vignettes are shown to be interconnected by the show’s end.

The stage is largely barren, save for a stool for the guitarist and a cardboard box with the word “Marfa” haphazardly painted on it. The guitarist is a constant throughout the show – a nice touch to keep things moving, even when the transitions feel a bit rough around the edges. His use of a sound looper transports the audience to the tranquility of the wilderness. Not long after, we’re off to an amusement park, where we’re strapped into a “rollercoaster of news.” Led by McGinnis, we all lean back with our hands high in the air, then jolt forward, then dart left and right, “ooh-ing” and “aah-ing” the whole way through.

I can’t say I’m the most outgoing when it comes to audience participation (hence, why I strategically sat myself toward the back and smack dab in the middle of a row where it would be hard to get to me), but there’s no escaping it in this part-performance art, part-group bonding exercise. Everyone gets involved – from waving glowsticks in the dark to an “opera” round of “Row, Row, Row Your Boat,” to a game of audience “Guess Who,” which reveals who in the audience has ever gone streaking. 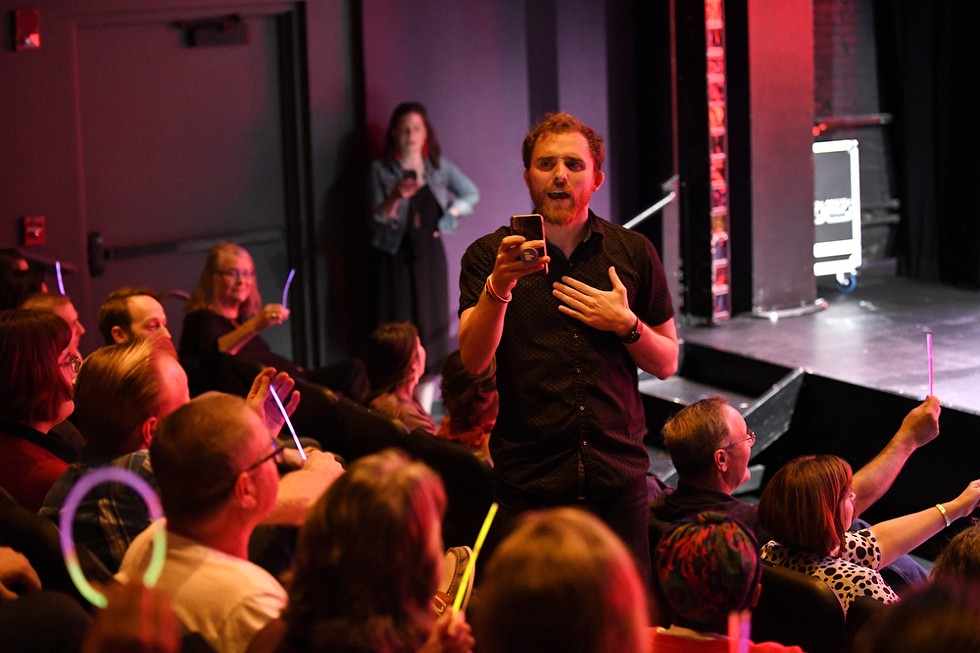 While most shows discourage people from using their phones, the performers here encourage it as part of the overall experience. It just feels organically fringy. The genuine charm of the cast, led largely by McGinnis, makes it nearly impossible to resist the silliness and fun they’re having. You can’t help but want to be a part of it too.

“Something From Nothing (Marfa)” will be performed again on Saturday, September 14 at Geva Theatre’s Fielding Stage at 9 p.m. Tickets are $7. Appropriate for ages 18 and older.