Judge to warring Democrats: Come up with a plan for an elections commissioner

A state judge on Friday gave a faction of the Monroe County Democratic Committee until Monday to devise a plan to have the committee elect a county elections commissioner — effectively halting a process that would have had Democratic county legislators appoint the new commissioner.

The decision by state Supreme Court Justice John Ark served to cool, at least for the weekend, a simmering dispute among Democrats over how a commissioner should be chosen.

In one corner was the Monroe County Democratic Committee, which argued that the selection of an elections commissioner was in the hands of Democratic county legislators.

In another corner, was a faction of the committee that had sued to stop legislators from selecting a commissioner and convince the court to allow hundreds of committee members to vote for a new commissioner.

Lastly, there were three Democratic county legislators who, despite being named defendants in the case, filed a counter-claim in which they sided with the faction.

His decision, made during an hour-long video conference, was a victory for the latter two groups, whose lawyers said a process for convening committee members to vote electronically was well under way.

“I’m going to give you all until Monday at noon to report back to me as to what progress you’ve made to having the committee nominate a person,” Ark said. “See what you can come up with in 72 hours and we’ll take a look at it.”

Cathy Koshykar, a lawyer for the faction of members that were the plaintiffs in the case, said her clients were on the verge of forcing a special meeting of the Monroe County Democratic Committee for the purposes of electing a commissioner.

Koshykar explained that the meeting would be held under a provision of the committee’s bylaws in which a special meeting is called if 25 percent of the committee’s 1,700 members sign a petition demanding the gathering. She said that threshold had either been met or was close to being met.

“We are asking the court or protect the integrity of this election by allowing the 1,700 members of the political committee to vote, which is their desire,” Koshykar said.

At issue was whether the time span for the committee to select a new commissioner, as outlined in state Election Law, had expired.

Should a selection not be made, the law states that the legislators could make the appointment alone.

The commissioner position became vacant on March 5, when the former commissioner, Colleen Anderson, resigned. Her deputy, LaShana Boose, was elevated to acting commissioner, as required by law, but the committee never officially recommended her for appointment to the Legislature. 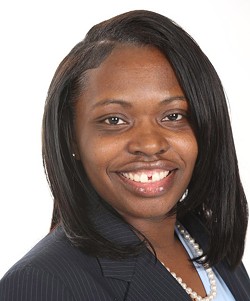 Nathan Van Loon, the lawyer for the Monroe County Democratic Committee, has chalked up the delay in the committee acting to the coronavirus outbreak in mid-March and subsequent executive orders by the governor restricting large gatherings, like a committee convention to vote for a commissioner.

He reiterated that stance to the court on Friday. “That deadline (for the committee to act) has run out,” Van Loon said. “The power is now within the Legislature. I know that may be unpopular for a number of our committee members, but that’s where we are.”

But some committee members have said the process was stalled by backroom wrangling by high-ranking local Democrats, including Mayor Lovely Warren and the Legislature’s Democratic minority leader, Vincent Felder, who wanted to see Boose installed as commissioner.

Warren has not publicly backed Boose, but she has supported Boose previously in what were ultimately unsuccessful runs for City Council. Felder has said publicly that he would like to see Boose be installed.

The judge’s decision appeared to anger Felder, who has taken significant steps for his caucus to appoint a commissioner, including interviewing candidates.

“It would be nice if everybody could vote,” Felder said. “The fact is that the same people who brought this lawsuit, they have been trying to manipulate this process from the beginning and this is just a furtherance of that.”

Legislator Rachel Barnhart, one of the three Democratic lawmakers who filed a counter-claim, said she was pleased with the outcome.

“In my mind, this is a very positive development,” she said. “But it’s not over yet.”

Like all boards of elections in New York, the Monroe County board is overseen by a pair of co-commissioners — one Republican and one Democrat — who each serve four-year terms.