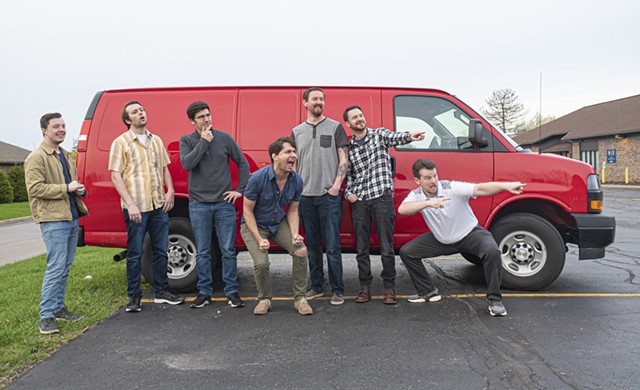 The last time I saw Rochester singer-songwriter Jon Lewis perform, pre-pandemic, he was behind a mic stand with guitar in hand, fronting the band that bore his name with a smile that was both confident and sheepish.

Fast forward to a chilly late-April evening at Flour City Station on East Avenue, and the affable musician is still smiling. This time, however, there’s a microphone cord slung over his shoulders where the guitar strap once was, as he sings in front of an entirely different group of musicians with a similarly no-frills moniker, FRAN.

“That was the first thing that I did to sort of put myself in character with FRAN — just get rid of the mic stand, drape the cord around my neck like I was a lounge performer, and sort of get real funky and crazy with it, and use a lot more of my body language,” he says.

In discussing his new role, Lewis sounds like a liberated performer, thrilled to get out from behind the rhythm guitar and mic stand he had been relegated to as the primary singer-songwriter of the Jon Lewis Band.

As FRAN’s six other members — guitarists Mark Bamann and Eric Kearney, keyboardist Clark Hadley, bassist Ryan Longwell, drummer Austin Radford, and newest member Joe Stehle on synthesizer — roll through songs from its debut EP “FRAN. Rises” (released on March 21), Lewis bobs his head, swaying from side-to-side with an unassuming boyish charm. There’s a slight goofiness in his body language. But as he begins to sing, Lewis’s warm tenor takes on a sharp and serious poignancy, and he zeroes in on each note with laser-like accuracy. 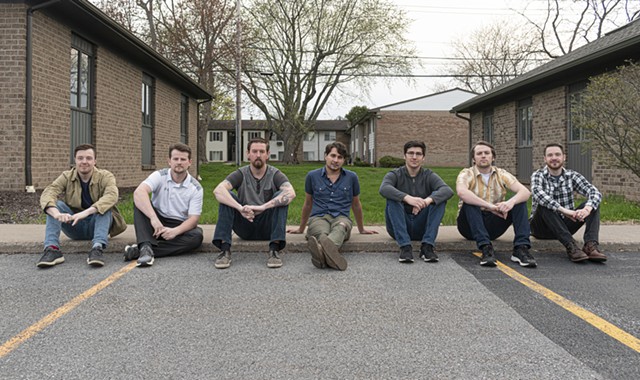 Instrumentally, the music of FRAN is similarly multifaceted and mercurial. It can take on the guise of a subtle smooth rock jam, with gauzy ambiance provided by Hadley and Stehle’s keyboard work. But it can also quickly morph into carefree funk riffs from Bamann and Kearney before stratospheric synths and squealing guitars careen into each other in frenetic unison.

The ever-present musical intensity suggests a certain amount of rock ‘n’ roll pretension, but it’s immediately tempered by Lewis’s everyman presence and the twinkle in his eye that says he’s not taking himself too seriously.


Lewis has a talent for compartmentalizing his various musical projects and his creative approach to each. He sometimes performs as Mr. Loops, a solo children’s musician who sings sunny, acoustic songs. Then there is his Jon Lewis Band, with its straight-ahead, feel-good rock music. In FRAN, he makes a conscious attempt to be playful.

But a “dad rock” sensibility is deeply embedded in all of the creative endeavors of Lewis, who works as a preschool teacher at Baden Street Settlement’s Child Development Center.

On its surface, this sensibility may seem antithetical to the traditional M.O. of a rock band, but the easy-going camaraderie between the bandmates helps sell it. It also makes more sense upon learning that FRAN was named after a beloved lunch lady at Fairport High School, where a majority of the band’s members attended. “She was the sweetest lady ever,” bassist Ryan Longwell recalls.

But Lewis wasn’t always certain about working with FRAN. About three years ago, when the band was looking to add a vocalist, Lewis initially turned them down for several months.

“When they would ask me to join the band, they would say, ‘We need somebody with a lot of power and energy in their voice.’ And I would always be like, ‘You got the wrong guy! Have you ever heard my music? What are you thinking?” he says.

Lewis says that Longwell was insistent that there was something in his live performance that needed to be let loose.


Longwell thinks Lewis’s initial hesitation may have been due to FRAN’S comparatively heavier sound than that of the Jon Lewis Band. “I think he might have felt like he had a timid voice, maybe,” Longwell says. “But I’ve always heard him sing, and he has a great voice, and if he really put himself out there with his voice, I knew it would be good.” 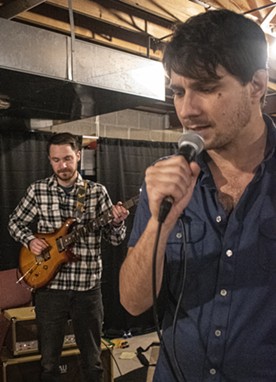 Bamann says Lewis’s vocals provide “the missing link” that makes the band accessible to audiences. “He has an amazing presence, and just this magic to him,” Bamann says. “He’s just a happy guy, you know? But not only that, he writes some great lyrics and his voice is incredible.”

Eventually, Lewis was convinced. “Maybe this’ll be a chance to find this middle ground between more of a bigger vocal, theatrical performance and what I usually do, which is sort of soft and sweet and melodic,” he remembers thinking.

Lewis admits to being an anxious performer and says that FRAN enables him to work through his nerves with a more demonstrative energy. He can express himself in a more honest and immediate way without worrying about doing so in “the right way,” he says.

“I think because we have such a chemistry between us as a group, and we’re kind of having fun, that it is a more ‘mom rock’ angle,” Lewis says of FRAN’s vibes. “It’s got a sort of wholesome nature to it.”

FRAN performs next with pop-soul band The Sideways on Thursday, May 13 at Photo City Music Hall on Atlantic Avenue.