Joe Damelio: A scrappy, savvy defense lawyer at the top of his game 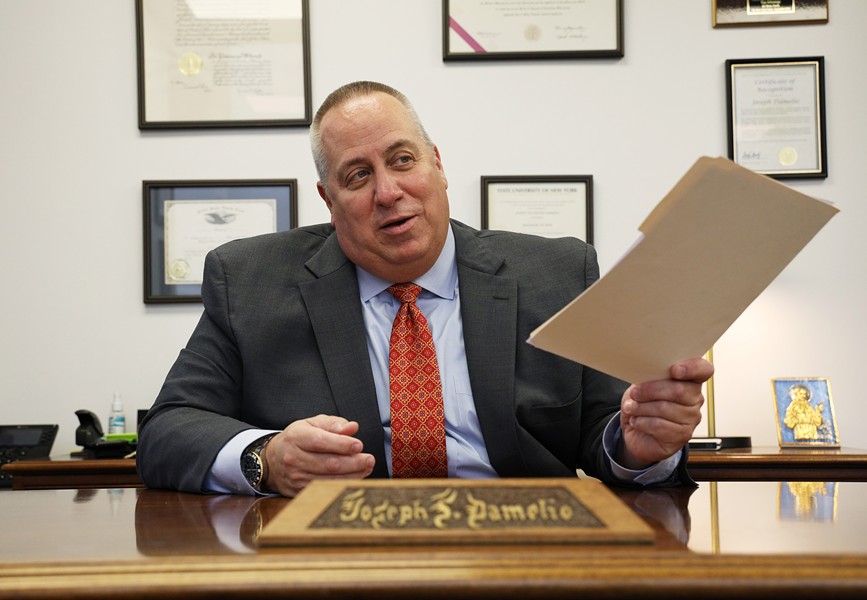 PHOTO BY MAX SCHULTE Defense attorney Joe Damelio in his office in the First Federal Building in downtown Rochester.
Between public defenders and private practice lawyers, there are upward of 150 criminal defense attorneys in Monroe County.

But there are only a handful anyone really wants, and the one that any person of stature in trouble with the law seems to want lately is Joe Damelio.

When the late Assemblyman Joseph Errigo was arrested on federal bribery charges, he called Damelio.

And when Mayor Lovely Warren realized that state investigators were building a criminal case against her on alleged campaign finance violations, she called Damelio.

For a man to whom elected officials turn for answers, he can’t say why they do. “You know, I don’t know how that happened to be honest with you,” he said recently.

Damelio, 59, spoke from his meticulous 12th-floor corner office in the First Federal Building downtown Rochester overlooking the Genesee River and a wide swath of the skyline. A physically imposing figure, fastidiously groomed and punchy, he was catching a breather after representing a man accused of stealing a car at a preliminary hearing in City Court. 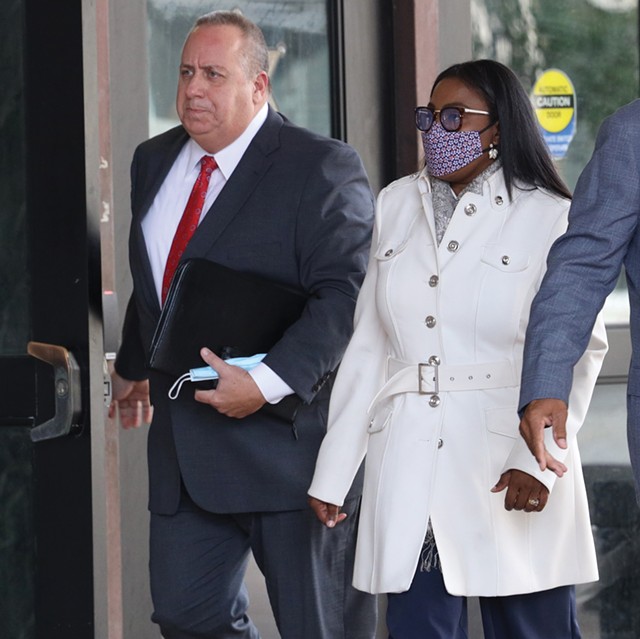 He moved into his digs a couple of years ago after spending most of his career in a second-floor office next door to The Pizza Stop on State Street. He loved that place, he said, but had to move when the landlord wanted to renovate.

It is here that Damelio, by his account and that of those who know him, spends most of his time, putting in at least 12-hour days on behalf of power brokers, pawns, and paupers facing felonies and misdemeanors — everything from murder to fraud to petty theft. Despite his prominent client roster, Damelio, a bachelor with no children, accepts cases through the county’s assigned counsel program, which pairs indigent defendants with private attorneys at a deeply discounted rate.

“When his office was on State Street and I had to be downtown for whatever reason on a Saturday or Sunday, you could almost count on his car being there,” said James Nobles, another well-known defense lawyer in town. “He’s a guy who can work an immense amount of hours and does. He lives and breathes his job.”

Since striking out on his own in the late 1990s, Damelio has represented notorious killers like Johnny Blackshell, Frank Garcia, and Robert Spahalski, and former cops like Chad Rahn and James Telban, the latter of whom was acquitted of manslaughter.

Ten years before he took Warren’s case, Damelio defended the man who would become her deputy mayor, James Smith. As deputy Monroe County executive, Smith was charged with multiple misdemeanor counts of official misconduct for allegedly turning a blind eye to county workers bilking the county out of thousands of dollars. He was acquitted of all charges. 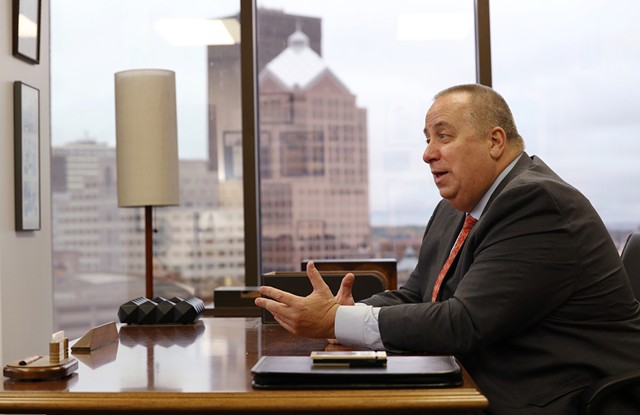 How Damelio became the go-to defense attorney for so many high-profile people may simply lie in the fact that, according to his peers, he is among the best at what he does. A couple of years ago, the Monroe County Public Defender’s Office recognized him as the lawyer in the county who mostly fiercely advocates for their clients.

“Joe has an excellent reputation for providing a vigorous defense for his clients,” Monroe County Public Defender Tim Donaher said. “If I were, God forbid, charged with an offense, he would be in the top five lawyers I would contact for my defense, for sure.”

Damelio can stand off an army of microphones and cameras, and he has a reputation as a savvy courtroom tactician and jury charmer. And the bundle comes with no bravado. He is effusively self-deprecating, punctuating every put-down with a booming laugh.

“I try to be polite [to juries] because I’m a bigger guy,” he said, followed by the boom. “I try not to be a bully, and I don’t think I am. I just like to talk to jurors. You got to get them to like you, then you can get them to trust you.”

His modesty reveals a guy raised with few luxuries or Ivy League polish, but with a relentless work ethic. On evenings before a trial, Damelio can be seen in his office window, pacing and dictating his thoughts into an antiquated, handheld cassette recorder he calls his “security blanket.” He doesn’t trust digital recorders. 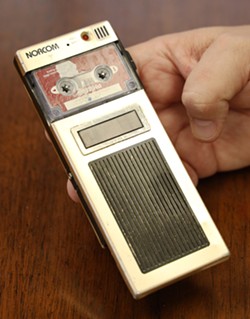 Damelio wasn’t educated at the finest schools and he didn’t climb the defense lawyer ranks in the typical fashion, putting in time as a prosecutor.

“When I was in law school, I interned at the [Monroe County] DA’s Office and everyone I interned with got hired except me,” Damelio said, followed by the boom.

He grew up working class and a devout Catholic in Rochester’s Lyell-Otis neighborhood as one of four children to an Italian father and an Irish mother. His father was a dispatcher at Pfaudler, a glass-lined steel tank manufacturer. His mother was a public school secretary. He was to be named Salvatore, after an uncle he never met who died in the Korean War. But his superstitious grandmother thought it was bad luck, so he was named after his father and given Salvatore as a middle name.

He went to Jefferson High School, earned a bachelor’s degree from SUNY Buffalo, and graduated from Capital University Law School in Ohio in 1986.

Shortly after law school, he spent roughly 10 years as an associate of Michael Rose, a former criminal lawyer whom Damelio considers among his mentors, before hanging his own shingle in a storefront in his old neighborhood at Lyell Avenue and Child Street.

“My plate-glass insurance was more than my rent,” he said, followed by the boom.
Home for Damelio is now Irondequoit, but church is the historic Our Lady of Victory downtown. Religion is omnipresent in his life. The Prayer of St. Francis is tattooed on his left shoulder and a plaque by the light switch in his office, translated from Latin, reads, “Bidden or Not Bidden, God is Present.”

Damelio views his work a calling. One of the verdicts he remembers best is one he wishes he never heard. His client, a young man who wanted to be a police officer, was convicted of assault stemming from a bar fight, effectively killing his dream.

“It made me realize, wow, this changed this kid’s entire life, this verdict,” Damelio said. “This is how important I think this work is.”