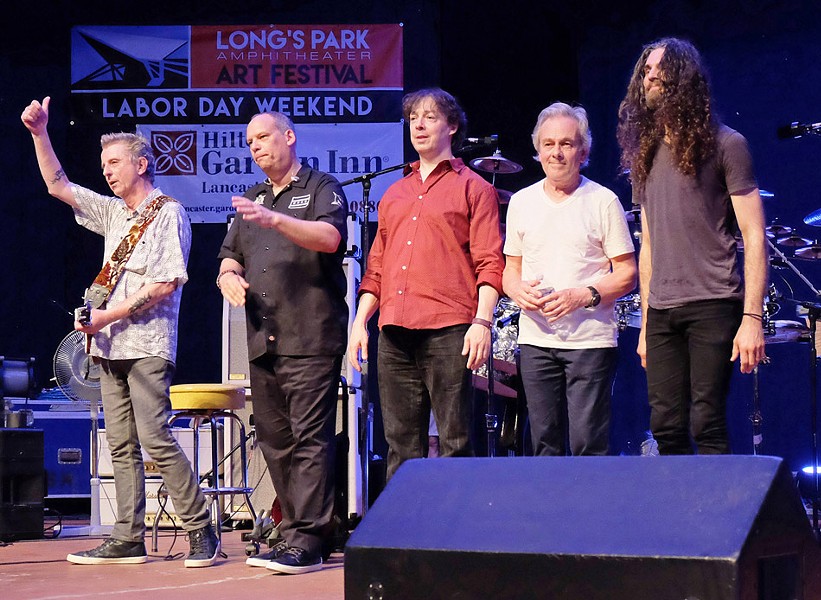 When Brand X formed in 1975, jazz fusion was in its infancy. The group's peers included Weather Report, Mahavishnu Orchestra, the Headhunters and a few others. Since then Brand X has disbanded and re-formed many times. It's also had some illustrious members, including Phil Collins in the late-1970's. Four decades later, Brand X is recognized as a pioneering group, blazing the way for Phish and other jam bands. The current incarnation boasts two original members — guitarist John Goodsall and bassist Percy Jones — and two veteran players, keyboardist Chris Clark (John Entwistle Band) and percussionist Scott Weinberger (who has played with Adrian Belew). The good news is, four decades later, Brand X is as inventive and downright catchy as ever.