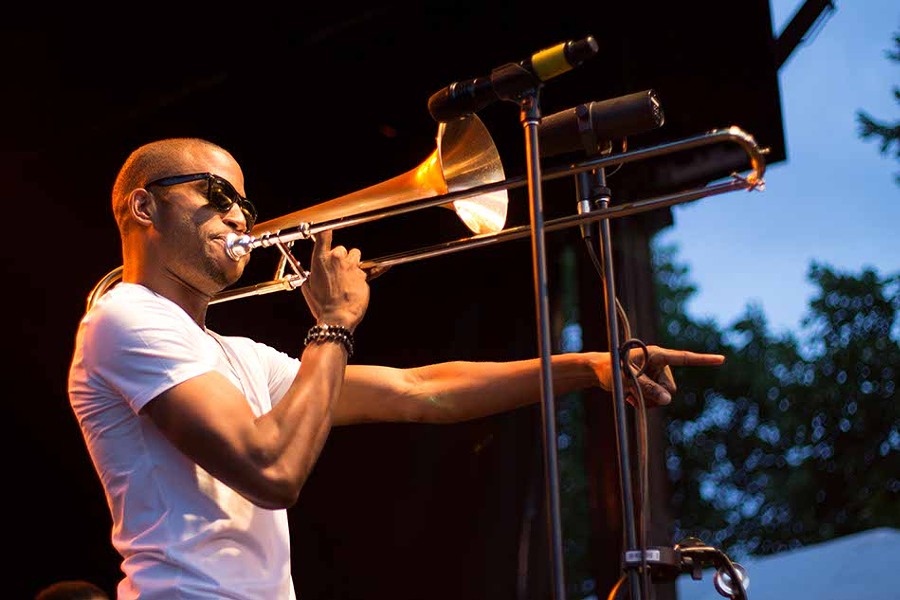 The producers of the CGI Rochester International Jazz Festival announced Thursday afternoon that the event’s June dates are being canceled due to the coronavirus pandemic, but left open the door for a rescheduling in the fall of this year.

"In the past two weeks since we announced our 2020 festival lineup, our world has been turned upside down,” co-producers John Nugent and Marc Iacona said in a press release. “The health crisis we are experiencing has resulted in significant loss of life and illness, growing fear, and unprecedented disruption in all aspects of our lives.”

The nine-day festival, scheduled to start June 19 on 21 stages in and around downtown’s East End District, was to feature Nile Rodgers and Chic, the alt-country band Puss N Boots featuring Norah Jones, Taj Mahal, Kool & the Gang, fest favorite Trombone Shorty and a celebration of the 50th anniversary of Garth Fagan Dance in Rochester, with jazz pianist Monty Alexander.

Rescheduling the jazz festival for the fall would undoubtedly be a complex task, but Nugent and Iacona said all artists who were scheduled for the 19th annual event will be offered a slot.

If the jazz festival is to be moved to September, it will be a tight fit. The KeyBank Rochester Fringe Festival already has much of downtown booked from September 16 through September 26.

The move to pull the plug on the event this year comes as no surprise. Rochester’s heavy summer festival season has already taken many hits, including the cancellation of the Lilac Festival.

But it’s a worldwide trend as well. As countries battle the coronavirus pandemic, events large and small are falling like dominos. In Scotland, the Edinburgh International Festival, the Edinburgh Festival Fringe, the Royal Edinburgh Military Tattoo, and the city’s art and book festival — all of which take place in August — were canceled on Wednesday.

But the following day, Glastonbury, which was scheduled to run June 24 through 28, reversed course and announced it was canceled as a result of the pandemic. Rochester’s festival took a more restrained approach that day, announcing it was suspending ticket sales for Club Passes and the headliner shows at Kodak Hall at Eastman Theatre.

No details of refunds for either the Kodak Hall at Eastman Theatre shows or Club Passes were included in Thursday’s announcement.

The coronavirus pandemic is also reaching back into jazz festivals of the past. Wallace Roney, who played the event in 2004 and 2005 and was widely acclaimed as one of the finest trumpet players in jazz, died on March 31 from complications due to coronavirus. He was 59.