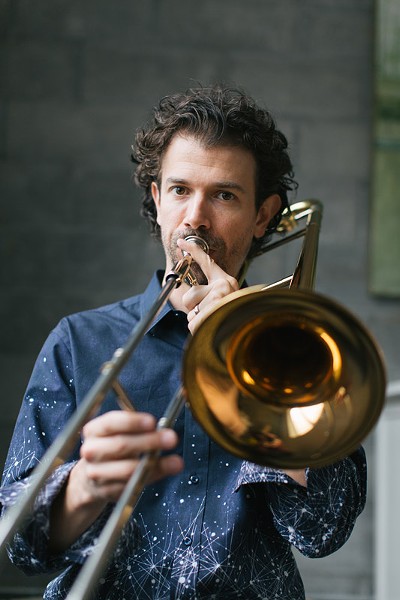 One of the top trombonists in the New York City scene, Ryan Keberle (pictured) has played with greats like Wynton Marsalis and Ivan Lins, and in leading ensembles like the Maria Schneider Orchestra. He has also worked extensively in pop music with David Bowie, Alicia Keys, and Sufjan Stevens. His own musical vision is expressed through his acclaimed group, Catharsis. When he takes the stage at Kilbourn Hall with the Eastman School of Music's New Jazz Ensemble, they'll be playing some of Keberle's music, along with a piece by Eastman student Ethan Cypress and several compositions by the late, great arranger Bob Brookmeyer.