When talking about the most anticipated album releases of 2021, Japanese Breakfast’s third studio album, “Jubilee,” has to be part of the conversation. Released last month by indie label Dead Oceans, the latest effort is sonically rich and adventurous, widening frontwoman Michelle Zauner’s boundless vision that channels bittersweetness.

Whereas her previous two releases came in the aftershocks of grief and loss, Zauner’s latest effort turns the page with a 37-minute exploration in which she finds joy amidst the struggles, and sounds more bold and ecstatic than never before.

Zauner and her band will bring their dreamlike arrangements to Anthology on Tuesday, August 3, with the Philly punk trio Mannequin Pussy serving as the opening act. The 8 p.m. show will be a document of Zauner and her band’s shiny evolution.

Embarking on another incredibly large tour like she did when she last passed through here in 2018, Zauner didn’t know how the tracks on “Jubilee” would translate live. However this has always been the process in Japanese Breakfast: no limitations.

“I used to be in bands that were more straightforward rock projects, that’d try to capture the live sounds, but once I started Japanese Breakfast, I’d chase the sounds that were in my head and not create any limitations for anticipating what it would be like in the library,” Zauner said via Zoom. Whereas Zauner has been previously accompanied by traditional rock instrumentation, she is now backed by a full band with horns, violinists, woodwinds, two drummers ,and even a gong — filling the room with her urgent chamber pop sensibilities. It's unbelievable, considering Japanese Breakfast was never intended to be performed live.

“I certainly was trying to be more ambitious as we get to be a bigger band,” Zauner said. “I've had experience working with string and horn players over the past few years, so it just felt like a really great addition and a less intimidating one I think than it would have been for me two years ago.”


With “Jubilee,” Zauner wanted to capture a different narrative than the one found in her past melancholic, shoegaze-inspired releases, which were thematically linked to her new best-selling memoir, “Crying in H Mart,” released back in April. Zauner said she felt like she said everything she needed to say about her past, from growing up as a Korean-American to losing her mother.

She felt that it was time to explore a surprisingly different theme. “I was really nervous when I made ‘Soft Sounds From Another Planet,’ but with an album like ‘Jubilee,’ there’s less to hide behind and more clarity,” she said.

Zauner and her band began their national tour a couple weeks ago, and Zauner described the experience of playing live music again as “surreal.” 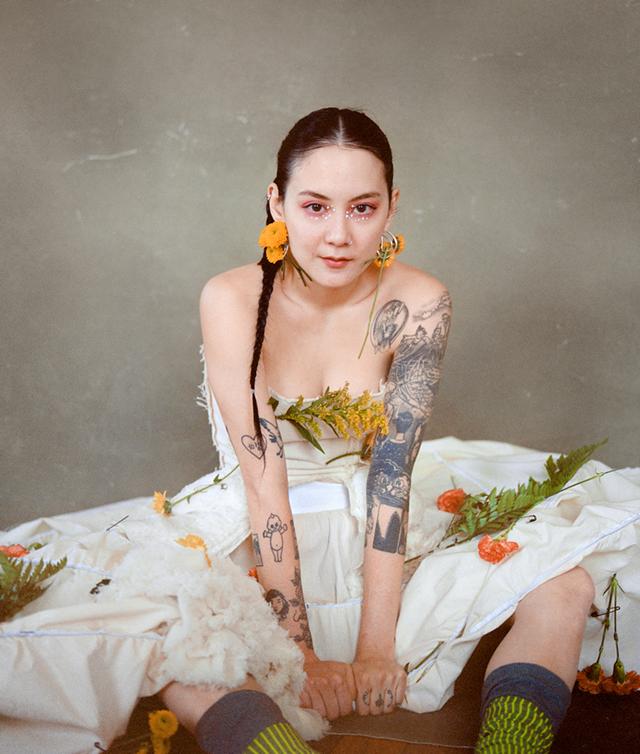 “It’s crazy to finally be playing shows again and come to terms with what’s really happening,” she said. “Everyone is just so excited to be together and it really feels like this sort of final frontier of what we have to get past and comfortable with coming out of the pandemic. I think it’s going to be a really beautiful renaissance period for live music.”

Last time Zauner passed through here, she had just released “Soft Sounds” and played a show at Bug Jar, one of Zauner’s ideal spots when coming to the city. “You know, I always have a really nice time in Rochester,” she said. “I have a good friend named Tim Avery that's always given us a lot of support, especially when we played Bug Jar. And I just hope the audience comes away feeling something deeply, no matter what it is. But I hope ideally they resonate with joy.”


Japanese Breakfast and Mannequin Pussy will perform a sold-out show on Tuesday, August 3, at 8 p.m. (doors at 7 p.m.), at Anthology, 336 East Avenue. Ticket holders must provide proof of vaccination or of a negative COVID-19 PCR test within 48 hours of the show and wear masks while inside the venue. facebook.com/japanesebreakfast; anthologylive.com.