Jack Garner, whose film reviews informed generations, is dead at 75

His wife, Bonnie, who often accompanied Garner to films and press junkets, told the Democrat and Chronicle, where Garner had worked for decades, that the couple would have celebrated their 50th wedding anniversary next month.

Earlier this year, Garner was elected an Honorary Trustee of WXXI and The Little Theatre, which is operated by WXXI.

“There has been no bigger champion for the The Little Theatre than Jack Garner. As the respected voice of film and the arts in Rochester for more than 40 years, we are thrilled to have Jack as our newest Honorary Trustee,” WXXI President Norm Silverstein said  when Garner was named to that post.

"Jack Garner loved the city and he loved The Little Theatre," Silverstein said Sunday. "He was probably our biggest fan, and getting him on board as one of our Honorary Trustees, it actually elevated the entire station. To lose him, it’s a shock, totally a shock, and it leaves a hole in my heart, I can tell you that.”

Garner and his wife Bonnie were informed recently that they would be made lifetime members of The Little, a distinction bestowed in only a handful of circumstances. The organization felt that with what Garner has done for The Little and for film in the Rochester community it was an appropriate honor. 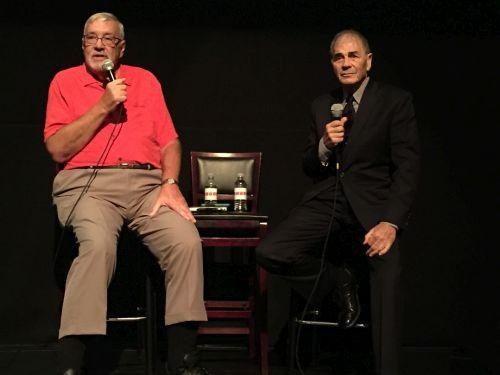 Garner was a fixture at The Little, often watching films and taking part in some of the panel discussions after the films.

Scott Pukos, public relations coordinator at The Little, said he was “devastated” to hear of Garner’s death, and enjoyed working him and seeing Garner and his wife attend films and events at the theater. Pukos said he learned a lot just listening to Garner in those panel discussions.

“He would always find a story to relate, or something that maybe I would miss, and that’s the critic’s eye I guess,” Pukos said.

“Social media has populated the landscape these days with these instant, disposable media stars,and Jack came out of that era where you really earned it, and he really wore that well,” Spevak said.

Garner was also a member of the Board of Trustees of the George Eastman Museum, and in 2007 he was awarded the George Eastman Medal of Honor for his service to the museum and to the community.
Museum Director Bruce Barnes said of Garner: "(He) had a truly deep love of it from early cinema through the most recent blockbusters, which was one of the wonderful things about Jack, was that he was both enormously sophisticated, but he was also, if you would, a cinematic gourmand, he loved a whole range of different things."

Barnes said that Garner was also passionate about preserving film and preserving oral histories of people who were important in film, and that included conversations Garner had with silent film star Louise Brooks, who lived in Rochester for many years.

Barnes said that Garner was also a longtime advocate for the Dryden Theatre at the Eastman Museum.

Both the museum and The Little Theatre expect to hold tributes to Jack Garner at some point in the future.