September 12, 2017
Mayor Lovely Warren has won the Democratic Primary and, given the party's heavy domination
in the city, in all likelihood she'll will begin her second term in January.

With results in from most polling places, Warren had scored an impressive win – more than 60
percent – over County Legislator and former Rochester police chief Jim Sheppard in one of the
uglier local election campaigns in recent memory. Sheppard had just over 21 percent and
former television reporter Rachel Barnhart had about 15 percent. 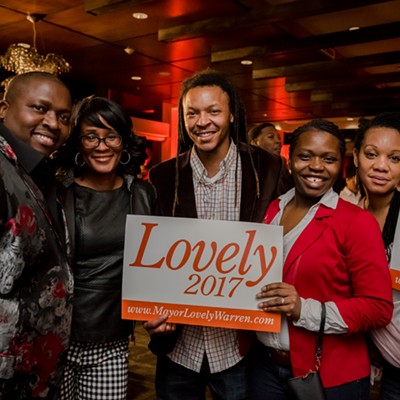 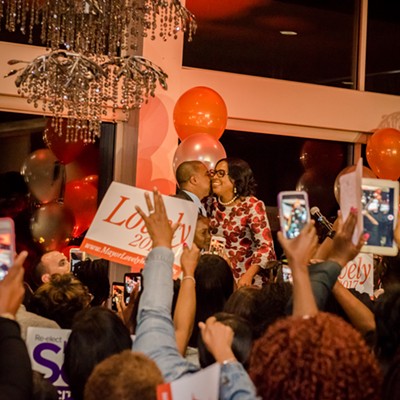 Mayor Lovely Warren's 2017 Democratic primary victory party
By Josh Saunders
Click to View 30 slides
Monroe County Board of Elections officials estimated city Democratic turnout at 25 percent as of 8 p.m., slightly higher than the 23 percent turnout at the same point in the 2013 primary. By way of comparison, an estimated 40 percent of Monroe Democrats turned out for the 2008 presidential primary.

Overall, it seemed to be an incumbents' night, and a night for people with strong name
recognition.

The very packed City Council race, where 13 candidates were running for five seats, turned out to be something of a mixed bag. And name recognition seems to have been a deciding factor.

Council President Loretta Scott pulled in about 15 percent of the votes, the highest amount of any candidate. School board member Malik Evans was close behind, with former County Legislator Willie Joe Lightfoot, incumbent City Council member Jackie Ortiz, and newcomer Mitch Gruber rounding the rest of the top five.

The mayor lost an ally in Dana Miller, an incumbent Council member who didn’t crack the top five. Miller was a firm "yes" vote on the proposed Morgan Management - Rochester Broadway Theatre League development on Parcel 5 at Midtown. Without him, the mayor may not have the seven votes she needs to move that project forward.

There was also a Working Families Party primary for City Council. Winning the five spots there were Jackie Ortiz, Mary Lupien, Shawn Dunwoody, Malik Evans, and Pam Davis. All five will appear on that party's line on the ballot in the November general election.

On school board, president Van White and incumbent Cynthia Elliott – the only two incumbents
running for school board – won two of the three open seats. Newcomer Natalie Sheppard won
the third seat.

The school board will face one more change in January: current board Malik Evans won a seat
on City Council, so a new board member will have to be appointed to replace him.