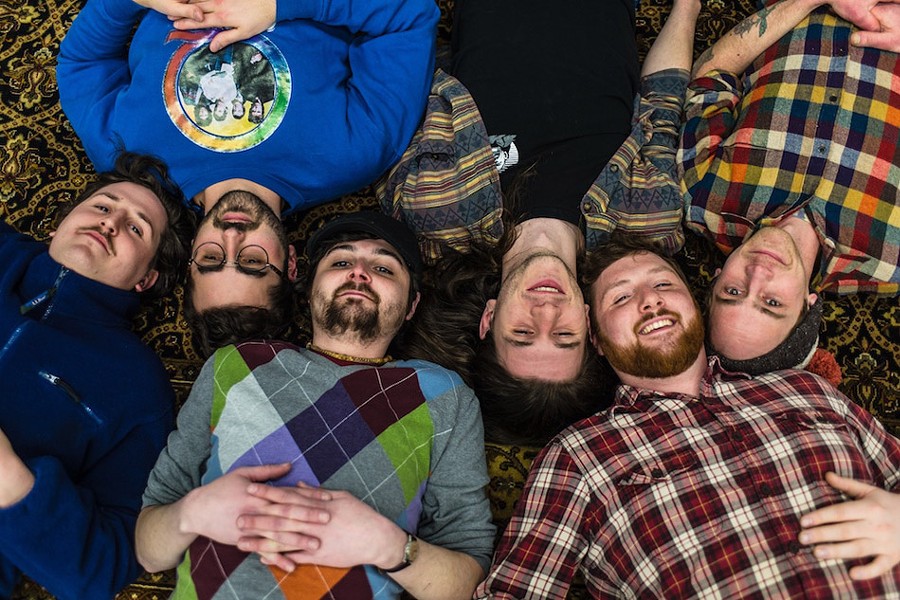 These songs had an unpolished beauty, a tangible warmth that most bands in and around this genre don't possess. But when MacDonald, on mandolin and vocals, put these compositions in the capable hands of The Honey Smugglers --- violinist Zak Lijewski, Joe Dellaria on guitar and vocals, bassist Stephen Burke, mandolinist-guitarist Scott Calpin, and drummer Dylan Niver --- it rounded out the edges and gave it a less-jittery jump.

Brian MacDonald: I started writing music in 2012. I picked up a mandolin in a little music store when I was in the Appalachian Mountain region. Then I saw a band called Cabinet, a jamgrass type of band from Pennsylvania, and I really just fell in love with the style. I hadn't heard too much of it beforehand.

CITY: But you didn't play an instrument?

No. I'd never played a stringed instrument before. With mandolin, I could pick out the chords. It was a lot easier on my hands to make chords and it just stuck with me. So I started writing these songs.

So you were unfettered by previous knowledge?

How did the band come about?

I moved back to Rochester --- I'm originally from Penfield.I saw through Facebook that my friend Joe Dellaria, from Funknut, was working with Herb Heinz and Matt Ramerman. They were doing their Pro Jam and Joe was part of that. I showed him my songs and it just sort of took off from there.

We slowly started building it up. We didn't push it. We wanted to find the right people for these songs. I think there was some worth behind the songs, and at that point it was just a matter of finding the right people who wanted to be a part of it.

All original, too. Covers don't work for you?

I never really saw myself as a musician being out there. Playing other people's music wouldn't resonate with anybody. The way to present yourself in a town full of amazing musicians is to have your own original music, your own words.

How long was it until the band was solidified?

It happened rather quickly. I'd say within the first year together, we decided to record our first album. The band came together as a six-piece.

There never has been a specific approach. It's always been diplomatic. We want to showcase what we all bring to the table and serve the songs the best way we can. That way we feel like we're making an impact together

Zak Lijewski: It's always been a struggle to explain what our music is, what genre is it under. Our instrumentation puts us in the folk-Americana genre, but we haven't pushed it to sound like this or sound like that. We may look like a bluegrass band but one of us comes from a classical background; our guitar player comes from a funk background; our bass player is more into indie rock stuff; I've been a jam band and classic rock fan for most of my life.

MacDonald: The goal has never been to be a full-time touring band with The Honey Smugglers. It's not what we set out to do. More importantly, our goal is to just connect with people, the music, the energy, the atmosphere. That's our goal, and if it stays in Rochester, we're happy with that. We're not trying to blow people's minds, we want to bring people together.