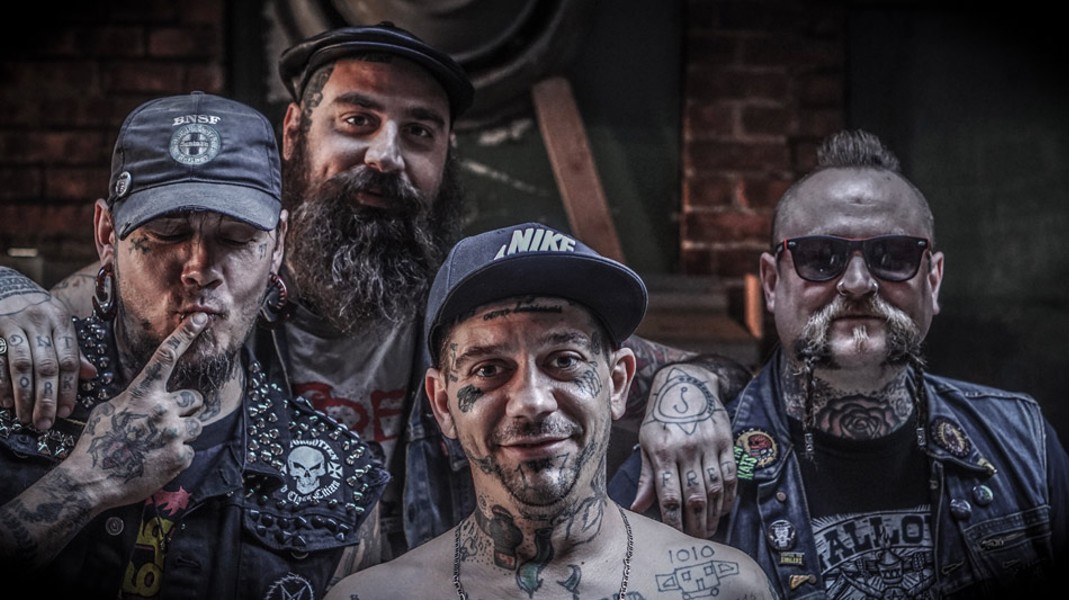 Of all the bands currently out there liberally slathering the suffix "billy" all over their diagnosis - as in psychobilly, punkabilly, swingabilly, et al. - The Goddamn Gallows makes the most sense. Spawned from the American Rust Belt and now spread out around the Midwest, The Goddamn Gallows looks like a band that would bring a knife to a gunfight and win.

The band is a raucous blend of old-time music and punk energy, wrapped in a hobo aesthetic. Though you can't see any strings - or rope - from a puppet master or Svengali up above, The Goddamn Gallows comes from a rather dark and fun place. They've done it in dives and festivals all over the globe, and about six times in the studio. Their latest is 2018's "The Trial," which finds the band going into heavier, uncharted seas.

The Goddamn Gallows' bassist, Fishgutzzz, was at the other end of the line when we gave the band a jingle. We had questions. He had answers. An edited transcript follows.

CITY: Please talk a little about The Goddamn Gallows: the early years.

Fishgutzzz: Me and Mikey [ Classic ] the guitar player started it out in Portland with a different drummer, Amanda Kill, in 2004. She didn't have a kick drum. It was a real stripped-down sound: kinda psychobilly, rockabilly, swingy. Then we moved down to L.A. and met our current drummer, Baby Genius. That's when we started really playing and recording.

What kind of band did you want to be?

We wanted to play like a band we liked. We didn't seek out to do any specific kind of band, just punk rock, psychobilly kind of stuff. Our base sound is punk rock. It's what we mostly grew up on. Everything we listen to gets into our music without getting too messy.

Being on the road so much, how do you write?

Terribly. Back in the day we used to write more together. But now everyone lives in a different city. Now we'll write songs or a portion of a song and when we get together before tour or recording, just hash it out.

Do you prefer the stage or the studio?

I used to prefer the stage. But now I really enjoy being in the studio, sitting down, being able to spend time adding parts and instruments that we can't do onstage. Typically we'll get together, write a record, and record it in three days.

How many vans has the band gone through?

We've gone through 14 in the United States alone. It got to be too much so we started renting. We're still paying off vans we haven't seen in years.

What kind of antics do you get up to onstage?

We used to blow fire, but we stopped doing that for a while. Then a couple of years ago at the Muddy Roots Festival, we caused a bit of a ruckus where a shotgun may or may not have gone off onstage and a table may or may not of been lit on fire. The stage and our washboard player caught on fire. Everybody was fine.

What's next on the agenda?

This tour with Scott H. Biram, and then Europe.

Where do The Goddamn Gallows go over best in Europe?

Probably Germany; England is pretty good, too. Finland is probably the craziest.

What'll they say about you guys once you're gone?