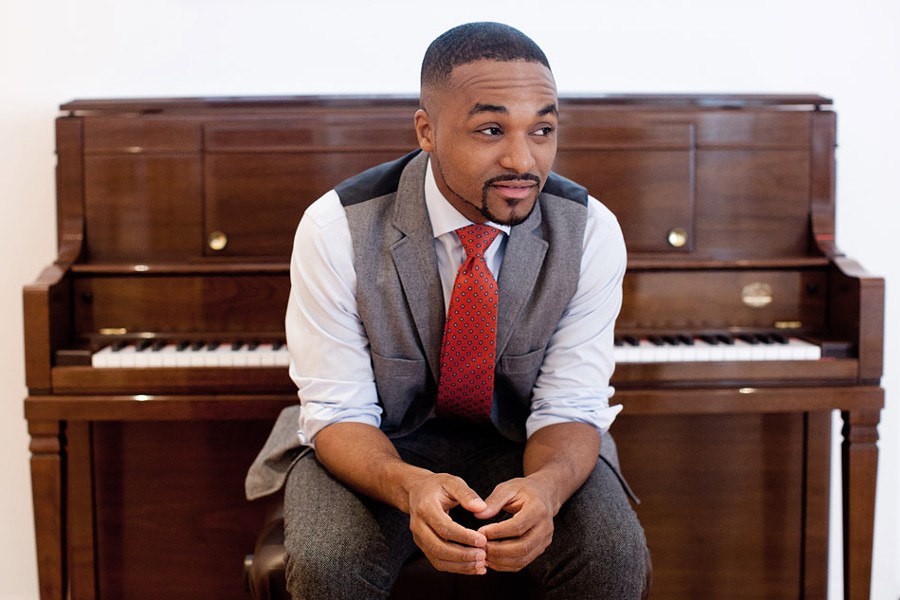 He was born in the birthplace of jazz, but New Orleans native Sullivan Fortner grew up steeped in gospel music. He was turning heads playing keyboards in churches at age seven, becoming a piano prodigy protégé by the time he discovered jazz in high school.

After earning degrees in Jazz Studies from Oberlin Conservatory of Music and Jazz Performance from Manhattan School of Music, Fortner won three major music awards, including the 2016 Lincoln Center Award for Emerging Artists.

When I caught up with him by phone he had just returned from a European tour. The following is an edited version of our conversation.

CITY: How did growing up in New Orleans affect your musical life?

Sullivan Fortner: My upbringing was mostly in gospel music. I didn’t get exposed to the jazz culture until high school, and New Orleans music a little later. So people like Dr. John and Professor Long Hair didn’t really seep into my playing until much later.

But New Orleans was important in my development: my first gigs with Christian Scott, touring with Trombone Shorty and Jon Batiste. They were all friends of mine back in high school.

I read that your dad played a lot of R&B records. Does that show up in your playing?

Absolutely. It shows up in song choices. On my last album, I did a solo arrangement of “Fantasy” by Earth, Wind & Fire.

Who are your major influences on piano?

The first jazz album I bought was a Duke Ellington compilation and I thought, okay, this is great. Whatever. I wasn’t really into it. My teacher said check out this Herbie Hancock album. Okay. Then they gave me John Coltrane, “My Favorite Things,” and I didn’t like it at all. I was 13, I didn’t know. I thought, I’m done with jazz; I don’t understand it.

Then my teacher gave me Erroll Garner’s “Concert by the Sea” and said, if you don’t like this, maybe jazz isn’t your destiny. I put it on, and the second track, “Teach Me Tonight,” changed my life forever. From then on I wanted to learn everything I could about the music.

Then he gave me an Art Tatum album and I thought, this is impossible. And I still think it’s impossible. People like Art Tatum, Thelonious Monk and Bud Powell — there’s nothing you can say. You just have to live, eat, and breathe it to fully understand it.

I’ve read that you practice while you’re performing. How does that work?

In a school environment, I could block out six to eight hours in the practice room. Now that I’m in New York, and barely here, the most time I get to spend at the piano is a ten-minute sound check before the gig. So, I’ll take one or two ideas and try to work on them during the gig.

I’m still performing, but I’m stretching an idea. What if I only play short phrases? If I play chords long, long, short, how would that sound? Things like that keep the brain working.

You’ve worked with many jazz artists. But how did you come to work with Paul Simon?

Mr. Simon had some songs that he wanted to rework with different musicians on “In the Blue Light.” My teacher at Oberlin, Jamey Haddad, had worked with him. He recommended me. I arranged two songs and played on three. We brought in Wynton Marsalis, John Patitucci, Jack DeJohnette and Nate Smith.

Did you ever see yourself working in the pop world?

When I was a kid, my dream gigs were to play with Chaka Khan, Whitney Houston, and Michael Jackson.

In the jazz scene today, there’s a division between the traditional and avant-garde. Where do you fit in?

People have approached me and asked, “Are you going to become a player that’s a historic museum, or are you going to be an avant-garde player?” The only answer I’ve come up with is I just love to play, and any scenario that I’m in, I want to be studied enough to hang in it.

In the avant-garde there’s a tradition that a lot of people neglect. There’s a cohesiveness and a thoroughness and a compositional way of approaching that music. If you’re not careful, you can buy into the mirage of it being completely free, and it’ll bite you in the butt.

When I studied with Jason Moran, he took us to hear Cecil Taylor at the Village Vanguard. I went on stage and looked at Cecil Taylor’s sheet music, and I saw how precise it was. I thought, Man, these guys aren’t just playing whatever they want; there’s a whole language to this that’s very interesting.