Teens feel a lot. As if the odyssey of physiological maturity isn't already dysphoric enough, our current political moment weighs heavier every day. In her debut title, "Girls Resist! A Guide to Activism, Leadership, and Starting a Revolution," author KaeLyn Rich lays down an activist's treasury of resistance strategy as a field guide for direct action.

In collaboration with the Avenue Black Box Theatre, Rich on August 11 organized an activist fair and book launch for "Girls Resist!" She gave away more than 70 copies to local girls and femmes. "This book is for everyone," Rich says. "But not in an 'All Lives Matter' way."

Publishing freelance since 2014, Rich was writing the "Be the Change" column for indie queer/non-binary pub AutoStraddle.com when Quirk Books approached her to write the young adult activist's guidebook. She finished the book in just three months. Apt is her adage: Get stuff done. 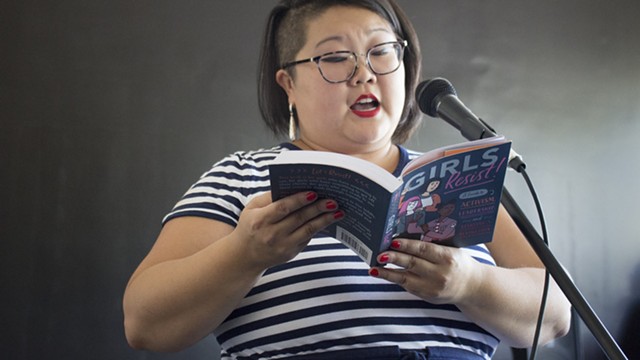 CITY: How did you know you had a book in you?

KaeLyn Rich: If you have something to give to the world, there's never a good time. There will always be challenges, especially if you're marginalized, but ultimately you're your biggest obstacle. I do a life goals plan every six months. On my 2017 plan was write a book. As in, within my lifetime. Little did I know it'd bump up to my three-month plan. GR is the book I could write. The information is part of my activist DNA.

Why choose the Young Adult genre?

That was the publisher's idea, but I think I'll continue to write in the YA genre. Kids aren't getting inclusive social justice history, or queer and trans theory in school. Making the information accessible in this moment is invaluable, especially as we welcome their voices into the conversation.

What advice do you give in "Girls Resist!" that you wished you had known as a teen organizer?

So much! Foremost, self-care and community care must be a priority. Women and femmes are socialized to be caretakers. We burn out. Especially when being feminized in our culture means doing for others, versus the entitled ways of masculinity—assuming stuff gets done, or not recognizing what's been done behind the scenes to your benefit.

How does the book approach privilege and social antagonisms?

I start the reader off early with positionality — who are you, what are the implicit biases you bring to activism, and in what ways do you experience marginalized identity? By the time you get to the intersectionality chapter, systemic power is fully unpacked. Not centering GR only on typical white feminism was important. Marginalized folk can find themselves in the bones of this book because it's written from my lens as an intersectional feminist queer POC. I include teachable moments for white/cis- readership by providing the tools to reckon with implicit bias.

Some teens might think: "I can't vote, my actions don't really matter."

Actions totally matter! To electorates, you're a future voter. You're an influencer. There's power in being a young person with the skills to amplify your voice and take the future into your own hands.

You have a section on how to handle being called out. Did you write from personal experience?

Yeah, I've totally been called out. If you haven't, people aren't being honest with you. I'm so grateful for those moments, but it's always hard. There's no way you won't feel upset when your intentions were good, but what you actually did was not. Getting stuck in that place is what sours allyship. Make space for making mistakes, but don't be defined by them. Own it and hold yourself accountable to do better next time. 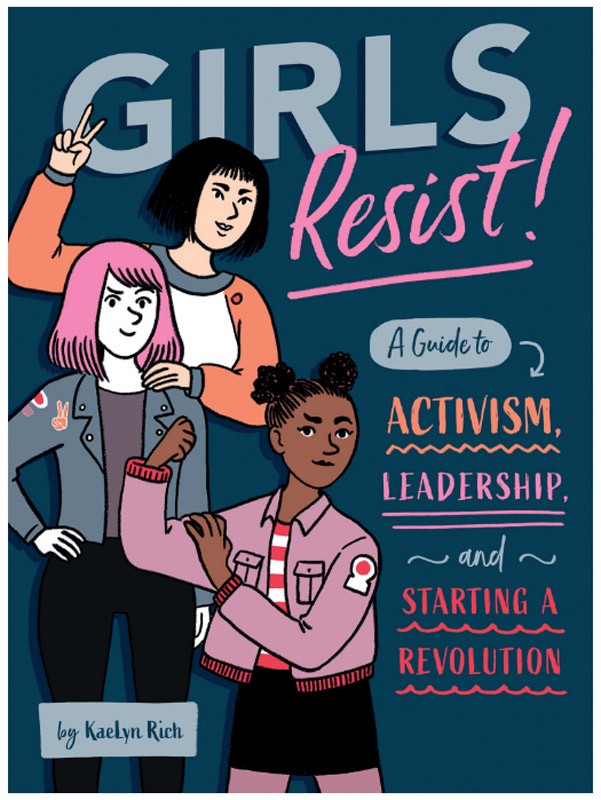 If you could put a copy in the hands of any person, who would it be?

"Girls Resist!" is available at Barnes and Noble, through Amazon, and at Powell's Indiebound at powells.com.