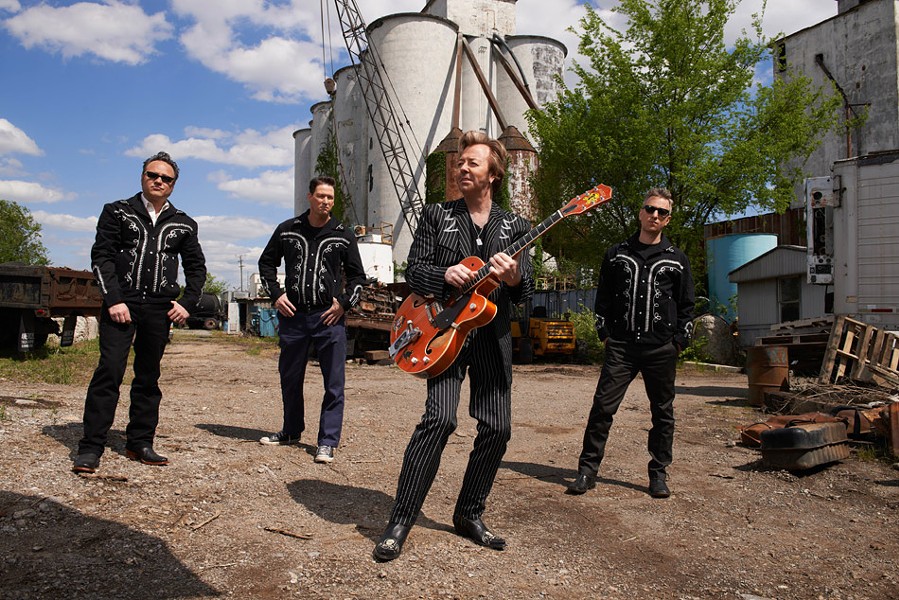 This three-time Grammy-winning guitarist exploded on the scene in 1982 after releasing two albums in England with his rockabilly trio, The Stray Cats. Songs like "Rock This Town" and "Stray Cat Strut" were not only big hits at the time, but they helped spawn a worldwide rockabilly revival. The Stray Cats broke up in 1984.

Setzer's fingerprints are all over the big band swing revival that hit planet Earth like a meteor in the mid-1990's when, in 1994, he released "The Brian Setzer Orchestra" with the hit re-make of Louis Prima's "Jump, Jive, an' Wail."

Setzer has sold more than 13 million records and is considered by many to be one of the greatest guitar players of all time, with his signature Gretsch 6120's twang and blinding speed.

CITY gave Setzer a jingle to discuss having his own sound, where he first heard rockabilly, and if The Stray Cats are back. An edited transcript follows.

CITY: The Stray Cats just played a sold-out show in Las Vegas. Are they back?

Brian Setzer: Ahh, The Stray Cats. We have just a handful of shows, that's all I can say at the moment. We're having a little fun playing. It feels like the good ol' times.

What took you so long?

I guess everyone goes their own way, have different ideas of what they wanna do. But it felt good to get back together and play a couple of shows.

Do you play differently in The Stray Cats than you do solo-wise?

The Stray Cats are more about songs. When I play solo, I can stretch out a little more on the guitar.

What are some of your own favorite records?

Who's your favorite child? The one that doesn't give you any trouble. I guess my favorite records would be the very first Stray Cats record. And my favorite big band record that I did was "The Dirty Boogie." Those are two of my tops.

Where did you first hear rockabilly music?

I first heard rockabilly music in my house growing up. It was around a little bit. Later on when I was playing my own records, I distinctly remember my dad saying something. I was listening to "Honey Don't" by Carl Perkins but it was The Beatles record, and my dad came in singing along, and I said, "How do you know this?" He said, "I don't know who The Beatles are, but that's Carl Perkins." We all got it kind of second hand.

Do you struggle with anything on the guitar? You make it look so easy.

You know there are always things I try to improve on. You're always getting better. I play it every day — it just feels comfortable to pick it up. It's like an old friend.

Any new projects in the works?

I haven't written music in a long time. It's been a while, at least a couple years, and I just started writing. I've got almost an album now. I'm probably going to record it this year.

What do you listen to for fun?

I put on the Sirius bluegrass channel when I ride around. I listen to all-roots music I guess you'd call it. I'm also hooked on big band jazz. When I listen to music, it's usually that or blues, bluegrass, rock 'n' roll, even some old country.

What's something you're most proud of?

I've developed my own style on the guitar. If I come on the radio somewhere, it sounds like me. I don't sound like 100 other guys — I sound like me.