Take a load off, Amy 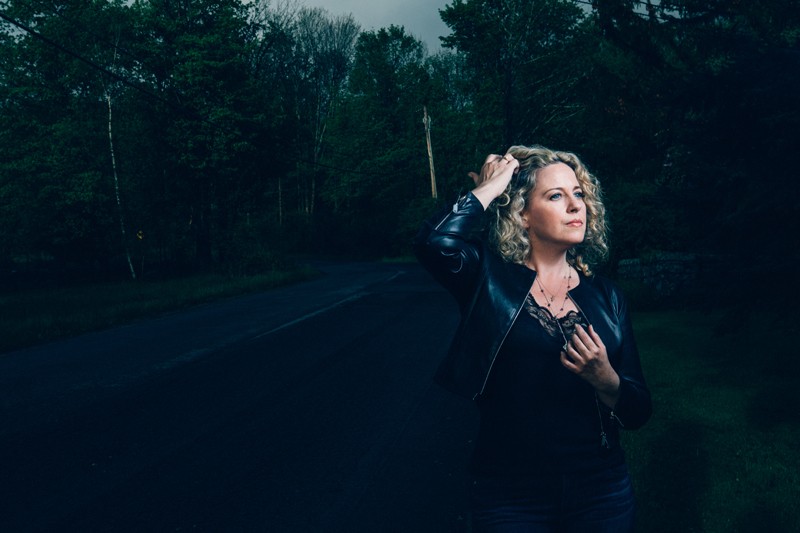 [ UPDATED 10/8/19 ] Singer-songwriter Amy Helm does little to keep a lid on her joy, even as she tosses plenty of bittersweet heartbreak into her lyrics. She navigates her band through organic grooves, in an eclectic yet classic strain that doesn't rely on too many genres. That would just muddy up the soup. She is still touring in support of last year's Joe Henry-produced "This Too Shall Light," an album that takes off majestically, heading skyward and beyond. It's effortlessly captivating.

Perhaps some of the album's power can be attributed to Helm's musical heritage; she's the daughter of The Band's late drummer Levon Helm and singer Libby Titus. But Amy Helm holds her own nicely, with dramatic vocals and a cool presence that doesn't clog the proceedings. She doesn't name-drop or cop to her bloodline. She's completely herself: Amy Helm playing Amy Helm's music.

We tracked down Helm on the phone, ahead of her October 10 show at Three Heads Brewing. She was candid and charming, with a palpable enthusiasm. An edited transcript of our conversation follows.

CITY: Without using the words "Americana" or "roots," tell us a little about the music you play.

AMY HELM: Let me start by saying that's the best question I've ever been asked. Because none of us quite know what the word "Americana" is supposed to mean. I play music and hopefully stay in pretty good pocket, if I'm lucky and having a good gig.

You said in a recent interview that your sound is circular. What did you mean?

I think the presence of the voices on the album really shifted to a sound that connects each song. And that's what I meant by circular — that the real connection and thread of each song for me was the harmonies and the arrangements of the background vocals. That was a real center of gravity for me on the album.

Is recording four-part harmonies better when done all at once in a single room?

So much better. With "This Too Shall Light," we set up in a room that allowed us to be all live together and have enough circulation that we didn't have to bleed into each other's microphones. We could see each other and hear each other.

United Recording Studios allowed for that. It's an iconic room with high ceilings and lots of space and lots of configurations available for that. It makes it a lot easier to feel what you're doing, when you can turn and see the person you're singing with.

What does a song need in order for you to consider it worthy of covering?

I can tell fairly quickly if I can tell the story of a song or not. I'll find a way and kind of plunk through it on piano at my house, or even get behind a drum set — find the backbeat to the song and see if it feels honest or not. And if it doesn't sound honest, if it sounds like I'm pushing or trying to be something or do something I can't physically do, then I can tell pretty quick.

Where does your father's influence end and where do you begin?

I guess I'm finding out as I go. You take what you can along your path. When I'm confronted with things that he's not there to ask how to handle, that's when I feel myself coming up.

What's a valuable life lesson your father taught you?

What's next for Amy Helm?

I'm getting ready to make another record. I'm writing, working on collaborations, getting material together, and hopefully recording this winter.

I don't know yet. I guess the songs will tell me.

Frank De Blase is CITY's staff music writer. He can be reached at frank@rochester-citynews.com.