Interview: Alex Northrup and the Backup 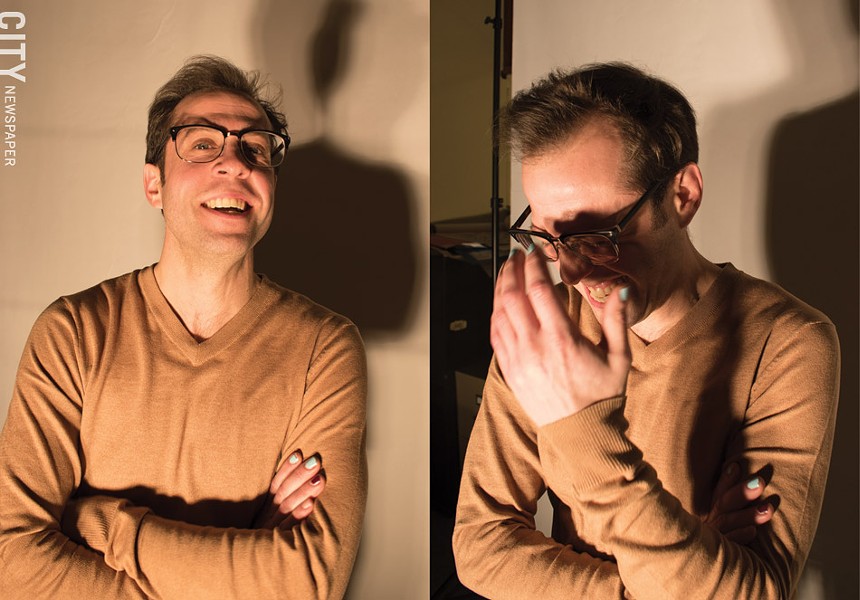 PHOTO BY JACOB WALSH As the keyboardist of Jon Lewis Band, Alex Northrup has gained insight for his new project Alex Northrup and the Backup.

Alex Northrup and the Backup

'Miracle on North Street' with Calicoco and TheSugargliders

7 p.m. | $5-$10 suggested donation | Raffle for The Boys and Girls Club of Rochester | facebook.com/smallworldbooks

In the meantime, Northrup has also been the keyboardist in Jon Lewis Band, playing alongside drummer Jacob Walsh (disclosure: Walsh is a graphic designer for CITY Newspaper), a mainstay on the sessions from "The Great Mundane, and producer/bassist Dave Drago." Following the May release of its own album "Get Wild Somewhere," Jon Lewis Band quieted down for the remainder of 2018.

And with a less intensive schedule, Northrup and Walsh decided to move forward and play shows featuring the former's once-dormant solo material. With the addition of former Northern Spies bassist Andrew Carter to their ranks, Alex Northrup and the Backup was born, and with it a throwback rock sound that manages to feel both faithfully vintage and utterly original. The trio is currently working on what will probably be an EP release this winter.

In advance of the band's two upcoming concerts at The Spirit Room and Small World Books, Alex Northrup recently spoke about Jon Lewis Band's impact on The Backup and the surprising source of Northrup's songwriting inspiration. An edited version of the interview follows.

CITY: My introduction to you was as a member of the Jon Lewis Band. Do you feel like you live two separate musical lives?

Alex Northrup: I would say, "No, it's not a separate musical life," 'cause I think a lot of the things that I'm, we'll say, a sideman in, they're not too far off of what I like and what I would be doing anyway.

For a long time, I preferred doing that, 'cause, you know: stage fright and all that not-so-fun stuff. I'd just sit in the back, or sit off to the side, and do my thing. And I think when Northern Spies ended, I was pretty relieved at not having to be the front guy anymore.

Would it be accurate to say that the music you do now with Alex Northrup and the Backup is kind of like taking the retro-60's vibe you bring to the Jon Lewis Band and putting it front-and-center?

I think I learned a lot from being in that group, just different things about how to put five people with completely different influences together, and the sound that comes out of it - just how to work together on things. That was a very fortunate experience to have. Still have, still going on.

What is your relationship to your musical influences, in terms of the writing of a song?

I don't know. It's changed over the years, I guess, depending on the influences. This was a thing I learned from playing in Jon Lewis Band, just how to craft songs. 'Cause I saw that he and Dave were very quick to just come up with these hooky things. Very simple, hooky things.

And, you know, I was always a very slow worker. I'd labor over things. I wouldn't even show it to someone until I was like, "This is absolutely 100 percent. This is as far as I could get it." I think that showed me that you can come with an idea, and not really labor over it, and just kind of take it as it is, and bring it to other people, have them throw their thing on top of it.

There seems to be some sort of dialogue between classic rock music and a contemporary indie sensibility, and I'm wondering how you navigate that. Is it just what naturally comes out of you?

Yeah. I don't listen to much modern music, like current indie rock. Growing up, even all the way back to a little guy, it was never what everyone else was listening to. I found this other stuff through the radio my parents were listening to, their record collection.

So what were you listening to?