by ALEX HERRMANN and Alexander Jones

Transitioning from high school to college was a unique challenge for Rochester Institute of Technology student Logan Herrick.

Herrick, who came from the small Seneca community of Salamanca, New York — a city with a population of less than 6,000 people — found herself missing the connections she had at home. She lacked the common ground she shared with other Native Americans, and felt isolated at RIT.

"When you have people who have shared experiences with you, it makes you feel a little more comfortable," Herrick says. On a campus filled with students coming from a background entirely different than hers — even when Rochester is a mere two hours from her home — it was difficult to feel at ease.

It was not until Herrick became involved with RIT's Future Stewards Program, a campus group dedicated to helping Native American students succeed on and off campus through various activities and educational programs, that she truly felt at home. Finding a group of friends with similar experiences as Native Americans allowed her to be herself, and share her opinions, stories, and personal perspective.

"You can talk to them and not get blank stares," she says.

Programs, clubs, and organizations like RIT's Future Stewards Program are crucial in combating poor college attendance within Native American communities across the country, and improving the experiences of Native American students who do choose to attend. 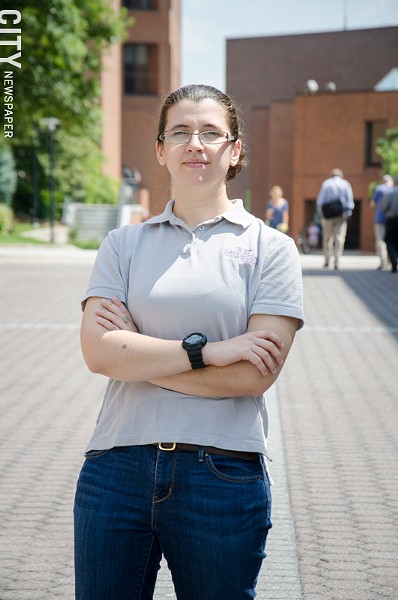 According to a 2012 report by the National Center for Education Statistics, only 12 percent of Native Americans between the ages of 25 and 34 have a four-year college degree. And of the Native Americans that do choose to attend college, only 40 percent graduate, compared to 60 percent of white students.

Native American communities are often considerably smaller than a college setting. Consequently, parents can be hesitant to send their children to an unfamiliar and potentially overwhelming environment. Native American university groups can serve as tangible evidence that their children will be cared for, and help convince parents to enroll them, says Roger Dube, a professor at RIT and the Director of Research Initiatives for the Future Stewards Program.

"We listen to what each of the nations would like to see," Roger says. "They're the ones who are sending or not sending their kids... and we want to make sure we deliver on that.

"In addition to opening up all these horizons, which RIT does really well, we want to also create or reproduce that family environment where they come from. We try to invite them in, and we try to get social activities going very quickly."

To help promote community for Native American students, the Future Stewards Program has organized activities like the Canandaigua Lake Ring of Fire, an iteration of the traditional Seneca "Genundowa" or "Festival of Lights" — in which flares are lit around the lake to give thanks for the harvest season — a performance from Grammy award-winning singer Joanne Shenandoah, and a celebration of the national Indigenous Peoples Day in October.

The goal of the program is to influence Native American students to go to college, and "pursue their dreams and the things that they've always dreamt of doing from when they were little," says Nicole Scott, Future Stewards Program Manager.

The demand for student groups working with Native American student in Rochester is difficult to ignore. Historically, the area has been a home to a large Native American population. Nearby Ganondagan, a historic Seneca location, continues to host events and initiatives ranging from its Iroquois White Corn Project to its annual Dance and Music Festival every summer. Rochester's Native American Cultural Center, which opened in 1976 and remains a non-profit, hosts events like corn soup cook-offs, film screenings, and Smoke Dance and Hand Drum competitions at its "Gathering at the Heart of Niagara."

What many Native American students are faced with once they actually do get to college, however, is the difficulty of pursuing their dreams in an environment that routinely neglects their culture, says Stephanie Waterman — an assistant professor in the University of Rochester's Warner School of Education. Waterman has conducted extensive research on Native American college experiences.

The majority of colleges provide some sort of orientation program for incoming and current freshmen. Still, Waterman believes they are often insufficient.

"There's a lot of student activities and student groups," Waterman says, "but those activities can be very marginalizing because it's still not your culture that's being celebrated or practiced."

While the University of Rochester does host events surrounding Native American History Month, and Monroe Community College supports an Indigenous Peoples of the Americas Club, many local university programs or clubs are small. Most schools occasionally provide programs and events for Native American students, but it is difficult to find evidence of a noteworthy Native American student group at most Rochester schools that goes to the extent of the Future Stewards Program.

"I come from a reservation, as do most of these kids, so these organizations are crucial to build a sense of community," says Elissa Parker, Chief of Monroe Community College's Indigenous Peoples of the Americas club. "Having some university backing would definitely be helpful. It would even be a ton of help if someone just popped in every once and a while and asked how we were doing." 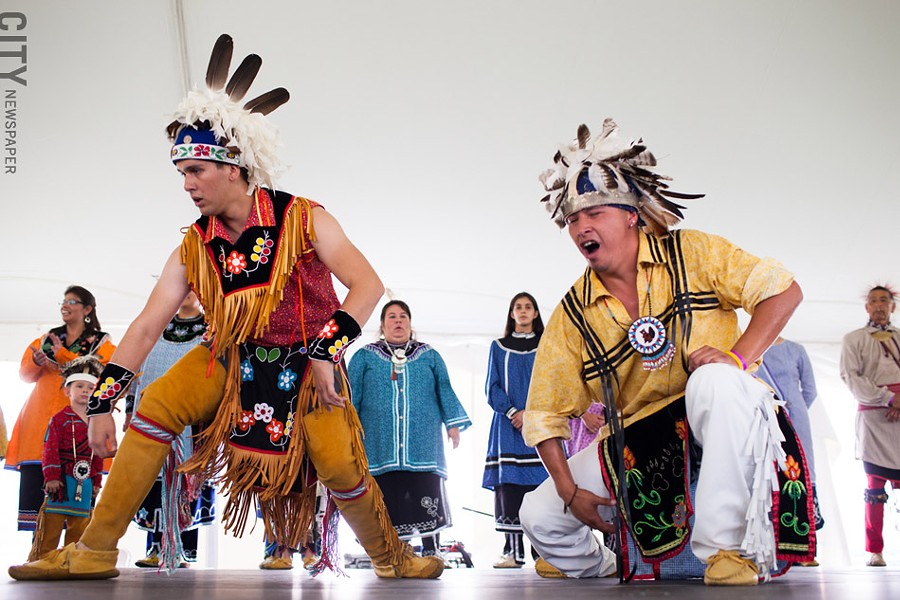 According to Parker, this lack of support stems, to some extent, from a disregard for Native peoples throughout the country.

"I'd say the biggest problem facing Native Americans in the 21st century is simply ignorance," she says. "People don't think that we exist anymore. A lot of people just think we all kind of vanished but we're just like everyone else. We still exist, but it seems like people don't realize that."

It doesn't take much, according to Waterman, to help curb that ignorance and make a tremendous impact on these students. She tells the story of a white administrator at a state institution who saw that Native students were not being served at his school. After realizing that the resources available to these students were severely lacking when compared to those provided for students of other minority groups, he decided to remedy the situation.

"What he did that really made the difference was to start going to community events," Waterman says. "The Seneca Nation has a fall festival that he went to, he started going to lacrosse games ... to see him in the community, he was backing up his commitment to [them]. He was willing to go there. That kind of spread through the community."

And even at RIT, there is work to be done. Dube and Scott hope increased funding for the Future Stewards Program could lead to a dedicated space on campus for Native American students.

"That's something really important," Scott says. "Having a place where students can come together... a space they can call their own." Such a space could be decorated with Native American designs and provide a place for Native students to study, nap, or simply spend time together.

"A lot of universities around the country have dedicated buildings for their Native Americans," Dube adds. "It becomes a part of their identity. There's a building they can recognize and say 'I belong to that.'"

This building, Stephanie Waterman reasons, could help students throughout the area.

"At Harvard, their Native American program really serves all the colleges in the Boston area," she says. "I think RIT could be that kind of hub for this area."

The model RIT has put in place with their Future Stewards Program serves as an example that other Rochester universities could follow on their own campuses. Ultimately, the most important goal for these universities could simply by to let Native American students know that they are welcome.

"As long as students know they have somewhere to go," Waterman says, "that's what is important."