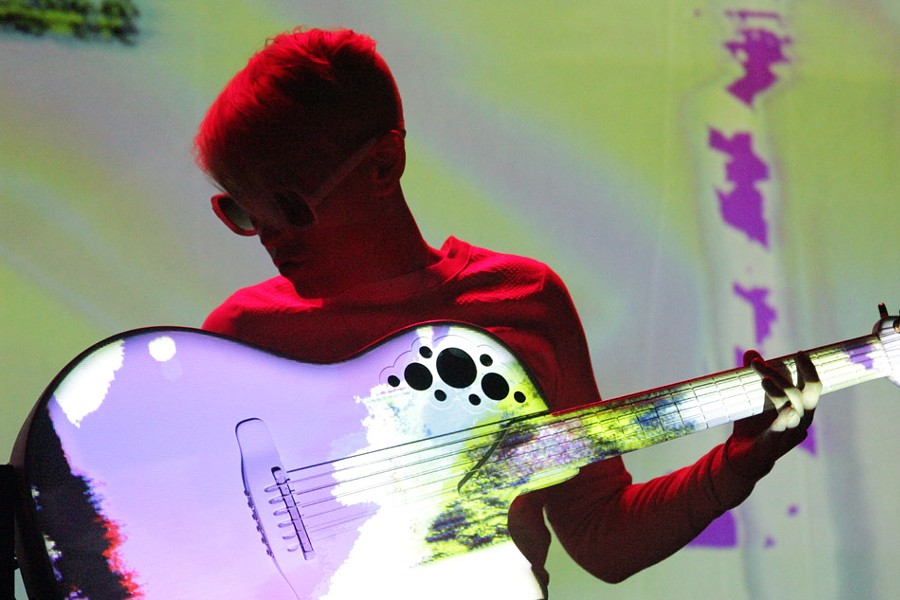 Rolling Stone has dubbed Kaki King a "genre unto herself"; the Brooklyn-based composer and guitarist definitely feels like an iconoclast in her avant-garde approach. While performing her most recent album, "The Neck Is a Bridge to the Body," King shows her affinity for the visual experience by conjuring a Bjork-esque creative force. Picture her guitar a-glow with a colorful projection showing the sound waves and resonance of what she strums. Kaki King's non-lyrical creations seem uninterested in saying anything explicit, with a jazzy, percussive playing style that's enjoyably unpredictable. This is the kickoff show to The Little Concert Series, which is presented by Different Radio.