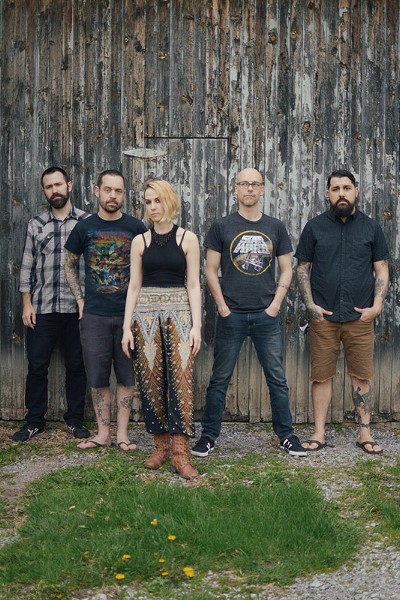 During its all-too-brief initial run, Vekora was always one of the Rochester's best-kept secrets. Its only full-length record, 2014's "Vekora," is a sprawling yet cohesive mission statement, blending The Appleseed Cast's sense of atmosphere with the grandiosity of Brand New and Circa Survive. Vocalist Alexandra Wendt is an equally commanding and breathtaking presence on the album, sinking to sub-basement lows before rocketing up to soaring leads as the band cascades around her. If you missed Vekora the first time around, the band is marking its June 14 performance as a return show, and it's working on a new album (check out the band's Facebook page for a link to an Indiegogo funding campaign).

Vekora will perform with Futurecastle and The Stacy White Suite on Wednesday, June 14, at the Bug Jar, 219 Monroe Avenue. 8 p.m. $10-$12. bugjar.com; facebook.com/vekoramusicmakers