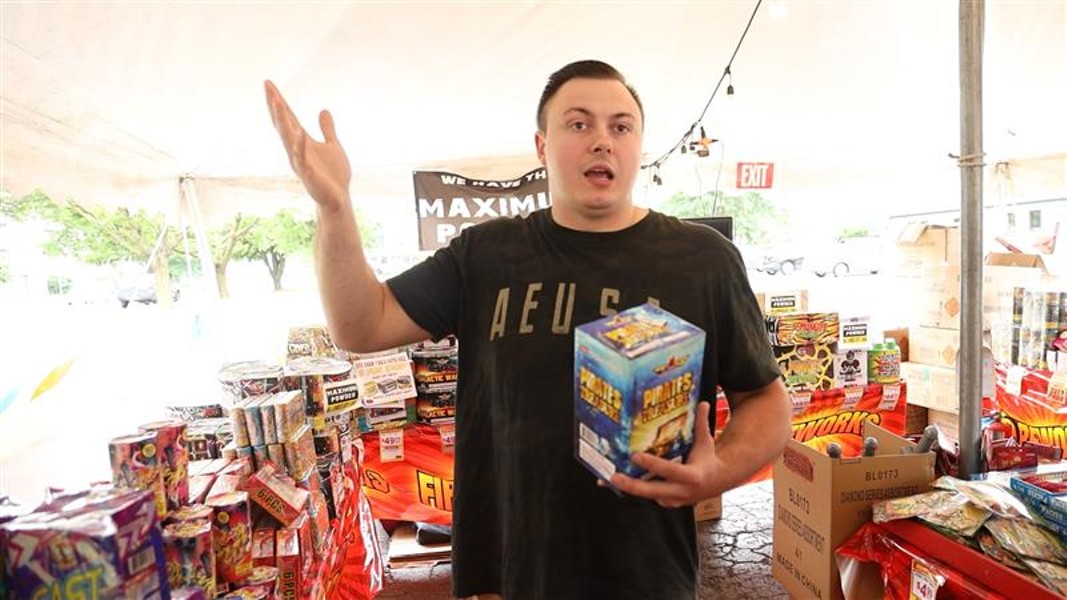 But just a few days before the Fourth of July, owner Jason Guck was minding a pavilion packed with pyrotechnics with names like Enormous Eruption and Hydro Beast and short on customers.

“Business has been kind of slow this year,” Guck said. “I don’t know if it’s people just don’t want to come out, coronavirus or what, or all this information that fireworks are illegal, which they’re not.”

The “information” of which Guck speaks is the incessant news headlines and social media posts about the proliferation of “illegal fireworks,” heard in the bangs, booms, and sizzles after sundown through the wee hours of the morning in Rochester and in cities around the country.
The relentless noise and attention to the matter has blurred the lines between what is legal and what is not for countless bleary-eyed people who are desperate for sleep and clamoring for leaders to crack down.

A day earlier, the Albany County Legislature announced plans to repeal a county law — the same law in Monroe County — that permitted the use and sale of specific grade of fireworks known as “sparkling devices.”

“Sparking devices” are the extent of what can be legally sold in New York. They are what’s on display at box stores and roadside tents like Barely Legal Fireworks under ominous-sounding labels like Pyro Engine and Disturbing the Peace that don’t live up to their names.

But none shoots into the sky or has what is known in fireworks parlance as “a report,” meaning an explosion or series of explosions, which is what's driving people and their pets mad.

“Nothing here is going to launch or give a report or an explosion,” Guck said of his inventory. “More than likely, the fireworks people are complaining about are mortars, rockets, firecrackers, anything that goes up into the sky.”

All fireworks were illegal in New York until 2016, when the state allowed for the sale of “sparkling devices” and gave counties the option to opt-in. Most did, but Monroe County wasn’t one of them.

That’s when tents like Guck’s began popping up around the county. Now, operations like his and other retail fireworks sellers are being fingered as the culprit behind the fireworks that have become the cacophonous soundtrack of the summer.

At a news conference in Albany County announcing the intent to ban fireworks, one county legislator there held aloft a “sparkling device” fireworks set he said was responsible for plaguing his neighborhood.

“It kind of puts a bad rap on what I’m trying to do here,” Guck said of publicity like that. “I’m in compliance.” 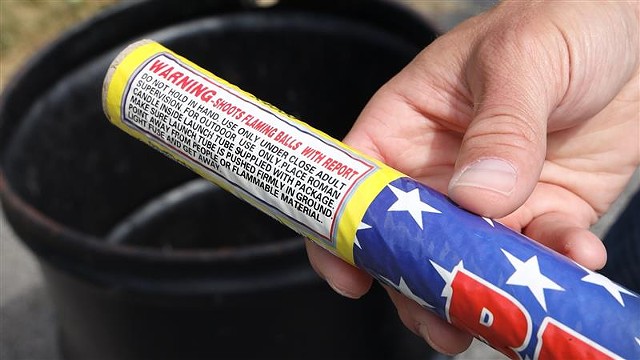 Monroe County legislators said there was no serious talk here of reverting to banning “sparkling device” fireworks. But they acknowledge there remains much confusion.

“Every day I have residents calling me saying, ‘Did you know that Walmart is selling fireworks?’” Monroe County Legislator Rachel Barnhart said. “Every day I’m explaining that these are not the fireworks causing the problem.”

Barnhart compiled a portfolio of 20 photographs and videos of fireworks her constituents had complained about in recent weeks and shared them with law enforcement officials. The consensus was that nearly all of the fireworks pictured were not legally sold in Monroe County.

“I am open to Monroe County opting out of sparkling device sales if it reduced confusion and helped law enforcement confiscate illegal fireworks,” Barnhart said. “But I think we need to be honest about what’s happening here. I’m not convinced (opting out) would do anything except be a symbolic gesture.”

Evidence of illegal fireworks abound all over the city and suburbs. A giant billboard on Hudson Avenue invites motorists to take the drive to Pennsylvania for fireworks they can't buy here. The blown-out carcasses of such fireworks which are strewn about parks and alleys and street corner trash cans.

Where they were not on display, though, is in the Barely Legal Fireworks in East Rochester, where Guck waited for a customer to walk into his tent.