I.M. Pei left his mark on Rochester, too 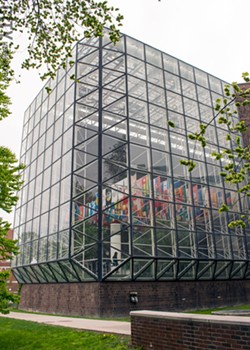 I.M. Pei, one of the world's most iconic and prolific architects, has died at the age of 102. Most admired for his remarkable transformation of the Louvre in Paris and the Postmodern grandeur that is the Bank of China Tower in Hong Kong, Pei also left his fingerprint of genius on the Flower City.

In 1976, just after he completed the John Hancock Tower in Boston – and right before he finished the John F. Kennedy Library, also in Boston – he designed the Wilson Commons building at the University of Rochester.

As a central location for campus life, Wilson Commons provides space for gatherings, performances, lectures, exhibits, leisure, play, and eating. Among its many impressive features, the six-story glass atrium, which is adorned with flags representing the country of origin of that year’s student body, make it a public environment that models democratic participation, global unity, and scientific inquiry.

The geometric design of the building’s windows, for instance, exemplifies the virtues of inquisitiveness and honesty that Pei strived for in all of his structures. Poetically speaking, the building itself is the torch but the people gathered within its walls are the torch igniters and torchbearers. As Pei once wrote: "The essence of architecture is form and space, and light is the essential element to the key to architectural design, probably more important than anything. Technology and materials are secondary."

Wilson Commons, in its own intimate scale, brings together form, space, and light in a way that is both aesthetically compelling and functional to the everyday affairs of an academic community. It may not be considered by experts to be a Pei masterpiece, but it is a building imagined and constricted by a true master nonetheless.

In 1983, Pei won the Pritzker Prize, sometimes called the Nobel Prize of architecture. Simply put, he was not just a great architect, he was one of the greatest architects of all time. Any Rochesterian who cares about beauty and greatness will be humbled that he found an opportunity to share his vision with us. 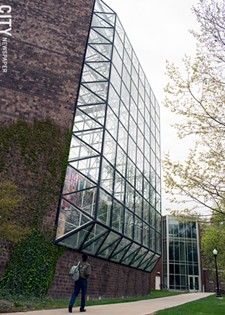 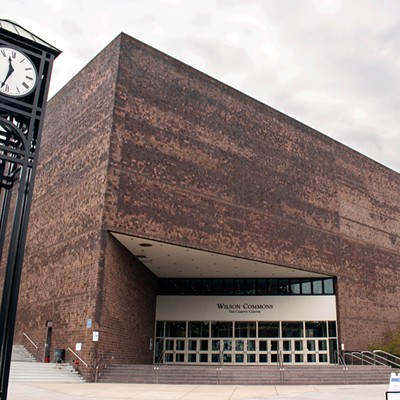