IJC says no plan would have stopped last year's flooding

June 21, 2018
About that Lake Ontario flooding last year: blame it on the rain. And the melting snow, too.

Today the International Joint Commission, the binational body that manages water bodies shared by Canada and the US, released a report on the causes of last year's epic flooding. And the conclusions are sure to infuriate landowners and politicians across Niagara, Orleans, Monroe, and Wayne County, who wanted nothing more than to blame the inundation on the IJC — and organization they often speak of with scorn — and its water management framework for Lake Ontario and the St. Lawrence River, Plan 2014. 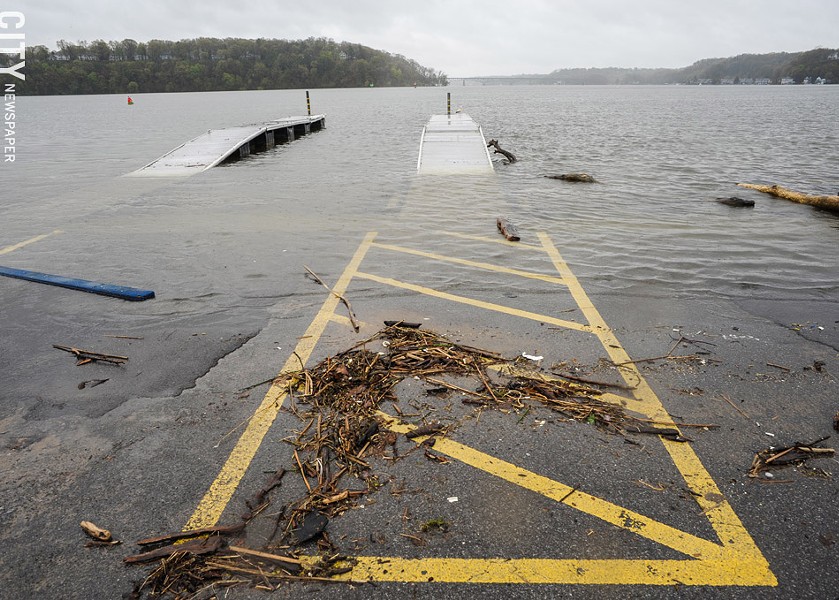 But on a webinar this afternoon, IJC representatives explained that no management plan would have stopped the flooding. The problem, they said, lies snowmelt followed by extreme amounts of rain across the entire Lake Ontario and St. Lawrence River drainage basin.

A video the IJC released in advance of the report lays it all out in plain terms. Between January and March 2017, combined snowmelt and heavy rain cause the lake to rise two feet above the average level for that time of the year. Then in April and May, which the video says were two of the wettest months on record, levels rose another two and a half feet; over that time period Rochester received around 10 inches of rain and Buffalo received almost 13 inches . That rise in Lake Ontario's level was more than double the average springtime increase, the video says.

The IJC says it generally increased outflows from the lake into the St. Lawrence via the Moses-Saunders dam as Ontario's waters rose. But it also had to deal with periodically raging flows from the Ottawa River, which created flooding problems along the St. Lawrence. Thousands of people had to be evacuated from areas around Montreal, the video says.

And at one point in the early spring, water regulators had to deal with ice on the St. Lawrence that, if not treated properly, could have broken apart and formed ice jams. And that, in turn, would have prevented water from flowing out of Lake Ontario into the St. Lawrence.

Related The water will win

The water will win
Plan 2014 and life along Lake Ontario
By Mary Anna Towler and Jeremy Moule
News
Tony David, a member of the IJC's Lake Ontario - St. Lawrence River Board, explained that Plan 2014 is not a rigid lake levels plan. It can help mitigate flooding but "it cannot prevent major floods from happening," he said during today's webinar.

David and fellow board member Arun Heer , secretary of the US Army Corps of Engineers' Great Lakes and Ohio River Division, said that lakefront communities should be looking at coastal resiliency measures and developing plans. Among the issues local governments should consider are land use policies and decisions, they said.

David and Heer said they can't definitively link last year's precipitation and flooding to climate change, but that climate change will likely influence future conditions that could result in extreme low and high water levels.