ILLUSTRATION BY JACOB WALSH
Lauren Hartley was bracing for the worst when she got the phone call from Rochester General Hospital on a recent morning — and she got it.

“They told me I was positive, I needed to start self-quarantining immediately, I need to start informing every single person you’ve been in contact with in the last few weeks,” Hartley said.

A health worker in a long-term care facility, Hartley had been running a fever when she took a COVID-19 test at the hospital’s urgent care drive-thru site four days earlier. After the call, still feverish and self-quarantining in her mother’s basement, Hartley prepared for her condition to worsen. 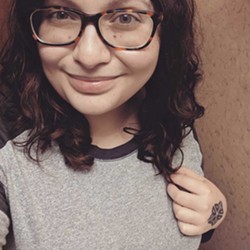 She worried, too, about her other medical conditions exacerbating her symptoms, about what could happen to her mother if she had exposed her to the virus, and whether she had exposed her co-workers, her elderly and vulnerable patients, or the faculty at her nursing school.

“I was terrified,” she said. “I had to contact my work, school, everyone I might have been around. It could have had a huge ripple effect.”

But it turned out, Hartley didn’t have COVID-19. Her test results had been misread.

That finding was later confirmed with Rochester General and the Monroe County Department of Health, according to paperwork Hartley provided to CITY.

Testing for COVID-19 has been an endeavor across the country, and overextended health care workers on the front lines of the pandemic, who are conducting tests and interpreting their results, are only human.

And no medical test is 100-percent accurate. Indeed, as testing has become more available, doctors have said they are encountering a troubling number of "false negatives" — results that indicate patients aren't sick when, in fact, they are. A highly-publicized Chinese study, which has not been peer-reviewed in the United States, estimated the proportion of false-negatives could be as high as 30 percent.

In such cases, doctors say the stakes are high because the inaccurate results could lead to the infection being spread by patients who have a false sense of security about their condition.

But instances of people being told they're sick when, in fact, they aren't, have happened, too, and the consequences in those cases can be unwarranted panic and the upending of lives.

For example, Hawaii’s Department of Health two weeks ago reported the state’s first death from COVID-19, only to backtrack the next day and admit the test had been misread. The deceased, in fact, did not have COVID-19.

A few days later, the same thing happened in West Virginia, when a 76-year-old man in a long-term care facility was reported to be the first COVID-19 death in that state. The state’s Department of Health and Human Resources later clarified the case was not a COVID-19 death.

In Colorado, Dafna Michaelson Jenet, a state legislator, announced she had tested positive. Six days later, she announced that she was negative and that her doctor had misread the test.

Those instances, like Hartley's, appear to have been caused by an erroneous human interpretation of test results rather than faulty tests.

Dawn Riedy, system chair at Rochester General Hospital labs and pathology, said the hospital has not corrected any test results or charts.

“We have not, I repeat, not changed any test results,” Riedy said, speaking generally of the tests the hospital has conducted and not specifically to Hartley's case.

Hartley provided to CITY what medical records of hers she could, however, and described how she learned of her test result by phone. She said the Rochester General representative who delivered the news that she was positive first told her she was negative, then, after putting her on hold for what Hartley estimated was 10 minutes to clarify the results, returned to tell her she was positive.

The test Hartley received was what known as a reverse transcription polymerase chain reaction (RT-PCR) test, which looks for the genetic fingerprint of coronavirus. It is the standard nostril-swab test being used around the world.

“No test is absolutely perfect, but as far as performance, this is the gold standard as far as diagnostic tools,” said Roberto Vargas, Rochester General Hospital’s system associate chair of labs and pathology.

Since receiving her correct results, Hartley has been cleared to leave isolation and has returned to work.

As a member of the medical community, Hartley acknowledges that the pandemic has stressed labs, hospitals, doctors, and nurses. But she also believes that her experience should not have happened, and could have caused unwarranted alarm.

“It’s crazy to think I almost informed my job that, ‘Hey, I might have exposed all of these people,’” Hartley said. “I’m very glad I didn’t, because there would have been an entire building full of people that would have needlessly needed to be tested or would have been isolated. It would have put everyone into a tailspin.”