I Scene It: U2 at New Era Field

PHOTO BY JOHN SCHLIA
I underestimated U2. Of course, I know the band and its music — and I understand the band's massive relevance in rock history — but until Tuesday night, I'd never fully grasped what a powerhouse it is still.

There's a reason the band can pack out Buffalo's New Era Field: U2 delivers a show that's tight, deep, and outright impressive. Out on a 30th anniversary tour for its iconic "Joshua Tree" record, the band ripped through four big tracks — opening with "Sunday Bloody Sunday" no less — before launching into the album. Following a lengthy, 15-song set, the band came back out for an energetic six-song encore, including "Vertigo," "Elevation," and "One."

"Big" might be the appropriate all-around term for the show. The crowd was big. The sound was big. And the band was dwarfed by a 200 foot by 45 foot screen (made up of 1,040 individual panels). Behind each "Joshua Tree" track, videos created by Dutch filmmaker Anton Corbijn explored the album's Americana themes. A long clip of hitchhikers walking a desert road backed "Where the Streets Have No Name." Shots of Native Americans, Southwestern landscapes, and Joshua trees loomed over the audience.

While U2's music, stage show, and video work were objectively great and well-done, the band was at its best when it broke loose and really got political. U2 is a political band, but for a long time, it has acted on a middle of the road, "everyone can agree on this issue" platform — the kind of faux-inspirational work that will get people to donate to the Red Cross (which the band promoted Thursday in the wake of Hurricane Harvey) rather than to a Houston food bank or Texas organizations. The band (at least not on stage) doesn't dig  past the surface of issues like racism, xenophobia, or anti-worker sentiment, and deliver grassroots support or solutions that are needed. It's easy to say "women need to be respected and supported," but would the band tell the crowd to stand with Planned Parenthood? Or would Bono use the microphone in the Bills' stadium to champion Black Lives Matter rather than just play a snippet of Martin Luther King Jr.'s "I Have a Dream" speech?

But when U2 opened "Exit" with a clip from a 1950's TV western called "Trackdown," featuring a con man named Trump that promises to build a wall around a town in order to save it, the band finally showed its teeth. The song dives into the mind of a deranged killer — and features the line "He saw the hands that build could also pull down" — and with a gritty guitar and chaotic camera work projected on the screen, U2 took a step beyond impressive and into something powerful.

Slideshow I Scene It: U2 at New Era Field 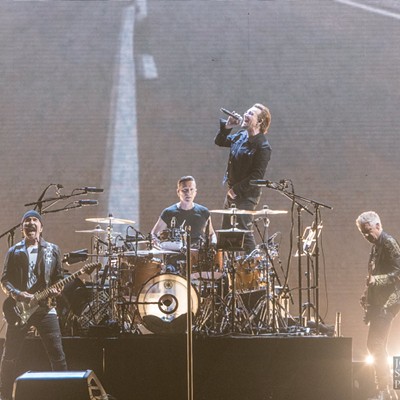 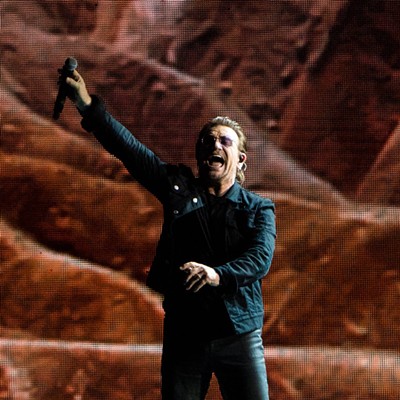 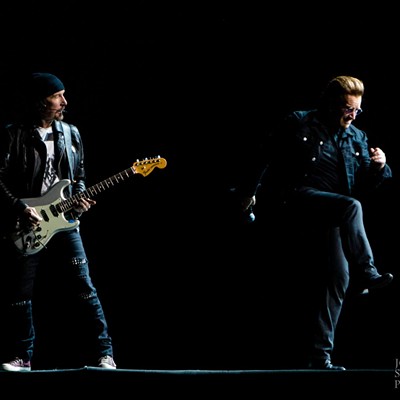 I Scene It: U2 at New Era Field
By John Schlia
Click to View 6 slides