I Scene It: The Cactus Blossoms, Kaki King, Danielle Ponder and the Tomorrow People 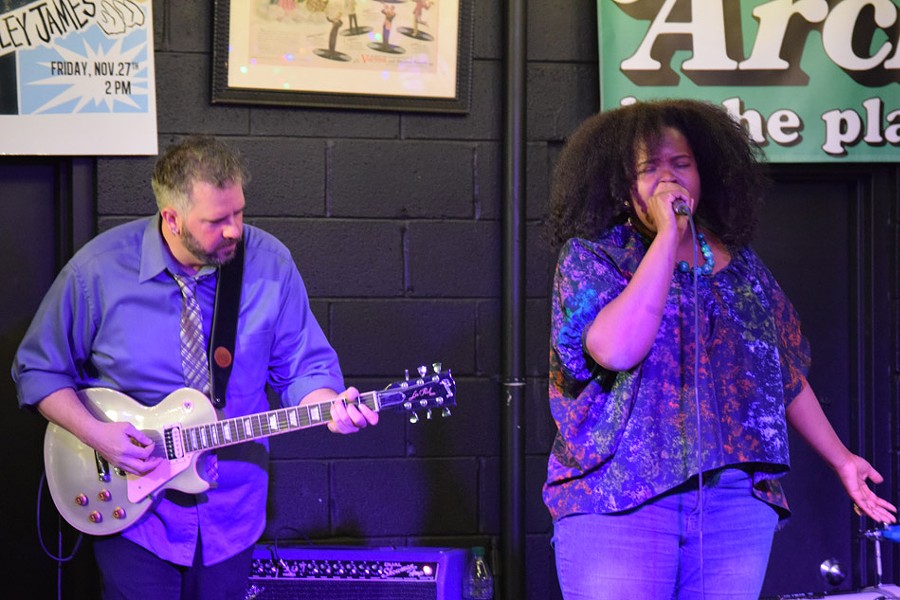 It was high time to visit that saloon outpost in the heart of Rochester, Wednesday night, for Minneapolis-based gunslingers The Cactus Blossoms. The Bossa Nova Bradley Brothers were in stride when I got to Abilene Bar and Lounge, and I arrived to hear the closer, a nifty rendition of the Sergio Mendes classic "Mas, Que Nada." It's not every day that you get to listen to live samba or bossa nova so the quartet was a pleasant surprise.

It was either Jack Torrey or Page Burkum -- one of The Cactus Blossoms duo, anyway -- who downed a shot of firewater before he strapped on his guitar and set fire to the stage. Both Torrey and Page are brothers, guitarists, and frontmen of the country-influenced band. Much of the buzz surrounding the pair has to do with their vocal harmonies that have drawn comparisons to Phil and Don Everly. At Abilene, The Cactus Blossoms performed a solid 90-minute set that pulled from a vintage-sounding songbook of mostly originals. The quartet was vaguely reminiscent of Chris Isaak but drifted toward a traditional direction, and The Cactus Blossoms partied like it was 1959. The audience definitely liked what it heard and I hope the band will be back before too long.

Avant-garde artist Kaki King brought her solo tour, "The Neck is a Bridge to the Body," to a sold-out Little Theatre on Thursday night. If you describe King as a cross between Rodrigo y Gabriela and Big Science-era Laurie Anderson you would not be wrong. King wore white sunglasses and was decked in all white from head to toe when she walked onto the stage. Her guitar was already waiting, mounted on a stand. King's fingers danced along the neck playing it like a keyboard and at times, a drum. The visual component of the concert consisted of videos projected on and around the stationary guitar. King did not speak or sing during the entire performance but let her guitar do the talking with instrumentals that moved fluidly from one genre to the next. When it was over she picked up a microphone and began to discuss her music, which added a human touch to all of the lights and sounds.

Local favorites Danielle Ponder and the Tomorrow People played the Record Archive's backroom lounge for an early concert on Friday. The quintet performed a short but powerful set and proved why it is on the cusp of something big. The band was tight. The Tomorrow People provided a steady hand for Ponder who brought her strong voice and mixed in stories behind the songs. Her message akin to that of performers including Michael Franti -- or even the late Joe Strummer seemed to resonate with the crowd. What stoked me the most was the quality of the songwriting; a few of the tunes like "Working" connected with me instantly.