I Scene It: KISS at Blue Cross Arena

I piled into the Blue Cross Arena with the local contingency of the KISS Army for the band's show Monday night. Everything in rock 'n' roll these days seems to be in flux, and aging rockers -- fans and bands alike -- are busy re-inventing themselves to smooth the jones.

Openers The Dead Daises was an all-star group of sidemen whose collective resume included Motley Crue, Ozzy, Ted Nugent, Whitesnake, and Dio, just to rattle off a few. The band played a spirited set in the Record Archive's back room just a few hours before plugging in and blowing off the BCA doors. The band is classic but not too predictable; there's still a threat, that edge. It is one of the few bands out there playing classic-style rock that isn't some dinosaur re-hash. One complaint, though: too many covers. I know, I know, they're good for singing along to. 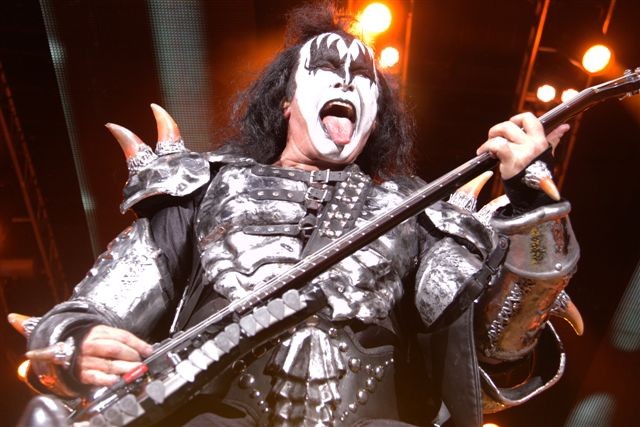 The spectacle that is KISS exploded onto the huge stage with the pomp of a debutante ball in a hurricane and launched into my two favorites -- "Detroit Rock City" and "Deuce" right out of the gate. KISS offered nothing new, and that was alright.

The audience, me included, want our explosions, pyrotechnics, thundering drums, screaming guitars, demons spitting blood, high wire antics, and nothing from the band's albums after the first four (I'm sure not everyone agrees with me on that point). And though the stage show commands attention, the band's playing was as tight as ever and didn't let up for two hours except when pausing to salute the troops. It was a surreal rock 'n' roll moment when Paul Stanley led the crowd in the Pledge of Allegiance. KISS proved there's music out there for aging rockers on and offstage. Whew, I'm not obsolete just yet.