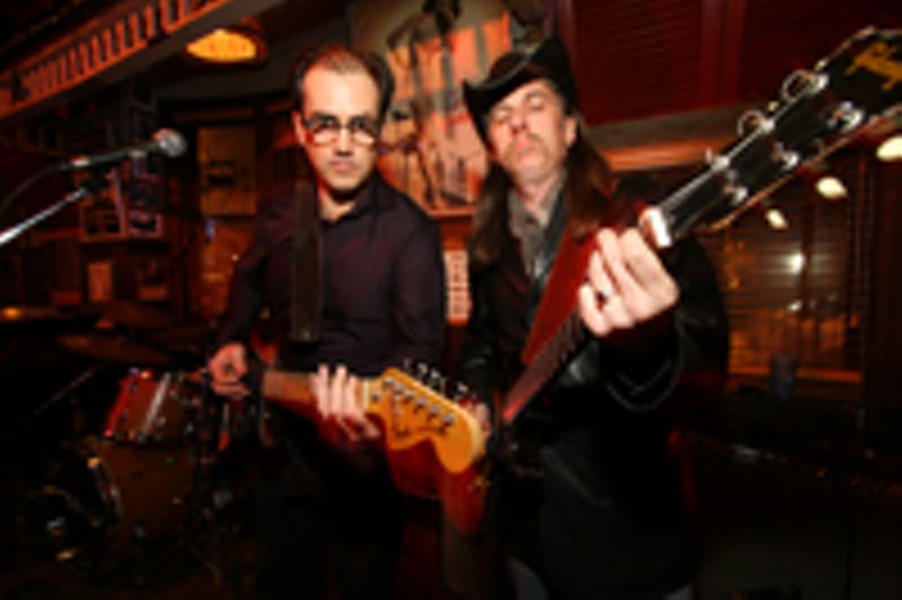 I know, I know. I'm a bit of a musical elitist. As much as I wanna share every cool thing I hear, I still consider a lot of it mine, all mine. Take for instance The Style Council, Paul Weller's post-Jam soul excursion in the late 1980s. My Ever Changing Moods is a fantastic record that many folks have never heard. I'm always happy to turn them on to it, as it creates a sort of musical immortality. (I dunno about you, but I always remember who turned me onto what.) Well, imagine my surprise when a whole bunch of people became unwittingly hip to the band via piped-in music at Wegmans... in Greece no less. I'm sure it went in one ear and out the other for many --- as did the Whitney Houston, U2, and ABBA tunes also playing on the PA --- but it thrilled me no end as I rolled down the cereal aisle.

Last Friday it was Joe Beard and his red guitar burnin' down The Clarissa Room. Joe's shuffle and twang kept the melting pot on the dance floor boiling all night. The late John Starr smiled down on it all from his picture on the wall.

Dino dignitary Scott Sterling got up on stage Saturday night and whipped out some sterling licks on Steve Grills' battered Jr. Grills and his band were deep in the pocket as always, while Grills and Sterling traded sky-scraping solos in a classic six-stringo lingo.

Missed El Destructo and The Grinders open for St. Phillip's Escalator at The Bug Jar later the same night, but got there in time to watch as SPE's set careened to a close with plenty of fall-to-your-knees pathos and summertime blue cheer. They fuckin' rock.