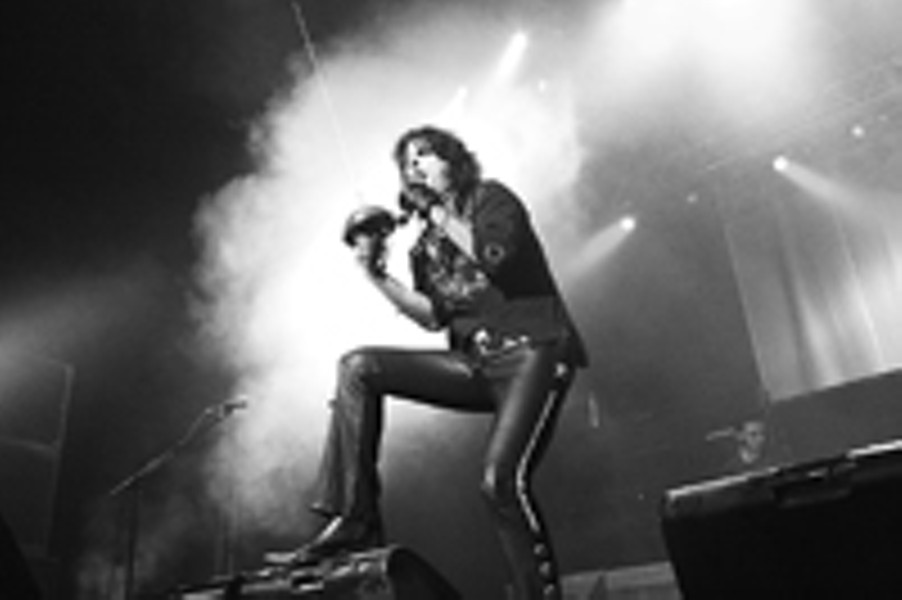 Throughout his almost 40-year history, shock-rocker Alice Cooper has remained atop the genre he created, with all its horror and theatrical splendor. And the beauty is that even if you dug the guillotines, the necromania, and the androgynous creep factor, you knew it was really about the music. Sure Alice made parents cringe, but it was simply a diversion from the real evil, the real psycho-sexual thrill found only in the soul of Detroit rock 'n' roll. While mom, dad, and the squares pointed and cringed and laughed --- and stayed out of our way --- we got beyond the blood and guts and got down.

This works both ways, as proven Wednesday, October 25, at The Auditorium Theatre when Alice rolled into town with Cooper acolytes Wednesday 13. The crowd of 1,400 clocked in mostly at over 35, including face painters who did so in homage to Cooper's rock. What event other than hockey (or I guess KISS) would get these otherwise ordinary beer-drinking guys to let loose like this? I mean, these are guys that think, and I quote, "Marilyn Manson's a fag."

Cooper knows his crowd, and classics like "No More Mister Nice Guy" (Pat Boone I forgive you) and "Billion Dollar Babies" blasted out early in the set drove the crowd wild. His band was tight and rode the metal/glam/r&b teeter-totter brilliantly. The set was a little more elaborate than last year, and Alice raged and swashbuckled all over it throwing necklaces, money, dirty looks, but alas, no chickens.